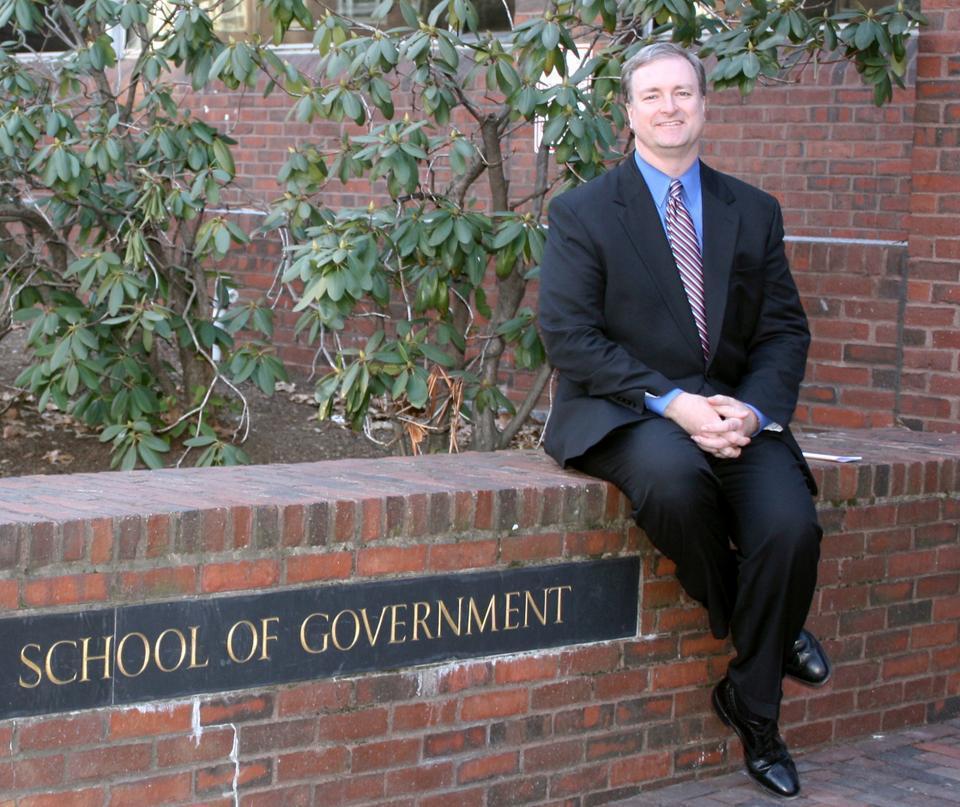 Director of the John F. Kennedy School of Government Trey Grayson, pictured above in 2011, has announced that he will be stepping down from the position.
By Forrest K. Lewis, Crimson Staff Writer

Institute of Politics Director C. M. Trey Grayson ’94 will step down from his current position on June 30. Grayson announced his plans to return to his home state of Kentucky following the end of the academic year in a letter posted on the IOP website Tuesday.

Grayson cited his responsibility to his two daughters in the fifth and eighth grade as his main impetus for resigning. He said he has no immediate plans to run for a future political position.

“I’m not in a hurry running for politics,” Grayson said, adding that he may have an interest in continuing his political career after his daughters leave for college.

Grayson was elected Kentucky's Secretary of State in November 2003 at the age of 31, becoming the youngest in the nation to hold the position at the time. After losing to Rand H. Paul in the 2010 GOP Senate primary in Kentucky, Grayson accepted the position of IOP director at his alma mater. Grayson has served as the IOP’s director since his appointment in January 2011.

As an undergraduate at the College, Grayson was involved in IOP student leadership. He helped organize forum events and participated in study groups, eventually rising to the position of vice chair of the student advisory committee.

“The IOP was a big part of my life,” Grayson said. “I spent a lot of time here, going to events, organizing events—15 to 20 hours a week during the semester.”

Grayson has engaged with students during his tenure in a number of settings beyond the IOP—as a freshman advisor, a faculty fellow for the men’s basketball team, and a member of the Kirkland House Senior Common Room.

Students who have worked with Grayson agreed that his commitment to engaging with undergraduates directly correlated to his success at the IOP.

“I think that Trey, for someone as accomplished as he is, is unbelievably, remarkably easy to talk to,” President of the IOP Eva A. Guidarini ’15 said. “He’s incredibly friendly, he’s incredibly engaged, [and] he’s always involved.”

Harleen K. Gambhir ’14, who has served on the IOP’s Student Advisory Committee since her freshman year, has seen Grayson interact and mentor students since he was hired in 2011.

“He provided this really great role model of showing [students] that it was possible to be a student and to be at the place that they are and go on to take an active part in public life,” Gambhir said.

Although Grayson will be leaving his position of interacting with undergraduates, he hopes to continue influencing others.

“I do have an interest in trying to figure out how I can continue to make whatever community it is where I live, or the country, a better place,” Grayson said. “Even if I end up in a private sector type of job, I want to be a community leader, or a statewide leader, or whatever.”

Kennedy School Dean David T. Ellwood ’75 cited the push for use of digital media, expansion of internship programs, boosted attention to the IOP’s young voter polling project, and growing student interest in IOP programming as elements of the legacy Grayson will leave at the IOP.

Ellwood also announced that a selection committee will immediately begin the process of identifying a successor.