Dean of SEAS Joins Board of Directors for Photonics Company 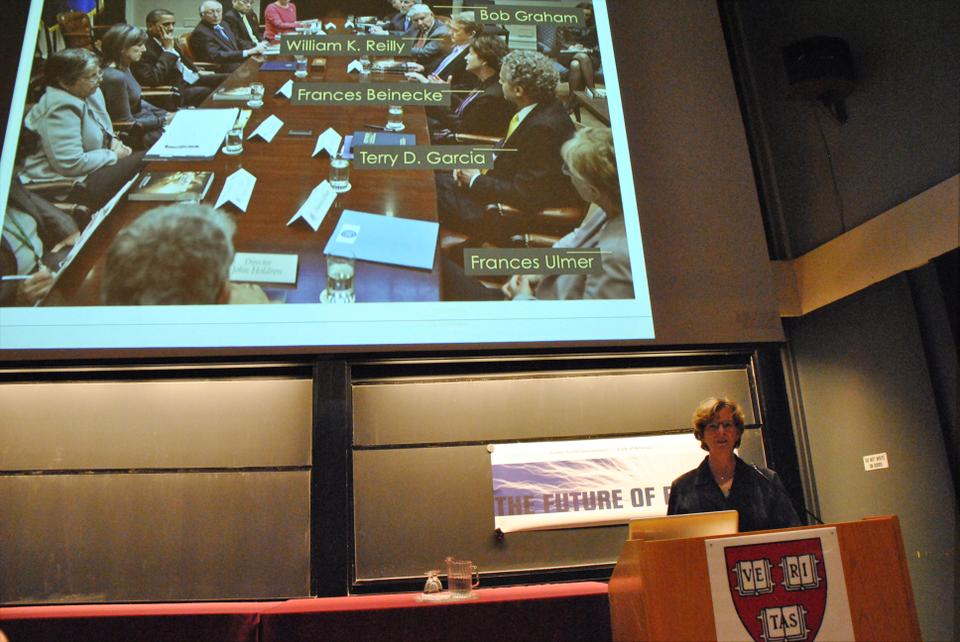 Dean of Harvard School of Engineering and Applied Sciences Cherry A. Murray, pictured above in 2011, has joined the Newport Corporation Board of Directors.
By John P. Finnegan, Crimson Staff Writer

Cherry Murray, dean of the School of Engineering and Applied Sciences, joined the board of directors for Newport Corporation,a technology company that specializes in providing hardware for photonics and optics research, last week.

The news was announced last Wednesday in a press release issued by the company. According to Charles F. Cargile, the Chief Financial Officer of Newport, the company began the process of searching for new board members over a year ago after the company’s mandatory retirement age required two of the current board members to step down after this May.

According to Cargile, Murray’s tenure officially began when the announcement was made. As part of her duties as a board member, Murray will be required to attend a quarterly board meeting, with the next one being this May.

However, Cargile said, a board member’s responsibilities are not limited to simply attending meetings. “It’s expected that each board member will do their homework,” he said in a phone interview Monday.

One of the reasons Newport reached out to Murray, Cargile said, was because “it’s very important for Newport to have good insight into university programs.” Cargile added that around a quarter of Newport’s business derives from selling hardware to university and government-funded labs around the world.

“All the components that make up a laser are sold by Newport,” Cargile said, adding that he was certain that some Harvard labs purchase their laser equipment from the company.

According to an email from Paul Karoff, communications director for SEAS, Newport Corporation is the only for-profit board that Murray serves on. She has also served as a board member for several scientific organizations in the past, including the National Academy of Sciences Council and Executive Board and the American Association for the Advancement of Science Board.

Murray is not the only Harvard administrator to serve on a company’s board. University President Drew G. Faust has served as a board member for Staples since early 2012, and Nitin Nohria, dean of Harvard Business School, serves on the advisory board of Piramal Realty, a real estate company based in Mumbai. In addition, David Ellwood, dean of Harvard Kennedy School, serves on the board of Abt Associates, a government and business research consulting firm.

Cargile said that Newport Corporation was “excited” to have Murray on board, saying that “we did a very thorough review process… Dr. Murray was such a good fit.”