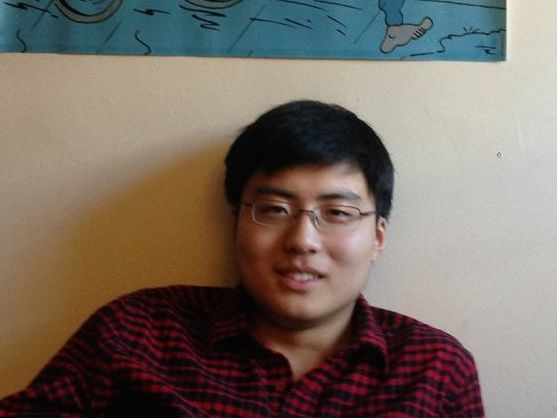 Andrew Sun '16 died early Monday morning. He is remembered by his friends and teachers as a bright student, humble listener, and passionate spiritual mentor. By Courtesy of Galt Macdermot

Whether he was on the basketball court or in a Bible study, friends and teachers remembered Andrew ‘Andy’ Sun ’16 as a bright student, a humble listener, and a passionate spiritual mentor.

Sun, an Economics concentrator from New Jersey, died early Monday morning in Massachussets General Hospital, where he was being treated for injuries he sustained after jumping off a Boston building on Sunday. Sun, who was 20 years old at the time of his death, was a resident of Pforzheimer House.

In an email to Pforzheimer House residents, co-House Masters John R. Durant and Anne Harrington ’82 invited students to a community gathering in Pforzheimer on Thursday at 8 p.m. According to the email, there will be readings, music, a candle-lighting ceremony, and collective and private opportunities to share memories of Sun.

Well-known on campus for his active involvement in Harvard College Faith in Action, a non-denominational Christian group, Sun spent much of his time at the College praying with classmates and reading scripture, according to friends.

“He was always really eager to reach other people and pray for and with other people,” Shaun Y.S. Lim ’15, the president of HCFA, said.

According to Lim, Sun and a few of his friends started a morning prayer initiative last fall and invited community members to pray and read scripture with them at 8:45 a.m. every weekday.

John T. Hoffer ’16, a member of the service organization Phillips Brooks House Association, wrote in an email that Sun was also dedicated to mentoring with PBHA and had spent this past J-term tutoring children with the South Boston School program.

“I love everything I remember about Andy Sun,” Hoffer wrote. “His personality is genuine, and that's what made his long laugh so breathtaking.”

Sun attended Montville Township High School in New Jersey, after moving from China the summer before his sophomore year of high school, according to his high school principal Douglas Sanford. During his time at Montville Township, Sun served as president of the math club and was active in the environmental club, robotics club, and the Key Club, according to Sanford, who added that Sun also helped with many other student initiatives.

“Andrew was known as a motivated, inquisitive, and hardworking student, who participated in national and international robotics competitions and co-founded a tutoring business while at MTHS,” Sanford said in a statement.

Sun was also nominated for the Presidential Scholar award during his senior year of high school, took courses at Columbia University, and was a research assistant in the Biomedical Engineering department at Columbia’s School of Engineering and Applied Sciences all before he matriculated at Harvard.

Sun’s academic success continued once he arrived at the College, according to Yaron G. Nili, Sun’s teaching fellow for “Economics 970: Sophomore Tutorial.”

Outside of the classroom, Sun was known for his ambition on the basketball court. Jacob Kim ’16, an HCFA member and an active Crimson design editor, said his favorite memories of Sun are of the times the two would play basketball.

“He was always a relaxed guy too,” Peter J. Hickman ’16 said. “I often always remember him being around, hanging out, just seeing what the guys were doing.”

Kim added that Sun was “not quick to speak, more quick to listen.”

Andrew B. Pardue ’16, a friend of Sun’s from HCFA, said that he began going through his email recently after Sun’s death to look for email exchanges between the two. In his inbox, Pardue said he found an unopened email that Sun had sent during finals week last December. Pardue said the email included an encouraging Bible verse.

“This was typical of Andrew, reaching out, encouraging others, and never really expecting anything back from anyone,” Pardue said.