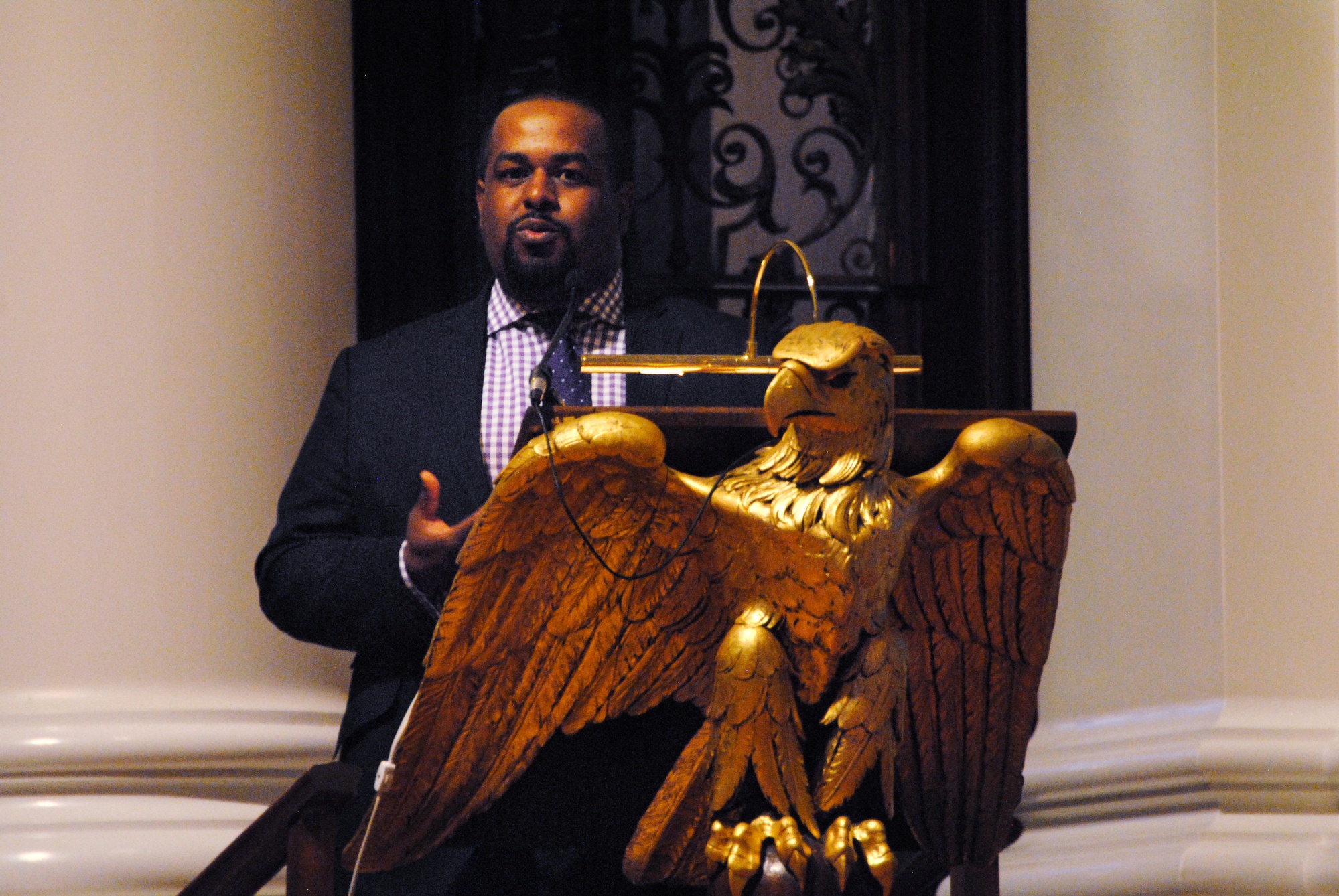 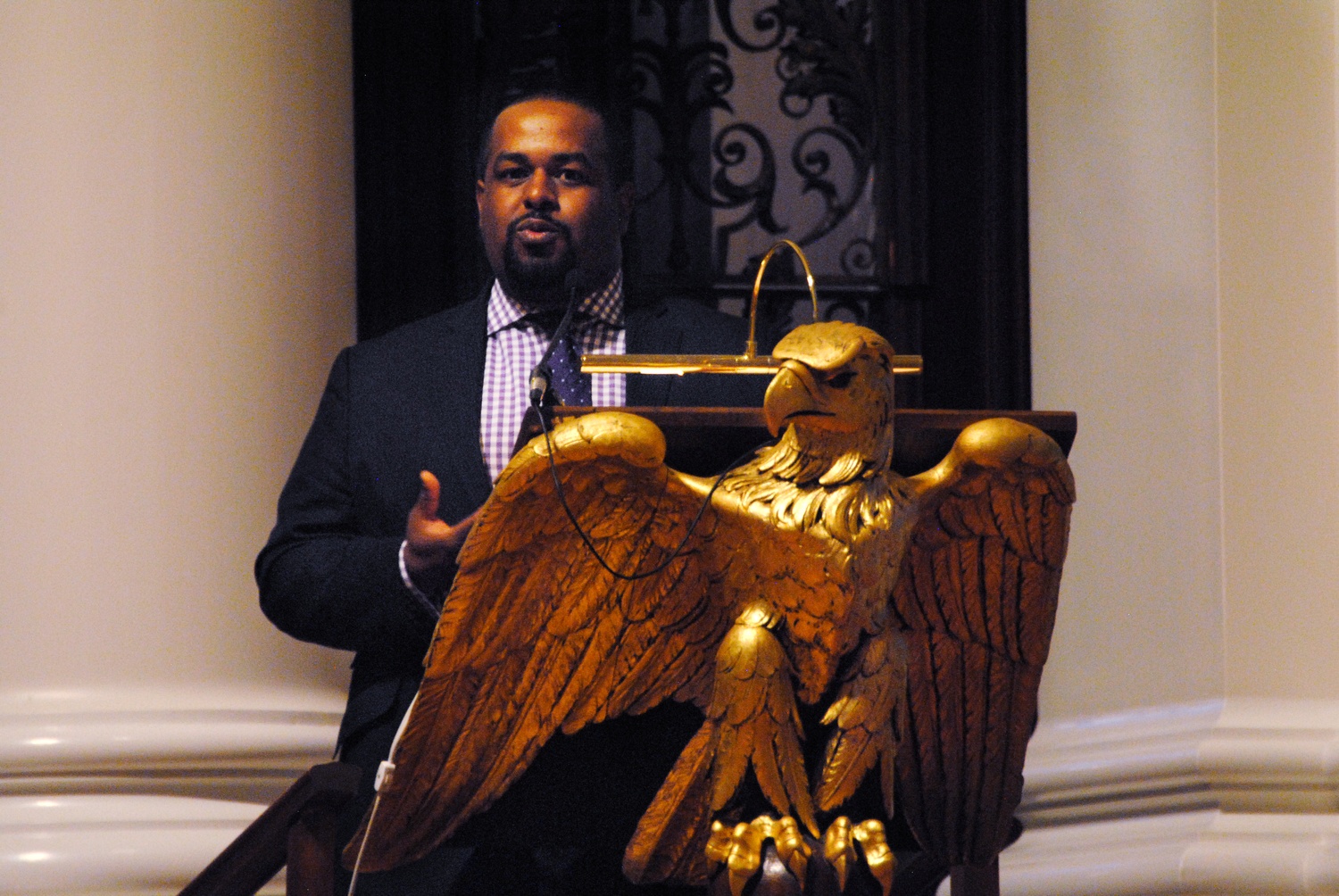 Joshua DuBois, former Special Assistant to President Obama and Executive Director of the White House Office of Faith-Based and Neighborhood Partnerships, gives the William Belden Noble Lecture in Memorial Church on Monday. By Tiana A Abdulmassih

Joshua DuBois, the former “pastor-in-chief” to the Obama administration, gave the William Belden Noble Lecture at Memorial Church on Monday evening, discussing the fragmented state of faith in America and the challenges the nation faces as a result.

In a lecture entitled “Approaching the Ledge: Why America needs a crisis of faith—and why, in order to save religion, we must be willing to let it die,” DuBois argued that modern courageous, moral, and religious leaders seek God for objectively self-centered concerns.

“Instead of seeking God for the big things, far too many people have made God infinitesimally small,” said DuBois, who formerly served as a special assistant to President Obama and an executive director of the White House Office of Faith-Based and Neighborhood Partnerships.

DuBois introduced the concept of “approaching the ledge” with personal anecdotes from his childhood, notably the plight his single-mother faced after leaving DuBois’s father, who he said had physically abused her. He recalled how his mother “improvised a beautiful life for me out of thin air [while also] carrying a hidden burden.”

He said his mother seriously considered ending her life and “walked to the edge,” summoning God to give her a sign of his presence.

In contrast to the issues of “eternal importance” that these iconic figures handled, DuBois said that individuals nowadays concern themselves with issues like “whether Christian bakers should bake cakes for gay weddings.”

DuBois also made note of how progressive congregations have increasingly diminished the role of God.

“The bible has been replaced with a Chomsky reader and the blood of Christ with the fruit punch of politics,” he said.

Amy Wetzel, a student from Eastern Nazarene College who attended the event, said she understood many of DuBois’ concerns. Wetzel said she was “frustrated that people make such huge deals about things that are not as important.”

Sarah Briggette, another Eastern Nazarene College student present at the lecture, said she enjoyed how DuBois “took a specific appreciation for the aspect of the separation of church and state,” despite being both a religious leader and a public servant.

Though DuBois said much of his career is at the intersection of religion and politics, he said he is concerned that figures on both the Left and the Right avoid the act of approaching moral and ethical “ledges” that call for the intervention of an omnipotent God.

“We are afraid of what would happen if we put ourselves and put God in situations that would require more of God,” DuBois said.