Astronomy Chair Breaks Down Search for Other Life Forms 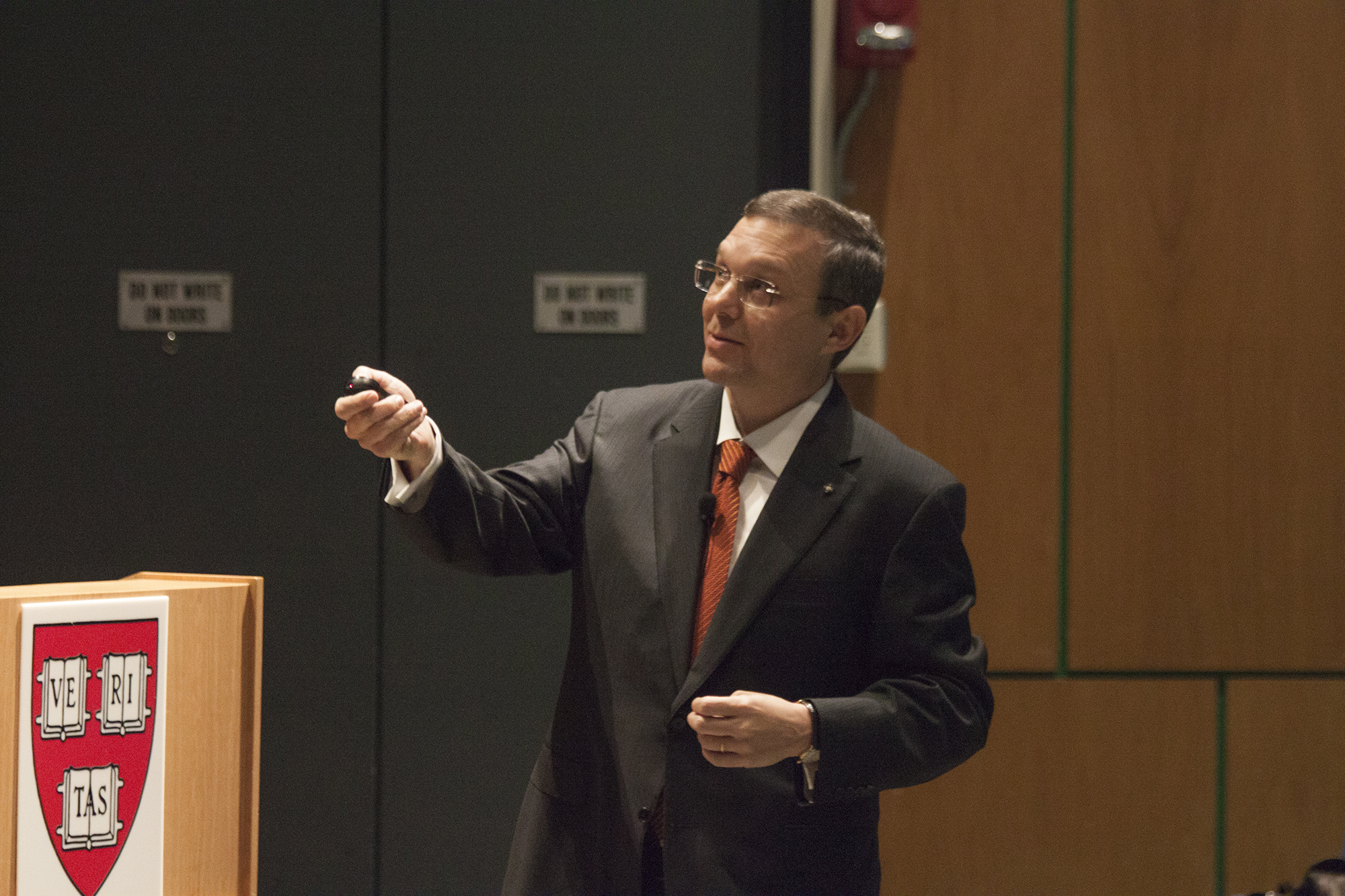 Dr. Abraham A. Loeb, the chair of the Harvard Astronomy department, describes the possibility of discovering extraterrestrial life on Tuesday evening in the Science Center.
By Jiwon Joung, Contributing Writer

Harvard Astronomy department chair Abraham “Avi” Loeb presented cutting-edge techniques in the search for primitive and intelligent life Tuesday evening. Speaking to a room of about 200 people, Loeb introduced several methods used to answer the unsolved question of whether forms of life exist beyond Earth.

One way to answer that question is to locate extraterrestrial life by searching for artificial light on planets, Loeb said. However, as these planets are all orbiting stars, Loeb said, “you get blinded from the light that comes from a star."

This means that cosmologists must effectively block out the light from the neighboring sun in order to see artificial light, according to Loeb. In response, cosmologists have built starshades—large instruments that resemble tents—with specifically shaped apertures that block out light from stars while allowing light from the planet. 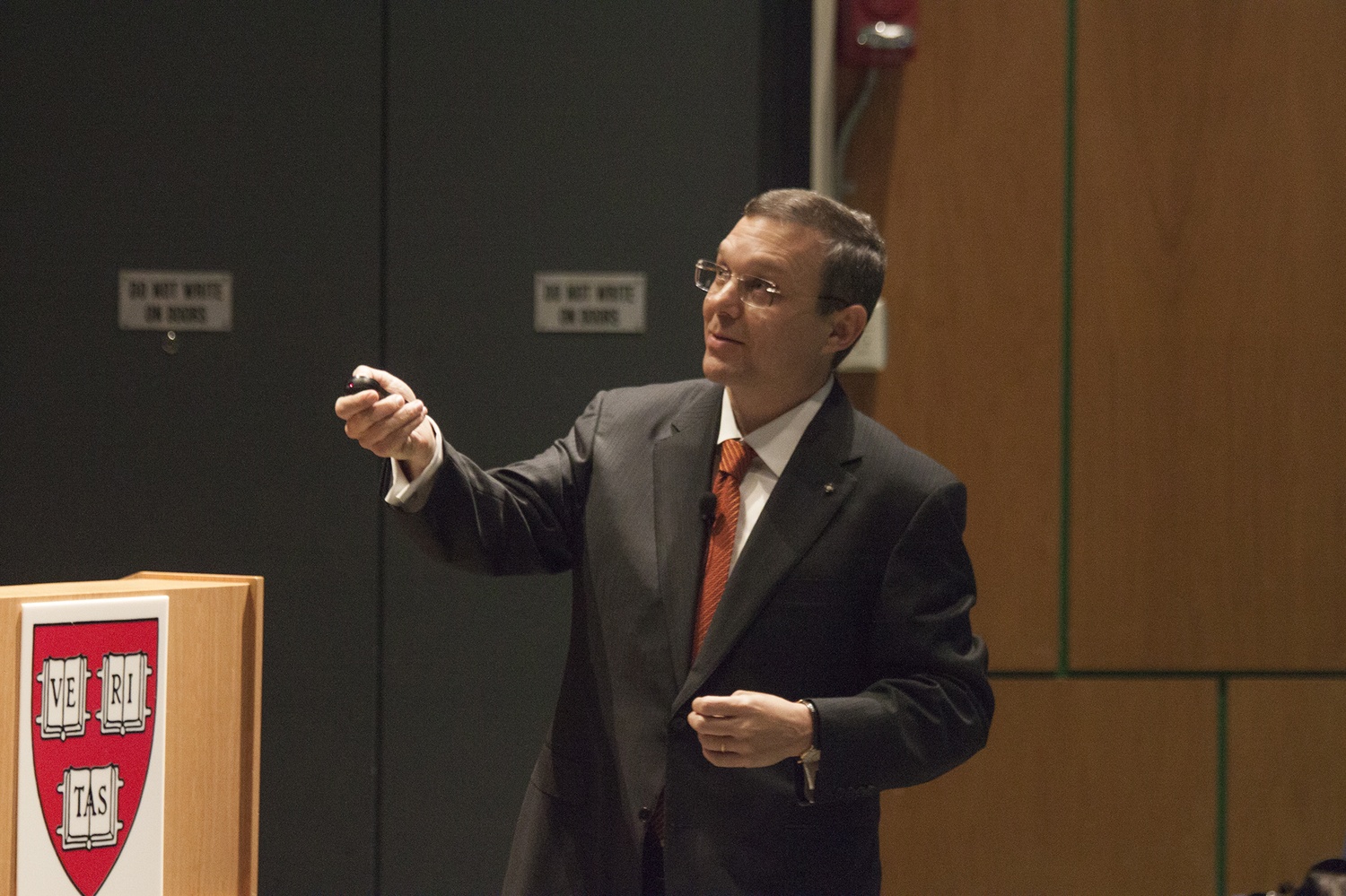 Dr. Abraham A. Loeb, the chair of the Harvard Astronomy department, describes the possibility of discovering extraterrestrial life on Tuesday evening in the Science Center. By Mac G Schumer

Another method discussed by Loeb is to search for biomarkers with large-scale telescopes, defined as those 24-39 meters in size. Harvard is sponsoring the construction of one such telescope, the Giant Magellan Telescope. Telescopes like the GMT have increased ability to detect biological particles on distant planets.

“The best instrument to use would be the James Webb Space Telescope," Loeb said. NASA's JWST is set to launch in October 2018 and is expected to be one of the most advanced telescopes in the current technological arsenal. As it is especially sensitive to infrared rays, Loeb expressed hope that the JWST will finally capture evidence of extraterrestrial life.

Despite current technological progress, Loeb said, “there are some blank pages in the photo album of the universe." There is a rush to locate extraterrestrial life because as the universe begins to expand at an increasing speed, it will become more difficult to detect even the faintest traces of other galaxies, he said.