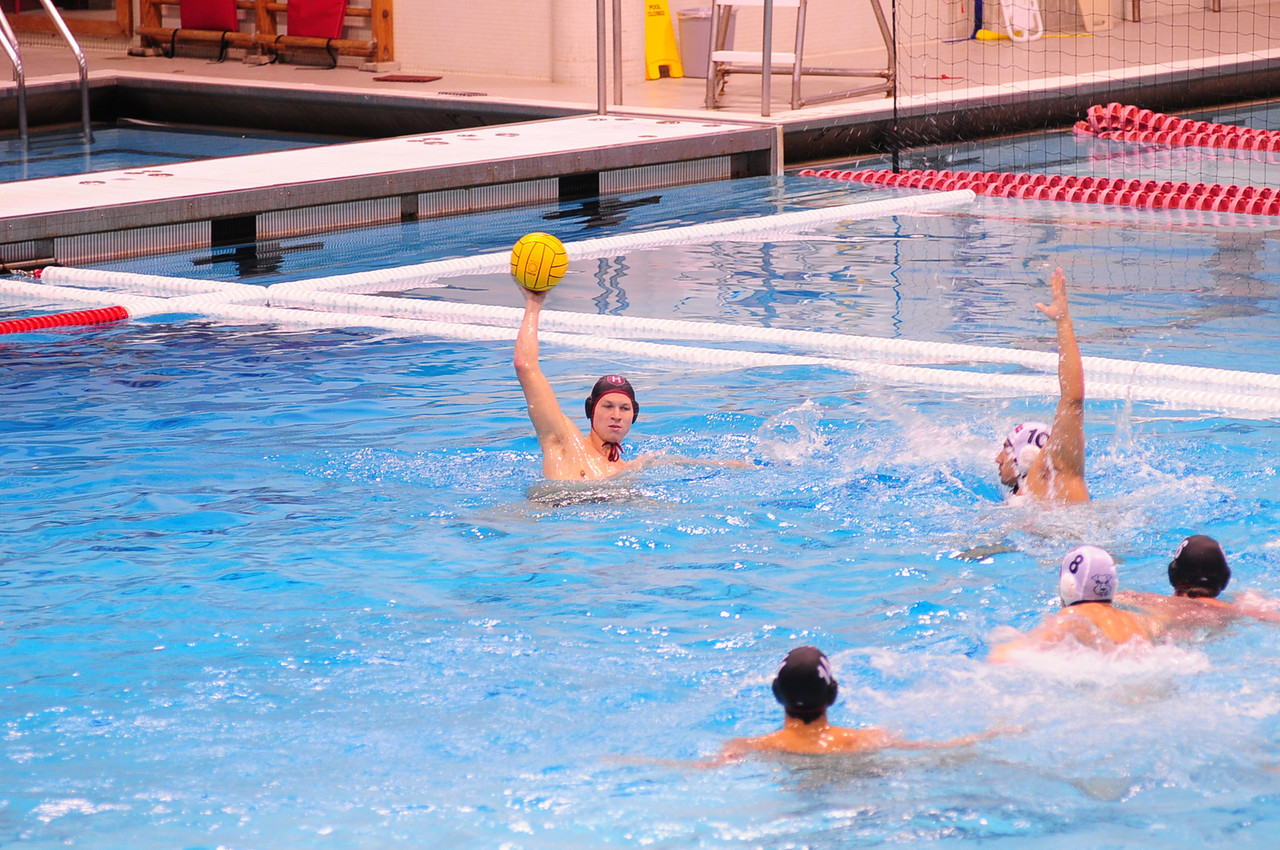 After finishing the 2013 campaign on a strong note, the Crimson will look to carry its momentum into the new season.
By Theresa C. Hebert, Crimson Staff Writer

During the 2013 season, the Harvard men’s water polo team had a complete turnaround, going 3-8 during the first 11 games and 8-3 in the final 11, giving the Crimson its first winning season since 2004. This year, Harvard looks to capitalize on the momentum from the second half of the 2013 campaign.

Losing only two seniors and maintaining the team’s top scorers, the Crimson should have the firepower to uphold its offensive domination, while focusing on improving its defense and conditioning.

“We historically have had great offense, we’ve had great shooters with one of the best 2-meter men in the country, [junior] Ben Zepfel, and our drivers are top notch as well,” senior utility Max Murphy said. “So what we are really focusing on this year and what really makes us a championship team is our cohesive defense. We’re focusing on having a very hard press at the beginning and that other teams can’t get the ball around easily.”

New assistant coach Cassie Churnside, who helped lead Stanford women’s water polo to two national titles in 2011 and 2012, has led the charge in conditioning changes to make the team both faster and better able to put pressure on opponents. Churnside has introduced new swim sets to improve the team’s stamina so that Harvard can more effectively return the ball to its scorers on the other end of the pool.

Harvard once again has a very young team, with Murphy being the only senior on this year’s squad.

This year’s sophomore class will be an integral part to the Crimson’s success, with all three members of the Class of 2017 filling out the top five scorers on the team. Attacker Joey Colton dominated in assists, notching a team-best 57 while also scoring 46 goals. Viktor Wrobel and Dan Stevens joined Colton in tallying 30-plus goals last season, and each will look to make an even bigger impact, now with a year of collegiate water polo experience under his belt.

With many of the team’s top players returning, the newest members of the team—freshmen utility players Colin Chiapello and Harry Tafur and attacker Stephen Cho—will have a chance to adjust to the world of collegiate sports before being thrust into the spotlight.

“They can come in and be freshmen and kind of make their adjustments going from high school water polo to college water polo,” Harvard coach Ted Minnis said. “They don’t have to come in and be impact players. They can spend some time to figure out what their role is because of the roster that we brought back from last year.”

Harvard will play six home matches this year, with four of them against conference opponents. The team has had success in front of its home fans, going 7-1 at Blodgett last season.

After ending on such a high note in 2013, the Crimson has even higher expectations for this year. For Minnis, every match is of equal importance, even the upcoming preseason games, as they will help the team improve before division play. The ultimate goal of the season, however, is to win at the CWPA Northerns at MIT and the CWPA Easterns at Navy in November.

“The Eastern championships, which is our final playoff tournament, is really our main goal this year,” Murphy said. “The winner of the Eastern Championships goes on to the NCAA tournament in California. That’s something we are definitely striving for and setting our eyes on this year.”

Harvard kicks off its season this weekend at the Princeton Invitational, where it will face Diablo Valley College and Bucknell on September 6, and Johns Hopkins on September 7.