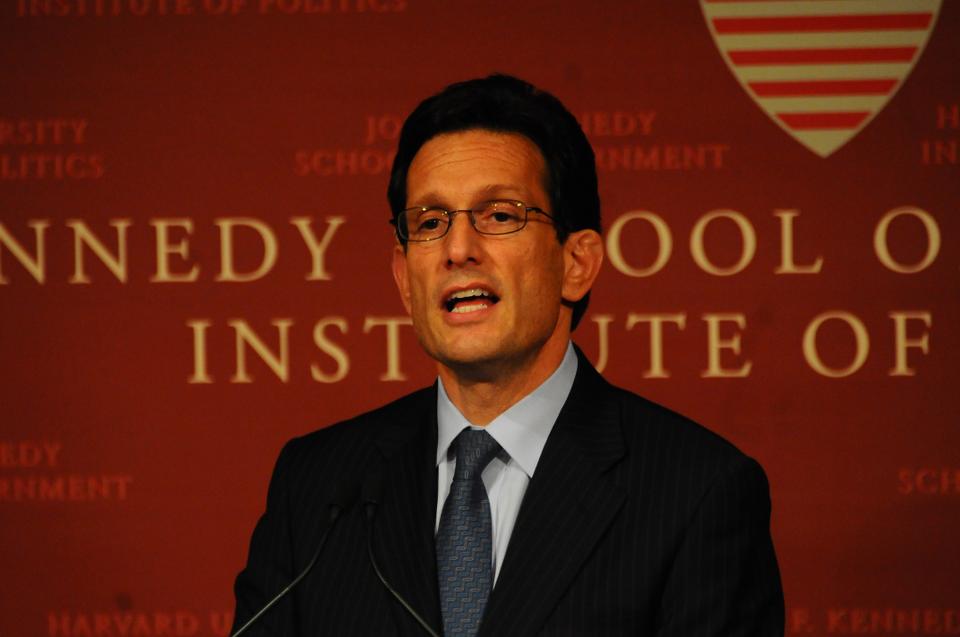 Former U.S. House of Representatives Majority Leader Eric I. Cantor will join the Institute of Politics this April as a visiting fellow, the Institute announced on Thursday.

Cantor, a Republican, served as the representative for Virginia’s 7th congressional district from 2001 until losing in a surprising primary upset in June to Randolph–Macon College economics professor David Brat. Cantor currently serves as vice chairman and managing director at Moelis & Company, an investment bank with headquarters in New York.

Visiting fellows are selected by invitation and generally spend a few days on campus, said Eric R. Andersen, director of the Fellows and Study Groups Program at the IOP. Andersen said that Cantor will host “individualized meetings... with student groups” arranged by the Institute.

Cantor has previously appeared at the IOP as a study group guest and as a speaker at two John F. Kennedy Jr. Forum events, both of which were met by student protests.

Andersen pointed to Cantor’s experience and vision for the future as two qualities he will bring to campus.

“[Cantor] rose quickly and was always recognized as a leader of the Republican Party, both in its present form and its future, and I still believe he has that voice,” Andersen said.

Political satirist Bassem Youssef will also come to campus as a resident fellow, joining former Massachusetts Attorney General Martha M. Coakley and four others named earlier this month. Andersen said that the announcement of Cantor and Youssef’s fellowships came later due to logistical and scheduling issues. Resident fellows are selected through a formal application process and spend the semester at Harvard, leading regular study groups.

Andersen highlighted the “enormous amount of [student] interest” in Youssef’s work and his unique background as reasons for his selection.

“Political satire is not something that we often feature at the Institute but the way that his show affected politics and democracy in that region is really remarkable,” Andersen said.