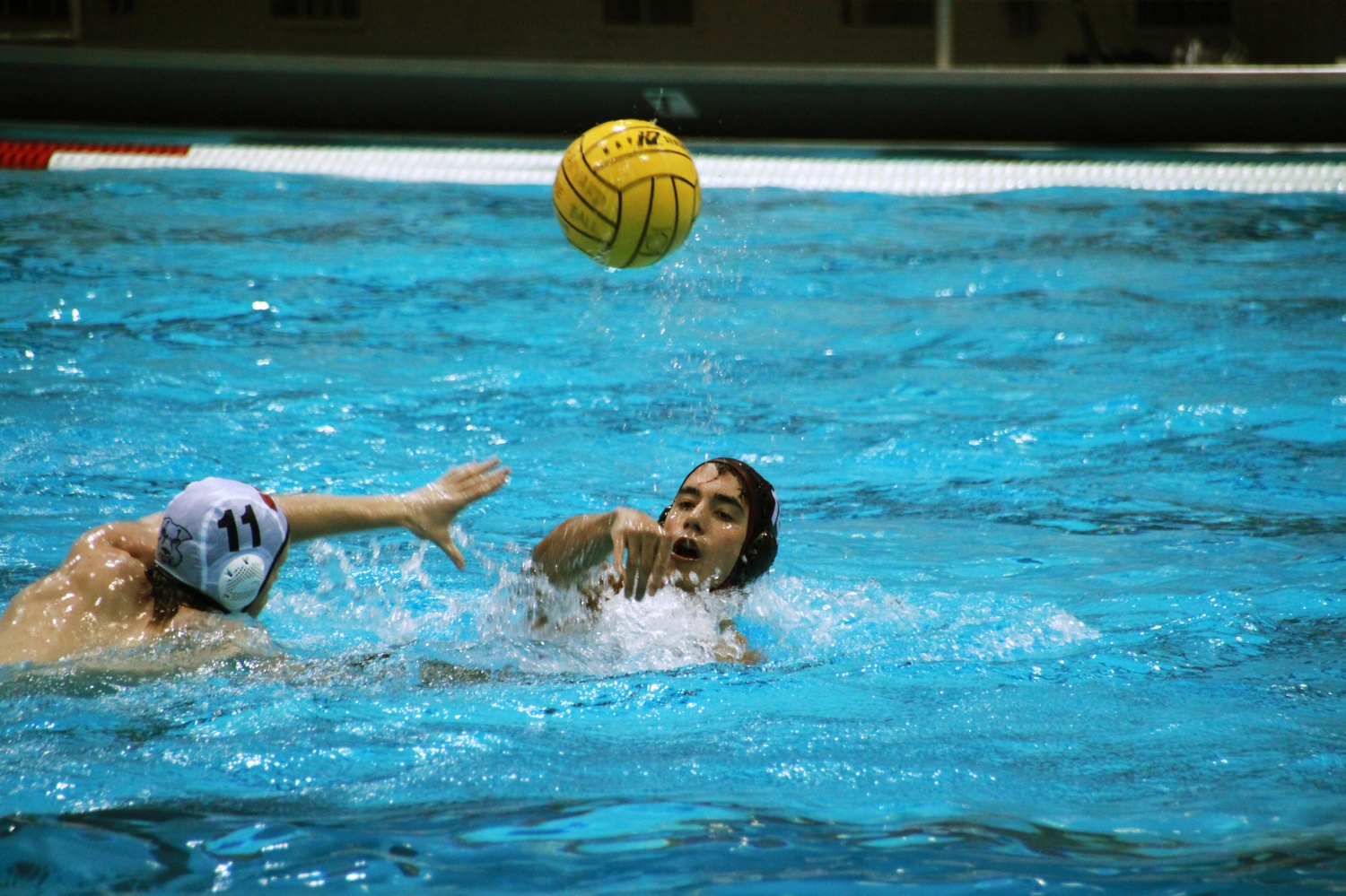 ­The No. 12 Harvard men’s water polo team took down Navy and No. 10 Brown in its final weekend of the season en route to third place in the Collegiate Water Polo Association Championships at MIT.

Led by redshirt senior Noah Harrison—whose eight goals this weekend put him at a team-high 74 for the season—the Crimson (21-10, 9-3 CWPA Northern) defeated the Midshipmen, 19-12, in the tournament’s opening round before falling to No. 11 Princeton in the semifinals, 10-8. It rounded out the weekend with a 14-9 victory over Brown in the third-place game.

Harvard faced rival Brown (24-8, 12-0) on Sunday in the Championship’s third-place match. Having lost in all four previous encounters with the Bears—twice by one goal—the Crimson came in as underdogs but came out on top, 14-9.

Stevens was the team’s catalyst throughout the game, netting two goals immediately after the opening swim off to hand his team a lead it would never relinquish. Another two goals from Stevens helped Harvard take a 9-3 halftime lead.

“My teammates set me up very well, and I was able to finish what they started,” Stevens said. “I’m excited to have the four goals. I’m excited with the way we were able to play, but it was a team effort and I’m proud of how the team played overall.”

Senior goalie Colin Woolway made seven saves to keep the Brown offense off the scoreboard enough to lead the team to a victory, as the Crimson were able to close out the game.

The Pasadena, Calif. native came one save shy of recording 100 on the year.

Harvard faced off against the Tigers (23-4, 8-0 CWPA Southern) on Saturday night, falling just short in a back-and-forth affair to its conference rival, 10-8. The Crimson was paced by senior attacker Blake Lee, who scored a hat trick.

Harvard was down 2-0 less than a minute into the game, as holes appeared in the Crimson defense. But goals from co-captain Ben Zepfel and Lee leveled the game midway through the quarter.

But Princeton responded promptly with two goals before the end of the quarter, taking a 4-2 lead.

“I think Princeton is very fast,” said coach Ted Minnis, “and they transition very well. We had some breakdowns early for them to take that 4-2 lead…. A couple of hiccups in the first quarter kind of cost us the game.”

Stevens and Lee cut Princeton’s lead to 5-4 in the third quarter, but a flurry of Princeton attacks returned the lead to 9-5.

Princeton goalie Vojislav Mitrovic was instrumental in keeping Harvard at bay, making over a dozen saves.

“We did not execute quite as well against Princeton,” Stevens said. “Princeton has a very good goalie, but if we’re going to let in 10, eight isn’t enough.”

“[Harrison] has picked up right where he left it,” Minnis said. “I think everyone on our team is very talented and we can play inside and out, but he is a big threat on the outside. It’s going to be nice for him to come back for one more year.”

The Crimson jumped out to a 4-1 lead through a hat trick of penalty shots taken by Zepfel and Lee. The Midshipmen staged a successful comeback, tying things up at five by the end of the first eight minutes of the contest.

The Crimson were unable to pull away until the third quarter, scoring five unanswered goals to open up a 16-10 lead.

The win was Harvard’s 20th of the season, marking the first time it has done that in back-to-back seasons since the beginning of the century.