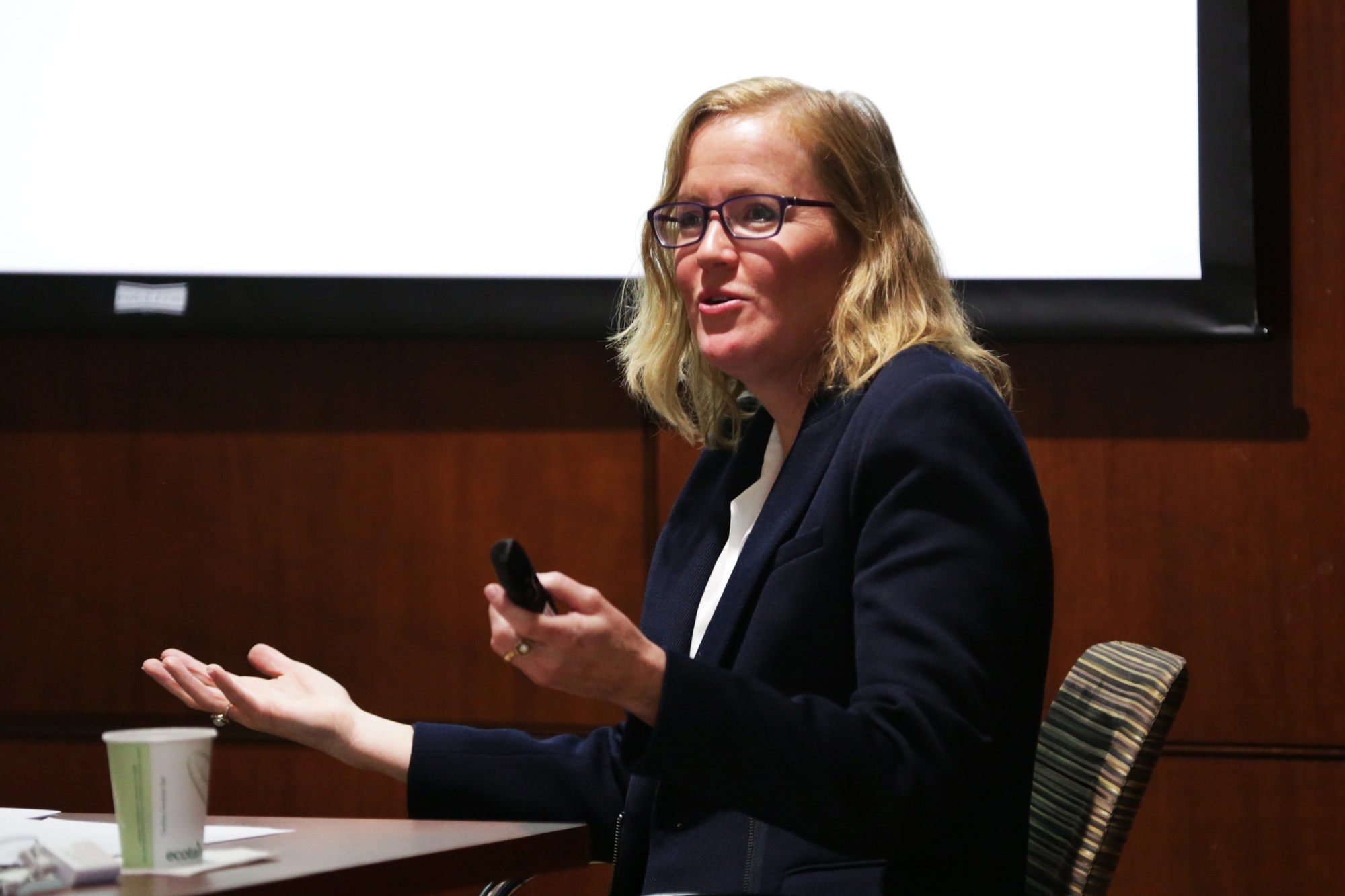 Monica Duffy Toft, a professor of public policy at the University of Oxford’s Blavatnik School of Government, speaks about her recent research on demographic politics as part of the Belfer Center’s International Security Brown Bag Seminar Series on Monday.
By Michelle J. Hu and Jonah S. Lefkoe, Contributing Writers

Leaders and academics may be able to predict the collapse of political states by analyzing population data, said Oxford professor Monica Duffy Toft in a lunch presentation at the Kennedy School of Government on Monday.

Toft’s lecture focused on the application of demography, the study of human population metrics, in the present global climate. She explained how ethnic group dynamics in themselves were responsible for political tensions and state development. Her research spans settlement patterns, ethnic and religious violence, and global demographic trends. 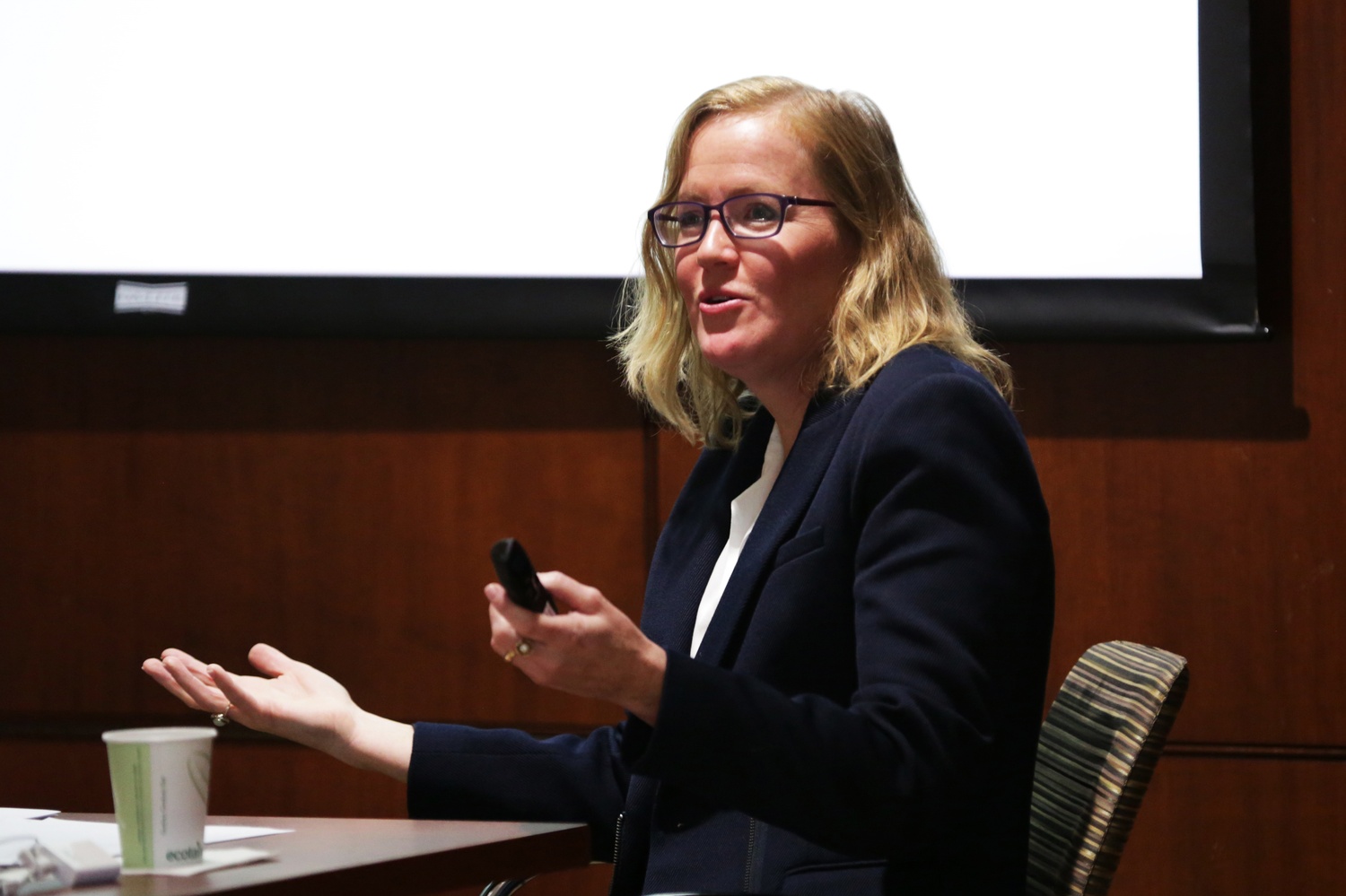 Monica Duffy Toft, a professor of public policy at the University of Oxford’s Blavatnik School of Government, speaks about her recent research on demographic politics as part of the Belfer Center’s International Security Brown Bag Seminar Series on Monday. By Fankai Liu

“I love data,” Toft said as she presented her empirical analysis of state-groups and their development of power.

Toft, who has researched population data from historic and current case studies of political destabilization, explained the connections between these data and causes of conflict. Examples of regions she analyzed were the Middle East, Asia, and Europe.

“In my research, I’m looking at a particular portion of people within a given society,” Toft said. “Where people live and the power of territory and the power of belonging are very important—humans have this very basic attachment to particular territories.”

In her presentation, Toft highlighted her emerging population transition theory, which posits that changes in state population configurations—especially among religious, ethnic, or racial identity groups—can portend civil conflict and destabilization.

“The predictive capacity that we’re trying to build is, ‘If we see these demographic conditions, we might expect a state collapse,’” she said.

In addition to predicting conflict, Toft said, demography can be useful in constructing sound social policies that can bolster countries’ internal stability.

“If it is the case that we can change populations, then there’s real policy traction with that—states can administer their policies better to make the situation better,” she said.

Stephen G. Ruth, a seminar attendee and National Security Fellow at the Kennedy School, said that Toft’s discussion of demography is especially apt, in light of contemporary ethnic conflicts and challenges.

“I thought the lecture helped one appreciate the nature of dissolving and evolving borders that have been predominantly based on minority—how they open one’s apertures to understanding the problems of the 21st century,” he said.