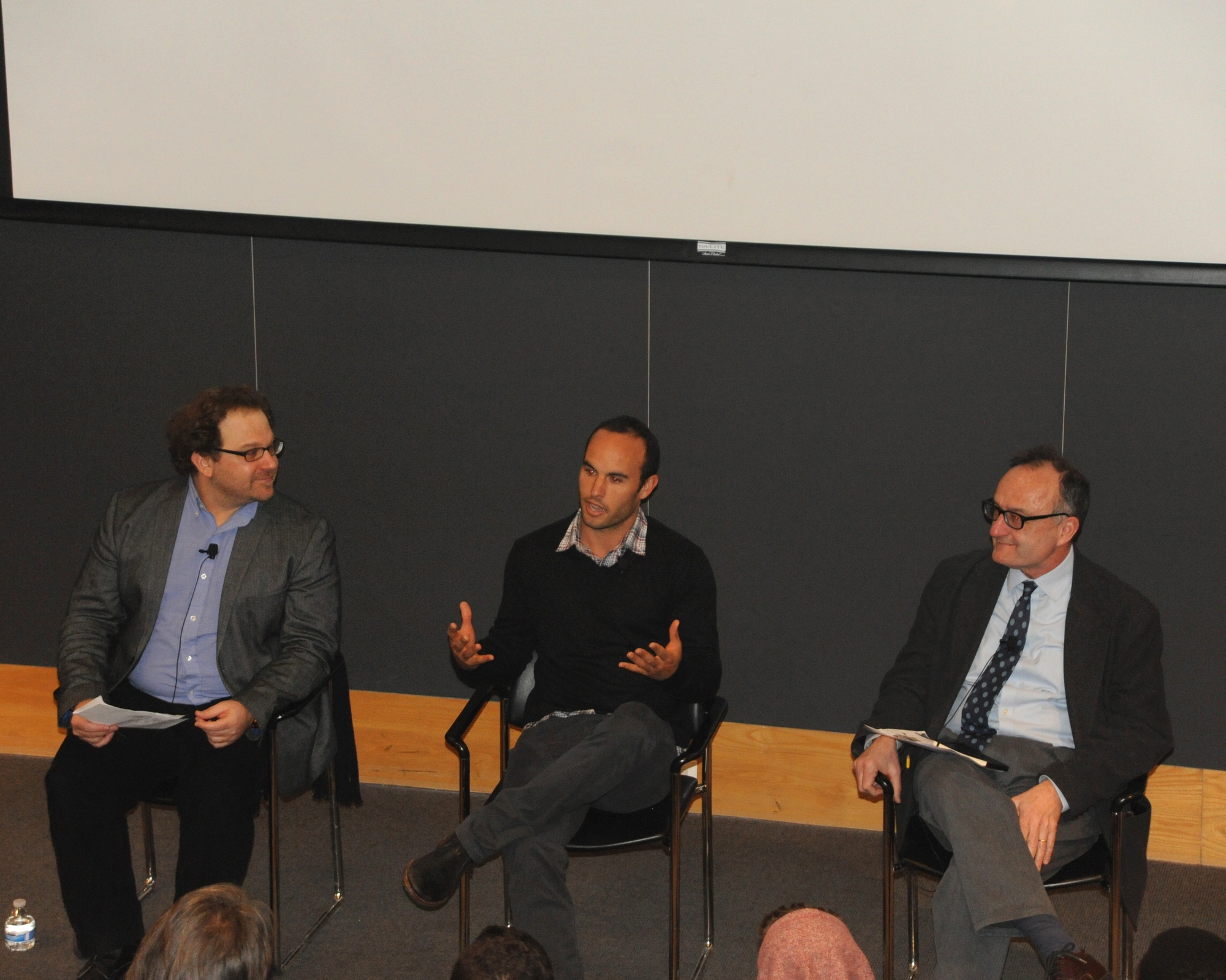 Retired soccer player Landon Donovan spoke as a guest lecturer for Romance Studies 109: “The Global Game: Soccer, Politics, and Popular Culture” about his hopes for the growth of soccer culture in the United States on Wednesday afternoon.

From Donovan’s personal account of getting caught urinating in a line of bushes outside a Mexican stadium to discussion of issues of race and mental health in international soccer culture, the question and answer session touched on several facets of Donovan’s personal and athletic life.

Romance Languages and Literatures professor Mariano Siskind, one of the course’s two instructors, said he was prompted to invite Donovan to speak when he learned that the player was retiring and considering academic pursuits. 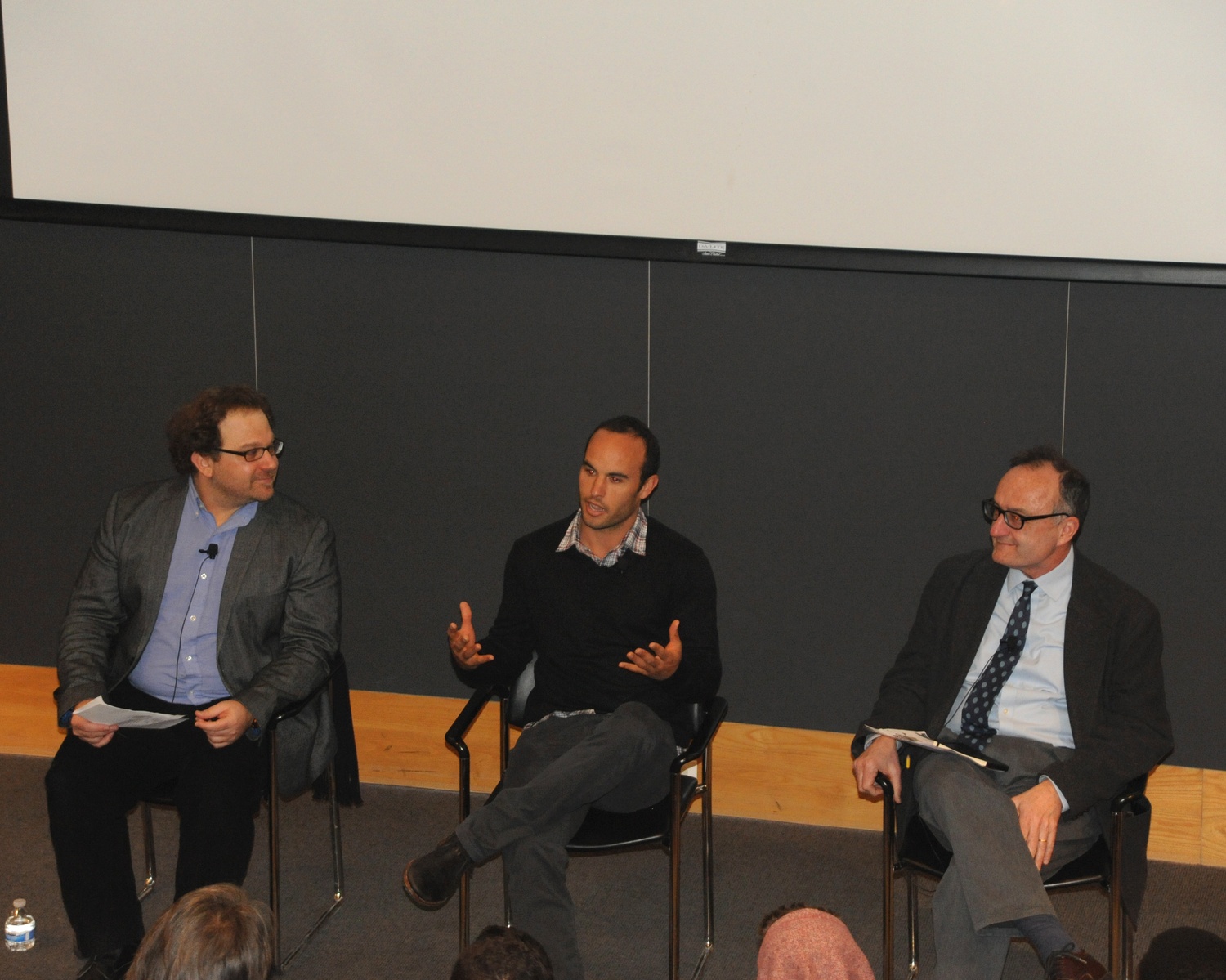 “I said this is a marriage made in heaven. I looked up his agent, sent him an email with an invitation and proposal and explained what the course was about, and he said yes right away,” Siskind said, adding that the Department of Athletics provided funding to bring Donovan to Harvard.

He described the course as one that “looks at soccer as a privileged practice and site where social meaning is produced, where subjectivities are formed, a place that has a very interesting and intricate relationship with history and politics.”

On the topic of his absence from the 2014 United States world cup team, Donovan said he “learned an interesting lesson. At the end of the day, it’s business. All sports are emotionally charged and they give us a lot but for some people it’s business.”

However, Donovan said the experience of getting cut from the national team was valuable to him.

“I felt compassion for people who didn’t get everything they wanted all the time, and that was much more valuable for me than going to Brazil,” he said.

He also discussed the future of soccer in the U.S. He said he believes it will take time for the sport to grow in popularity. Still, he said that for now, steady growth in American interest for soccer is what the sport needs. “The soccer culture in America is better and better,” Donovan said.

After the lecture, Harvard Extension School student Olumide Alonge said he appreciated Donovan’s jokes and anecdotes from his experiences in professional soccer.

“My understanding of Landon before was that the was a really cool and honest guy, and he really showed that today,” he said.

At the close of the lecture, two students from the class gave Donovan a Harvard soccer jersey.