Faust To Headline ‘Your Harvard’ Talk in Beijing 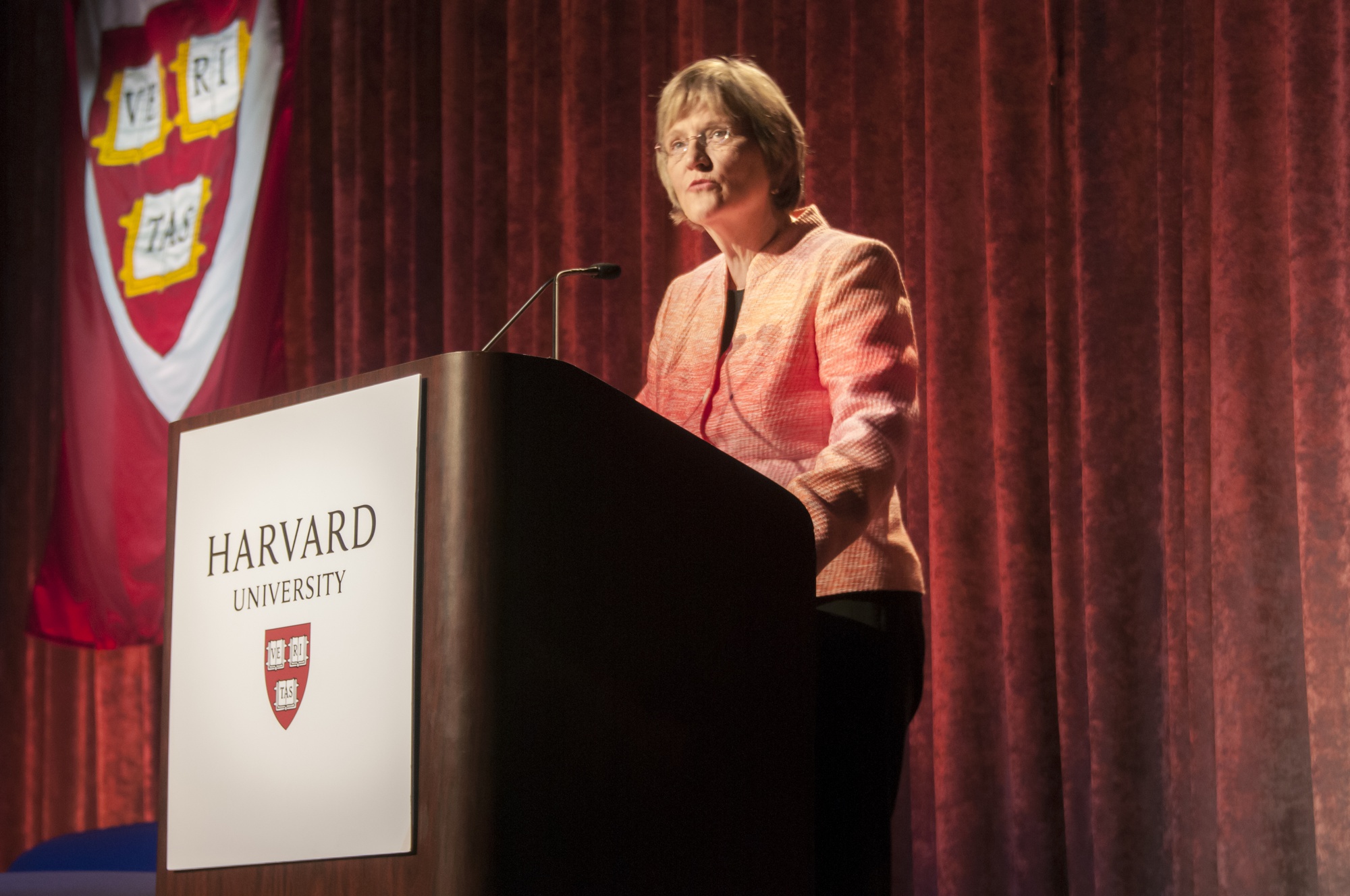 A week after visiting Selma, Ala., in honor of the 50th Anniversary of the Voting Rights March, University President Drew G. Faust is set to appear in China on Sunday to “shar[e] her vision for the future” of Harvard with alumni in Beijing.

University President Drew G. Faust provides the keynote speech at the Your Harvard: New York event organized by the Harvard Alumni Association in May 2014. By Matthew Q. Clarida

"President Faust looks forward to joining nearly 450 alumni, friends and faculty in Beijing this weekend to celebrate Harvard's many connections to China at the latest event in the Your Harvard series," Jeff Neal, Faust's spokesperson, wrote in a statement early Friday. "Early next week, she also will give an address to students and faculty at Tshinghua University."

Faust's visit to Beijing is the next installment in a series of talks held in cities around the world called “Your Harvard.” Last May, Faust traveled to New York to update about 600 University supporters on the progress of Harvard’s ongoing capital campaign, which has a public goal of $6.5 billion and so far has reached at least $5 billion in gifts and pledges.