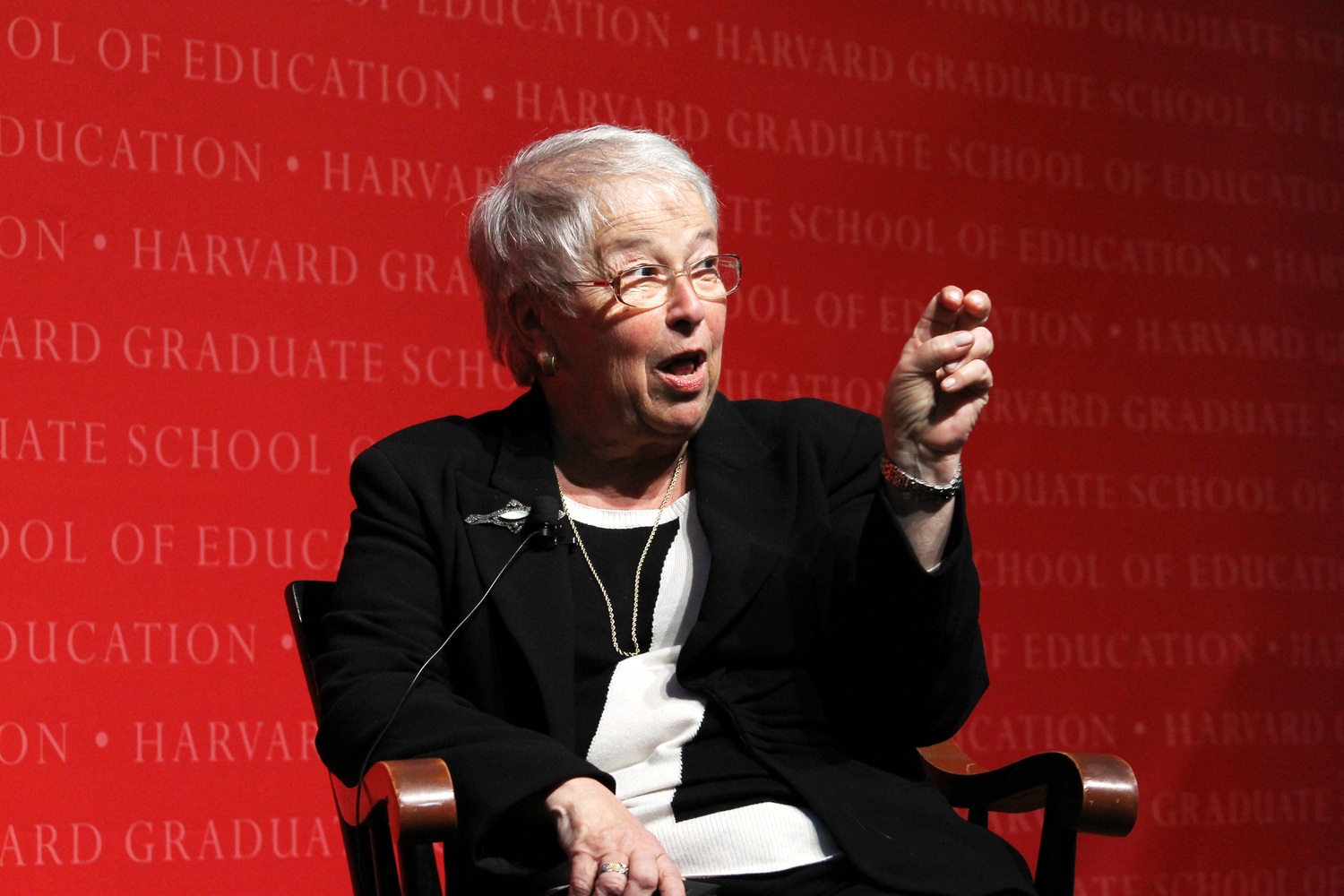 Chancellor of New York City Schools Carmen Fariña discussed some of her key policy objectives, including a controversial proposal to change the admissions process for the city’s highly competitive specialized high schools, at the Graduate School of Education on Thursday evening.

Fariña talked about a need to de-emphasize the role of the Specialized High School Admissions Test in admission to the city’s specialized secondary schools, such as Stuyvesant High School and the Bronx High School of Science. Fariña also touched upon other new New York City education programs such as universal Pre-K.

She elaborated on her plans to an audience of almost 100, largely composed of participants in the Women in Education Leadership weekend seminar.

Standardized testing in particular sparked much scrutiny from the audience. Once the floor opened up for questions, Max W. Liebeskind ’17, a Stuyvesant High School graduate, stressed the importance of the SHSAT in providing educational opportunities to poor Asian-American students.

Fariña clarified that she did not believe in entirely eliminating the SHSAT, which currently is the only deciding factor of admission in some of the the city’s specialized high schools.

Rather, she emphasized the importance of initiatives such as “DREAM—the Specialized High Schools Institute,” an intensive program for 6th, 7th, and 8th graders intended to better prepare students for both the SHSAT and the academic work to be expected if accepted into one of the eight specialized schools. These types of programs, Fariña said, are often taught by teachers from specialized schools.

Other initiatives that Fariña highlighted at the forum include stronger mental health support in public schools.

“I get emails all the time, and the ones that really upset me the most are when I get one that the child has committed suicide,” she said.

According to Fariña, the New York City Board of Education has hired 200 new guidance counselors. She said she also wishes to hire more social workers who are able to make home visits.

Fariña pointed out the need to hire teachers who understand and can work with children, recalling that, as a superintendent, she ensured that every other teacher she hired was a parent. She said that these teacher-parents understood that “anybody’s child they were teaching could be their own.”

Certain students in the audience spoke of Fariña’s successes. One of the Women in Education Leadership participants thanked Fariña for recently giving students the Muslim holidays Eid al-Firt and Eid al-Adha off of school.