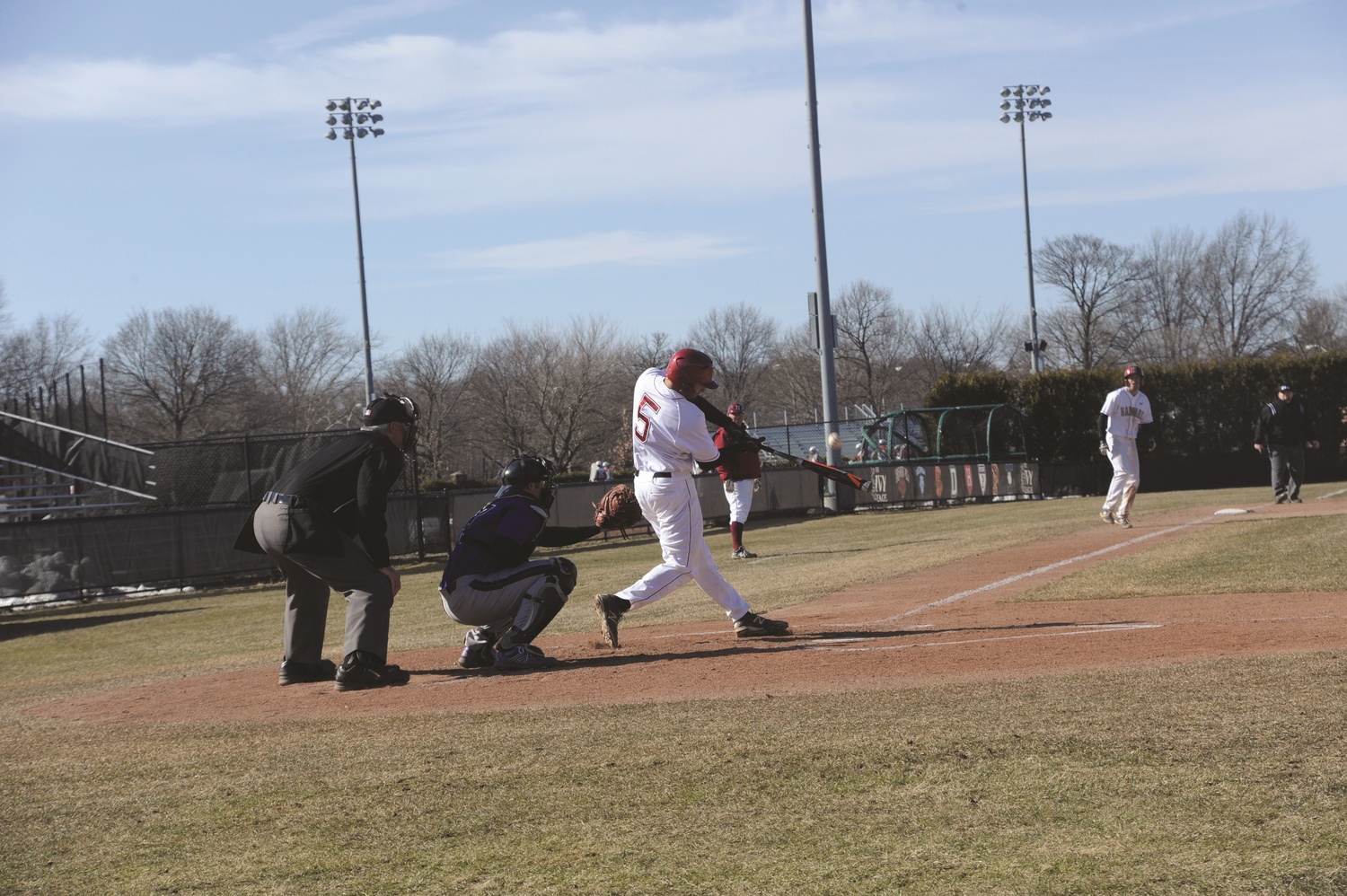 The Harvard baseball team came into its weekend series with Yale with high hopes for a four-game sweep. After winning both of Saturday’s games, those aspirations vanished in the 10th inning of Sunday’s first game, and the Crimson fell short once again in the back end of the twin bill.

The Bulldogs (12-21, 4-12 Ivy) managed to escape narrowly with both victories, 4-2 and 2-1, on Sunday at O’Donnell Field after Harvard outscored the visitors by a combined 17-5 margin a day earlier. With the games having no postseason implications for Yale, the wins allowed the Bulldogs to eliminate their archrivals (18-19, 7-9) from Ivy League Championship contention as Dartmouth claimed its eighth consecutive Red Rolfe Division title.

The final game of the weekend followed a similar script to the one that immediately preceded it, as both contests featured dramatics and a narrow Yale victory. Harvard continued its weekend trend of getting on the board in the first inning as it tagged Bulldogs starter Eric Brodkowitz for an early run. The Crimson maintained the slim lead until the seventh inning, as freshman Ian Miller allowed his only two runs of the game in that frame after Yale Robert Baldwin went yard.

“It’s tough because pitching well is great, but you really want to win this game because it meant a lot for us going forward,” Miller said.

Up only a run, the visitors left the door open for Harvard in the ninth. Two runners reached base after Bulldogs first baseman Eric Hsieh was forced off the bag by consecutive sloppy throws and junior Mitch Klug was hit by a pitch.

With the game on the line, the Crimson had the right man up, captain Ethan Ferreira, the team’s leader in almost every offensive category. The designated hitter battled Brodkowitz, seeing nine pitches before his shot to the warning track found the glove of Yale right fielder David Toups.

“I saw [Brodkowitz] three times on the day and pretty much knew everything he had,” Ferreira said. “I put a good swing on the ball to right, but it just didn’t fall.”

The early game, intended to be seven innings, needed three extra sets before the Bulldogs scored the decisive runs in the top of the 10th.

Harvard jumped out to an early lead, scoring in the bottom of the first, but Yale tied the contest up in the top of the third inning. The game swung back in the Crimson’s favor in the fifth as sophomore Matt Hink homered to left. The Bulldogs drew even again in what was intended to be the game’s final frame. Needing extra innings to settle the contest, neither team could tip the scale in its favor until Yale managed to bring two runners home with a two-out rally in the top of the 10th.

Harvard picked up right where it left off on offense from Saturday’s first game, jumping out to a three-run advantage in the bottom of the first. Doubling that lead in the second removed any real doubt about who would take the day’s second contest.

The game featured active bats from the Crimson, errors on defense from the Bulldogs, and a fast start that put the hosts up early. Senior Matt Timoney kept the Yale offense off-balance all day, as the senior threw seven and two-thirds innings to pick up his sixth win of the year.

Harvard and the Bulldogs opened the weekend with hot offensive starts, as both teams got on the board in the first inning.

Both teams produced their highest offensive outputs of the weekend despite only playing seven frames. With the lineup clicking on all cylinders, the Crimson capitalized on a slough of hits to plate 10 runs, four of which came in the bottom of the game’s opening inning.

Yale could not keep pace offensively or defensively, as Harvard churned out 11 hits on the day while Yale committed three errors. Junior pitcher Nick Scahill had his most dominant performance of the season, striking out seven and allowing just one hit in four innings to pick up the win in relief.