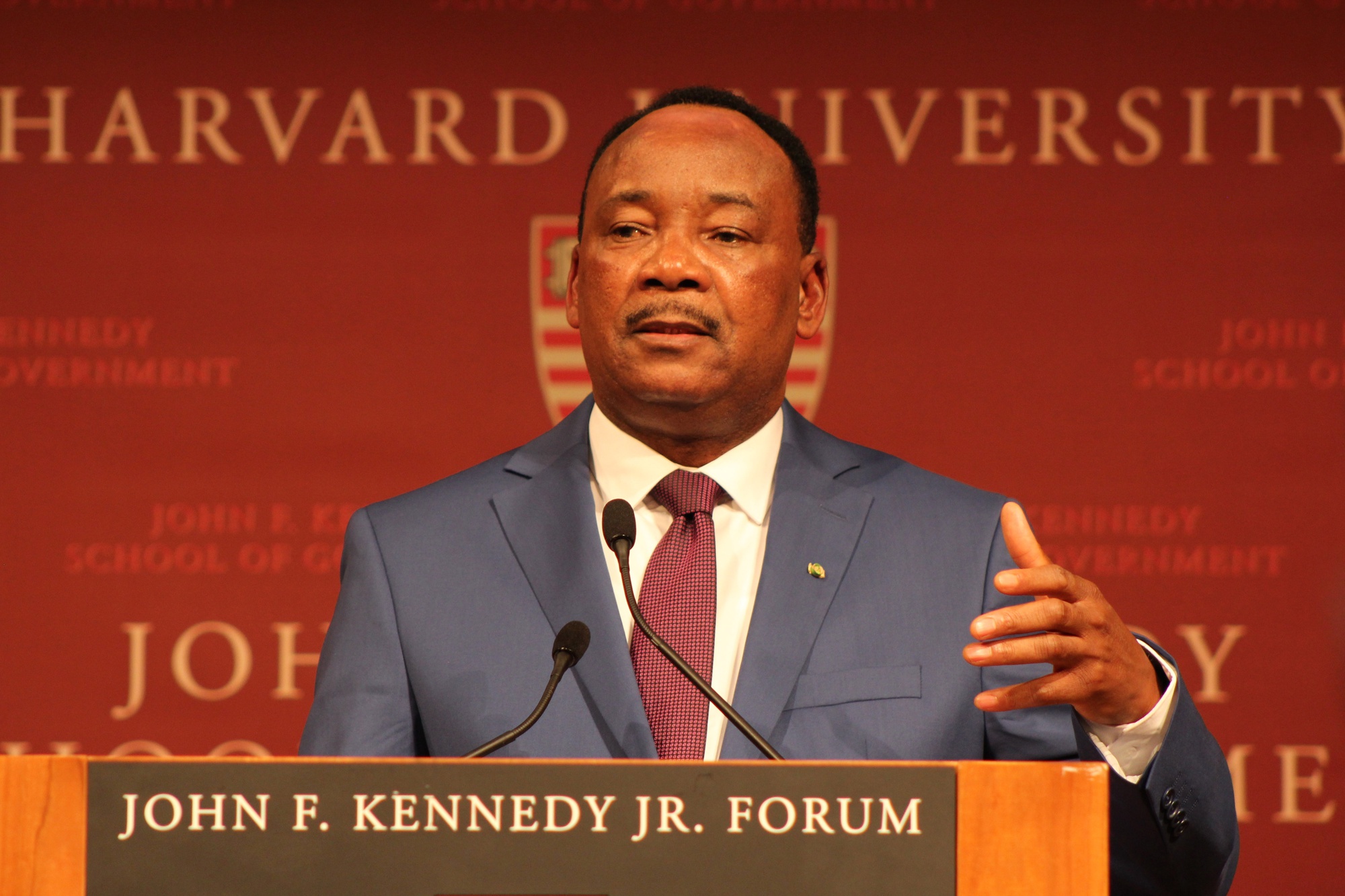 Speaking to a packed audience Friday night, His Excellency Mahamadou Issoufou, President of Niger, called for African unity and a “new world governance” based on equity and inclusivity in an address at the John F. Kennedy Jr. Forum.

The presidential keynote was the kick-off event for the sixth annual African Development Conference at Harvard, which brought policymakers, lawyers, and academics together for a weekend at the Kennedy School of Government and Harvard Law School to discuss “the role of South-South collaboration in the attainment of Africa’s development objectives," according to the conference website. 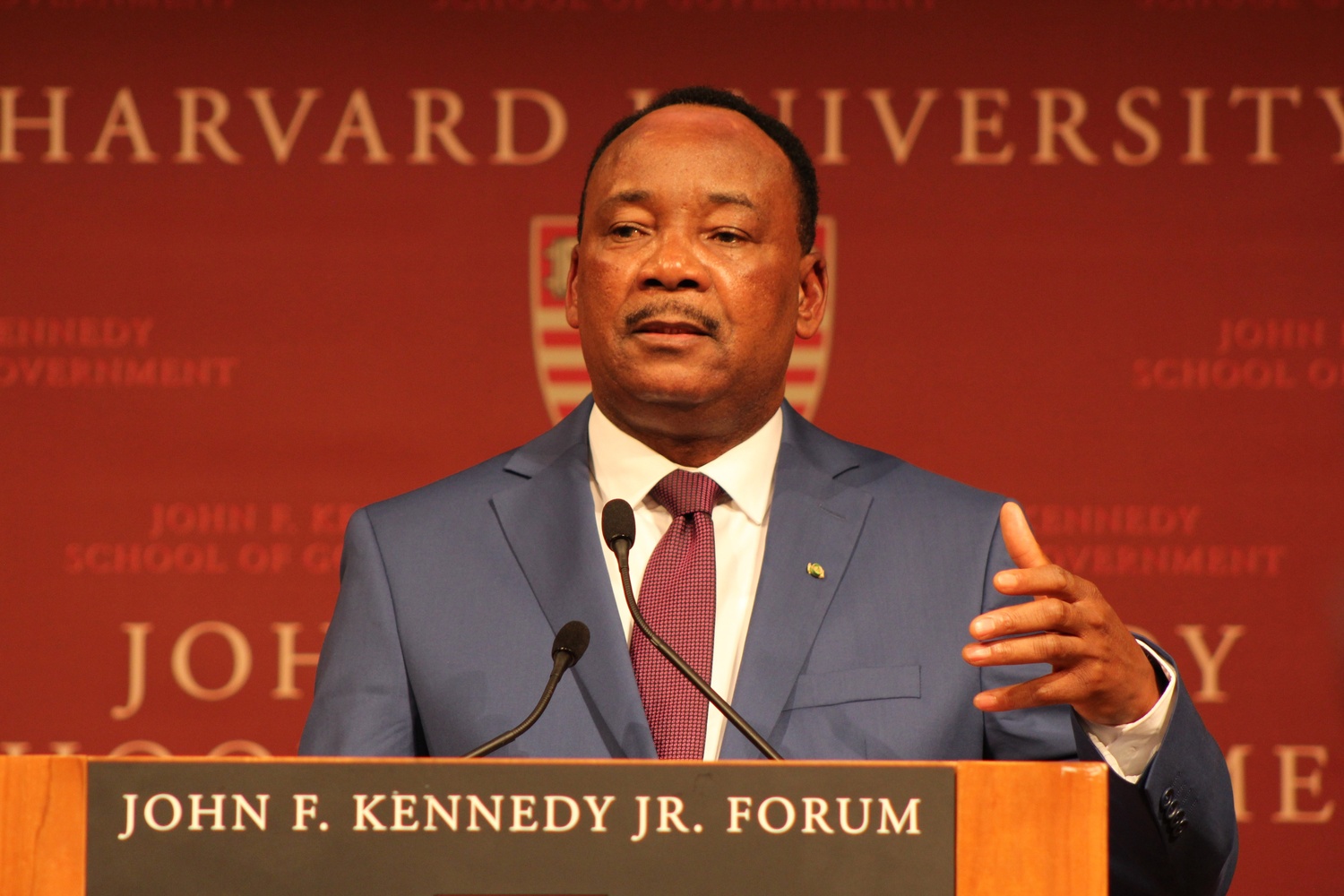 His Excellency Mahamadou Issoufou, President of Niger, gives the keynote address for the African Development Conference on Friday afternoon. By Courtesy of Tim McNaught

Issoufou’s remarks came roughly four years after he assumed office as Niger’s president in April 2011. He has previously served as the country’s prime minister, the president of its national assembly, and the leader of the opposition during the presidency of Mamadou Tandja, who served as president from 1999 to 2010.

Issoufou began his address by highlighting the challenges Niger and the African continent face today, highlighting the terrible and persistent impact centuries that he says slavery and European colonization have had on African culture and the continent’s economies.

“The time of slavery and colonization [was] a tremendous curse for Africa,” he said. “The worst in this situation was not the theft of our natural resources or human resources—the worst has been alienation [and] that Africans have lost confidence in themselves and their civilization.”

Tens of millions Africans sent to the New World as slaves, Issoufou said, have been unable to contribute to African development, adding to what he called the “humiliat[ion]” of Africa. For Africa to be a major player on the world stage, Issoufou said it must “find its identity again,” regain its lost confidence, and, most importantly, unite as a continent.

“Niger doesn’t have any future beyond that of an united and solidary Africa,” he said. “My objective is the rebirth of Niger and beyond that to contribute to the renaissance of the continent.”

Issoufou outlined the “Renaissance” development plan that he has launched for Niger, which aims at growth through investments in infrastructure, education, and health, and through the creation of strong, democratic government institutions. Niger was ranked last in the United Nation’s Human Development Index released in 2014.

In an interview before the event, Issoufou said he believes this sort of infrastructure-oriented development would also be key to combating terrorist organizations like Boko Haram, which attacked Nigerien border towns in February.

“We think that the solution to face terrorism is to ensure security in the short run; but in [the] long run, the real solution is social and economic development because it is [on] the ground, the ground of poverty, that terrorism is bred,” Issoufou said.

Issoufou also said that the Nigerien populace does not consider Boko Haram an Islamic or Muslim organization, noting that “Islam is, by definition, a religion of peace and toleration, and of justice.”

“The terrorists from Boko Haram, as well as other terrorists, are not Muslim,” Issoufou said. “I said it and I will say it again...They are the worst enemies of Islam.”

Issoufou also referenced recent events in Libya to illustrate what he called a clear “lack of democratic values in world governance,” saying that although Niger is a neighbor of Libya, the country was not consulted in the 2011 multinational military intervention in Libya.

“Today, we are paying the price for the intervention where the decision [was] taken without us,” Issoufou said, emphasizing that the world needed a new paradigm focused on inclusivity and equitability. “In order to get out of the chaos it is now necessary to listen to us...united Africa must be an active partner.”