Baseball Off to Best 27-Game Start in Nine Years 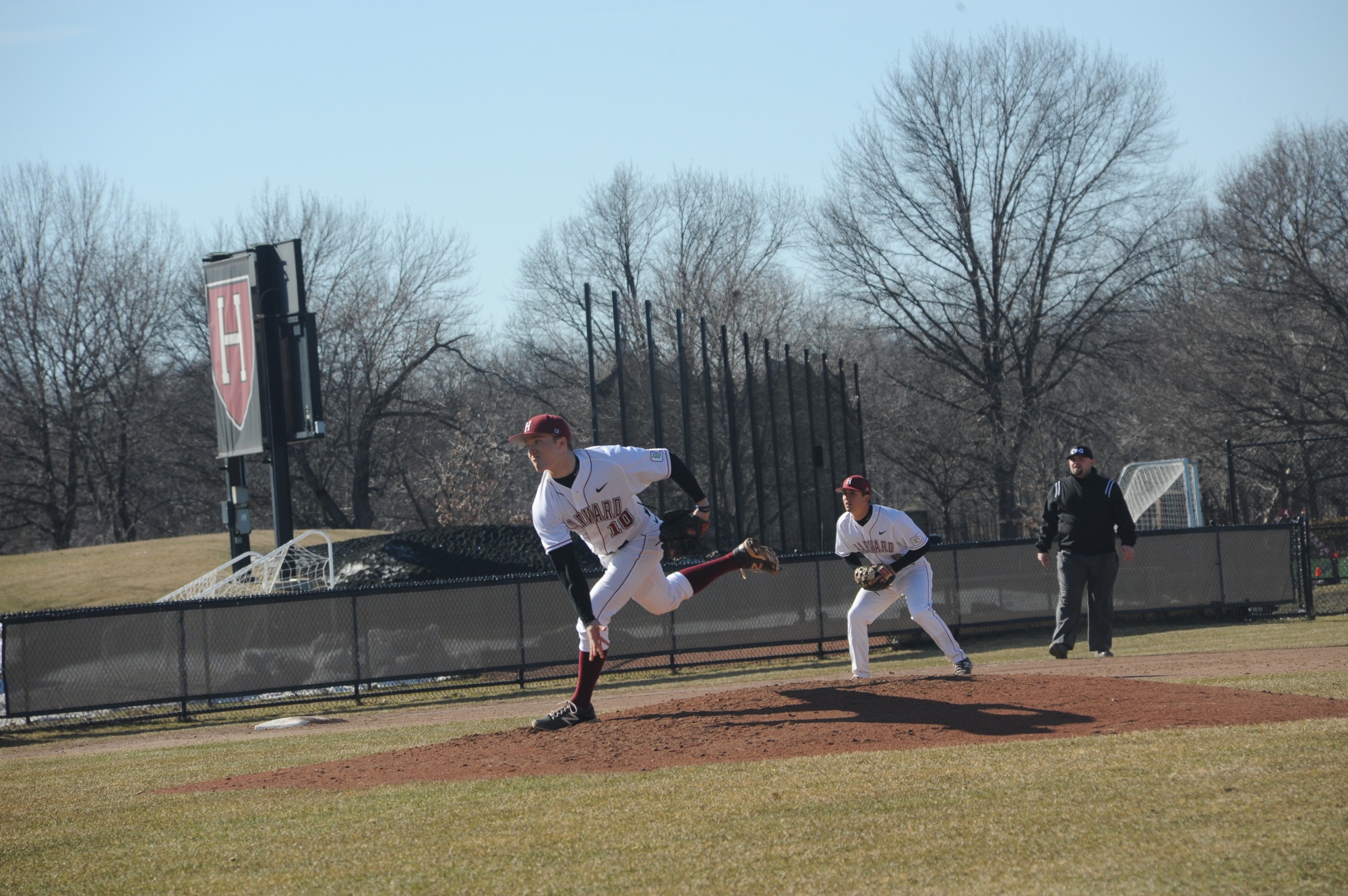 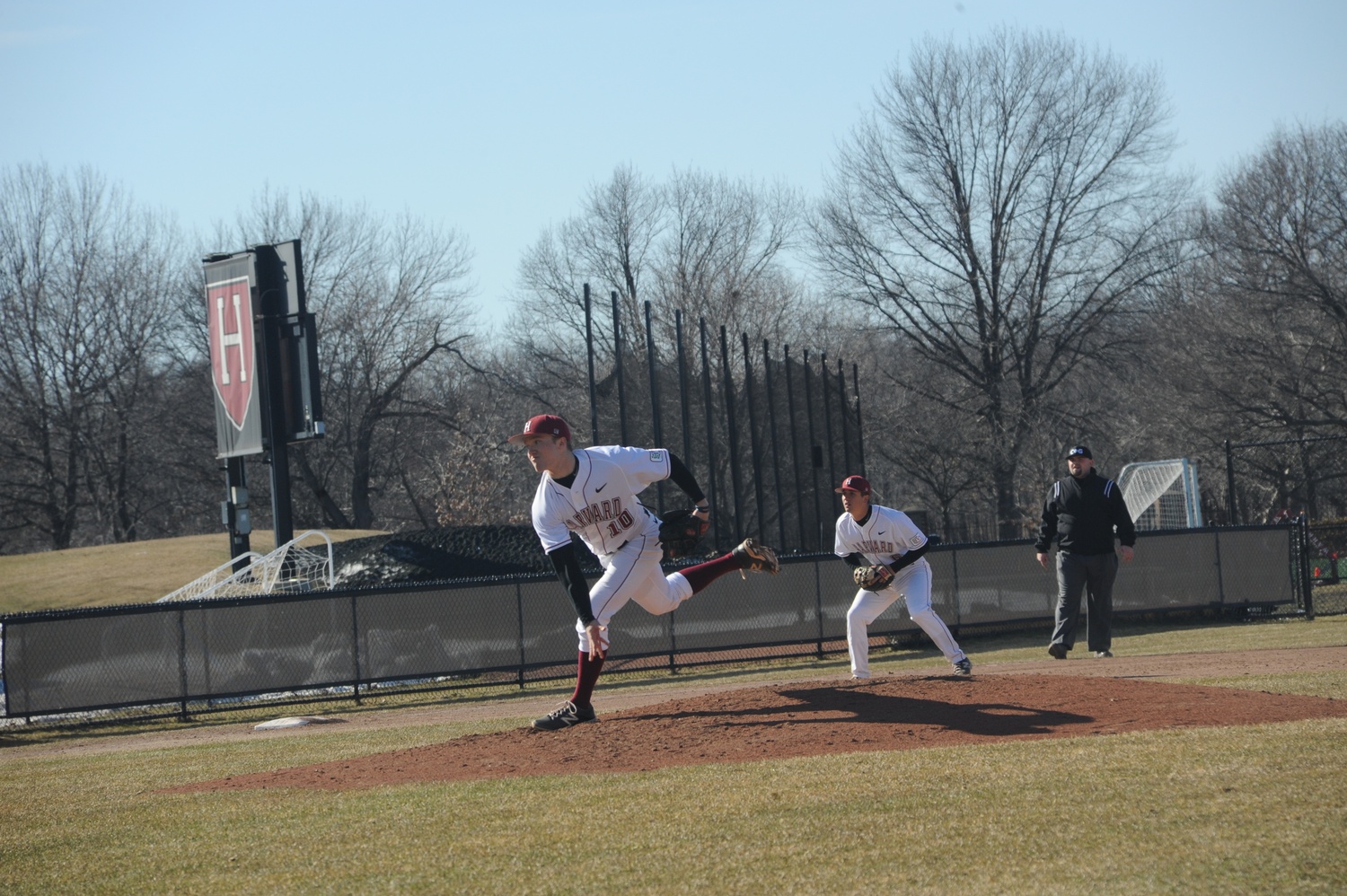 Off to its best start through 27 games since 2006, the Harvard baseball team begins Red Rolfe Division play this weekend with four games on the road against Brown before traveling to UMass for the first round of the Beanpot Monday afternoon.

The Crimson enters the weekend 3-5 in Ivy League play, having faced each member of the Ivy League’s Lou Gehrig Division twice. Harvard (14-13, 3-5 Ivy) went 0-4 in its road games against Columbia and Penn, losing by a combined five runs, but bounced back this past weekend by sweeping Princeton on Saturday and splitting its doubleheader with Cornell on Sunday.

“Now is the time of the season where we really need to play our best baseball,” senior second baseman Jake McGuiggan said. “It’s been great so far to have a winning record, but I think that our season and our postseason life are going to come down to these next three weeks. We’re definitely looking to take at least three, hopefully four, games from Brown and put ourselves in the driver’s seat.”

The Crimson bats came alive over the weekend with the offense producing 37 runs on 59 hits in the four games. Freshman infielder John Fallon went 11-for-15 and drove in eight runs, earning Ivy League Player and Rookie of the Week honors.

Starting pitchers Nick Gruener, Matt Timoney, and Sean Poppen each picked up wins on the weekend. That trio, plus senior Tanner Anderson, will start this weekend’s four games for Harvard.

“I think the biggest thing we struggled with [against Columbia and Penn] was getting ahead in the count against the opposite-hand hitters,” Gruener said. “We gave up a lot of hits on 0-2, 1-2 counts. This weekend we pitched really well against hitters from both sides of the plate.”

The pitching staff has posted a 3.57 earned run average in Ivy League play while the offense is hitting .352 while averaging 6.5 runs per game. Fallon is hitting .667 in 18 conference at-bats while captain Ethan Ferreira has posted a .462 mark. Seniors McGuiggan, Mike Martin, and Jack Colton are all hitting above .350 while junior catcher DJ Link leads the team with 10 runs batted in.

No clear favorite has emerged in this year’s Red Rolfe Division, which has been won by Dartmouth each of the past seven seasons. The Big Green currently sits atop the standings, one game up on the Crimson, after splitting all four of its two-game series. Yale and Brown both sit at 2-6.

“We’re fortunate that our side hasn’t been playing as well in Ivy games,” McGuiggan said. “We know that we’re only a game back of Dartmouth and given a good weekend against Brown, then we’ll be in good shape going into the final two weekends.”

The team in each division with the best record after 20 Ivy League games will square off in the Ivy League Baseball Championship, a three-game series to be held at the home field of the team with the better conference record. As division play begins, Harvard has its sights set on the Bears, a team it split its four games with last season in Cambridge.

The Brown offense is averaging three runs per game while posting a .223 team average in Ivy League play. The Bears will give the ball to seniors Eddie Fitzpatrick and Taylor Wright, sophomore Max Ritchie, and freshman Reid Anderson for Alumni Weekend in Providence.

Fitzpatrick picked up the win in Brown’s 4-3 victory over Princeton on March 29. The biggest threat in the Bears’ offense is sophomore outfielder Rob Henry, who leads the team with nine hits and a .310 batting average in Ivy League play.

Harvard will begin its defense of last year’s Beanpot championship on Monday afternoon against the Minutemen (6-10, 5-4 Atlantic 10). The Crimson swept UMass in a doubleheader in Florida over spring break, outscoring the Minutemen, 20-11.

“It’s a special experience for sure,” McGuiggan said. “You get to Harvard hearing about the hockey Beanpot, which is a huge deal here in the Boston area. It’s really important and special for us that we have our own, and it was great last year to win.”