Spending hundreds of millions of dollars each year, Harvard pulls out all the stops as it seeks to break a fundraising record 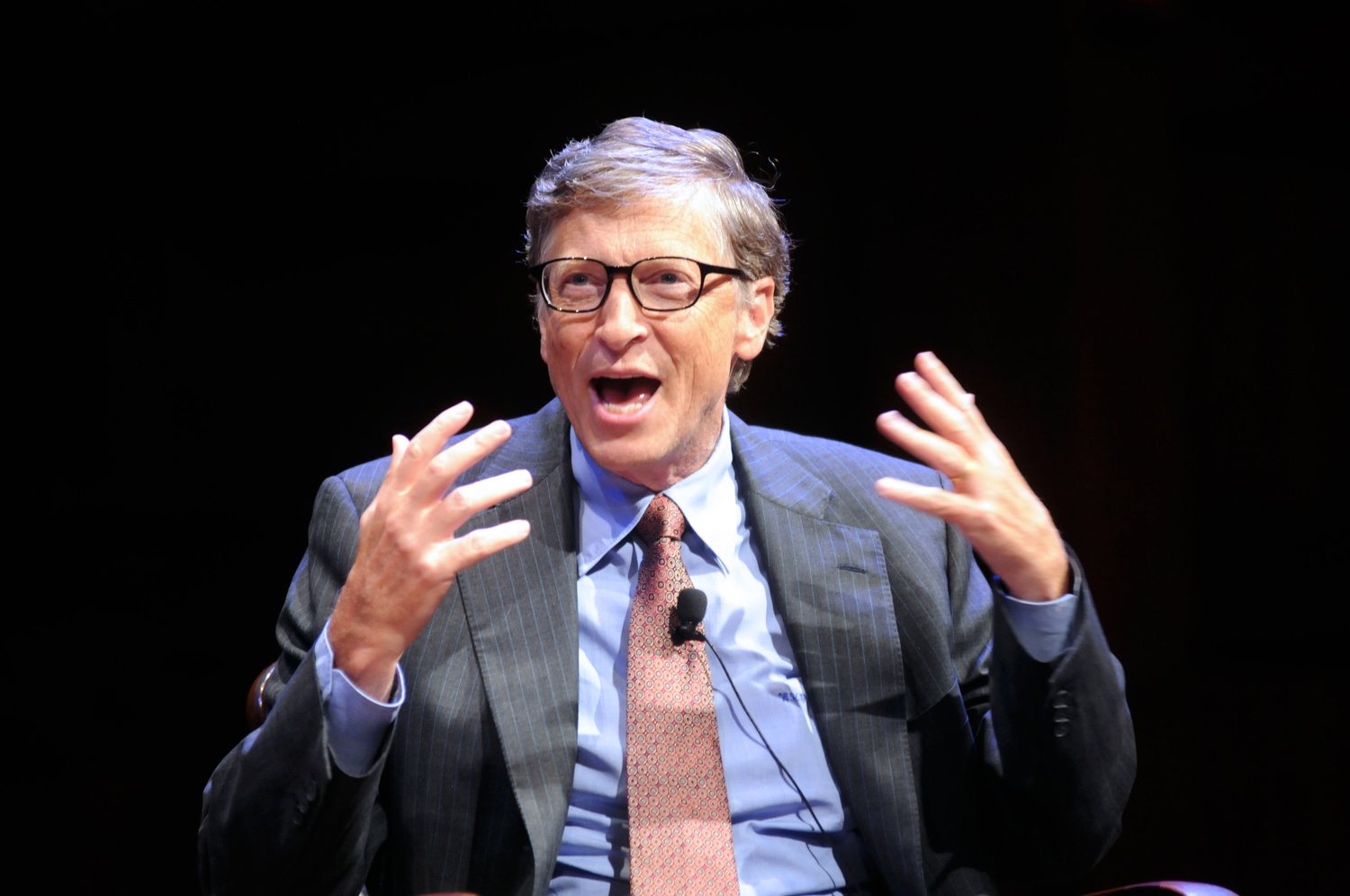 Bill Gates joins financier David M. Rubenstein for a discussion at the public launch of the Harvard Campaign in September 2013. By Jessica C. Salley
By Noah J. Delwiche and Mariel A. Klein, Crimson Staff Writers

Stepping onto the grounds of Harvard Business School, Paul J. Zofnass ’69 knew what to look for—a large poster of himself. And there it stood. Fastened to a lamppost under an overhanging tree and next to the Arthur Rock Center for Entrepreneurship hung Zofnass smiling in what he calls his “stupid-looking way.”

“I’m merging my vocational interests with my avocational passions, particularly with regard to the environment and conservation,” the glossy canvas read.

Zofnass was in Cambridge for a board meeting at the Mount Auburn Cemetery when a Harvard affiliate told him to take a trip across the Charles River to see the poster, one of many inspirational messages scattered across the campus featuring alumni “Making A Difference” with their Business School education.

Posters and testimonials, both in print and online, are just a couple examples of how Harvard showcases faculty research and University life in the midst of its ongoing capital campaign. Across the University, communications staffs have ramped up their efforts to promote the Harvard’s $6.5 billion fundraising drive—its most ambitious campaign and a would-be record for higher education—pulling out all the stops to target alumni and collect every last dollar.

With celebrities, lavish alumni gatherings, and polished publications, Harvard holds nothing back. In 2013, the most recent year for which public tax forms have been released, the University spent nearly $170 million on fundraising. And Harvard’s strategy goes beyond the money, utilizing targeted promotion and strategic communications.

ALL THE BELLS, ALL THE WHISTLES

Less than half a mile from Harvard Yard on the sixth floor of University Place sits the office of Alumni Affairs and Development, the helm of fundraising strategy. The team is pulling out all the stops to promote the campaign, and it’s spending a lot of money doing it. In 2013, Harvard spent $167,510,150 on total fundraising expenses, according to Internal Revenue Service tax filings. Big money brings big results, according to Peter L. Malkin ’55, a member of the Committee on University Resources—an advisory group composed of elite Harvard donors.

“I think it's necessary to mobilize the University community,” Malkin said. “By that I mean the tens of thousands of graduates and also to get the message out to people who have no direct connection to Harvard to get them more interested and supportive.”

University President Drew G. Faust, more than any previous president, has put a global emphasis on her fundraising drive. Presenting what she calls the “Your Harvard” event series, Faust has traveled the world to meet with donors, visiting Dallas, Mexico City, Seattle, Beijing, and Chicago just this academic year. These events have drawn significant crowds—nearly 400 alumni and guests turned out the event in Chicago earlier in May, which featured talks from Faust, prominent alumni, and professors. Last year’s “Your Harvard” event in New York was held on a decommissioned aircraft carrier and attracted about 600 Harvard supporters.

University President Drew G. Faust delivers the keynote speech at the Your By Matthew Q. Clarida

“It’s always a thrill for the people participating, and it reminds us of some of the extraordinary graduates Harvard has had,” Faust said about the capital campaign.

“She is very open to traveling and not ignoring the outside world, which I think some her predecessors may have done,” former Board of Overseers president Leila Fawaz said of Faust. “She is aware there is a world out there, and she has been very active working with HAA and people who are influential to become involved.”

Not stopping at organizing global alumni events, the team at AA&D has also tapped into its celebrity alumni pool, including cellist Yo-Yo Ma ’76 and Microsoft co-founder and former Harvard student Bill Gates to draw crowds. Ma performed at last fall’s launch of the Graduate School of Education’s fundraising drive, and Gates spoke at the launch of the University-wide campaign in September 2013.

For some of the University’s top donors, the strategy, for all its glamour, not only makes sense but is also effective. By the latest public count, the campaign has reached the $5 billion mark, and some have speculated that officials may raise the $6.5 billion target.

“I don’t think it’s excessive. In order to raise $6.5 billion…you need to pull out all the stops and put on your best marketing hat,” said Mitchell L. Dong ’75, a member of the Committee on University Resources. “President Faust will go out there to give the pitch… You go out there and beat the bushes and pound the pavement and rally the troops and do everything it takes.”

A central component of Harvard’s fundraising strategy is outreach, which includes coordinating messages and working with the media who cover Harvard.

“The major unwritten law is to avoid bad publicity, and I think that the University has been quite skillful under President Faust in staying out of the headlines in a bad way…and most of the stories are stories that make people feel good,” said Howard E. Gardner ’65, a professor at the Graduate School of Education who has taught across the University for almost three decades.

"I don't think it's excessive. In order to raise $6.5 billion…you need to pull out all the stops and put on your best marketing hat," said Mitchell L. Dong '75, a member of the Committee on University Resources.

Peter Der Manuelian, a Harvard professor and Egyptology expert who has spoken at a number of campaign events, said he works with Harvard communications staff to tailor his presentation to fit the event program, whether they want him to talk about the technology he has pioneered to visualize Egyptian pyramids or his role as the curator of the Harvard Semitic Museum.

Harvard officials sometimes directly facilitate these conversations. This was the case when Michael M. Lynton '82 prepared remarks for a School of Engineering and Applied Sciences event last year, according to email correspondence published by Wikileaks. Lynton, who is on the Board of Overseers and CEO at Sony Pictures Entertainment, emailed Roger Cheever ’67, an associate vice president for alumni affairs and development, asking for speech suggestions. One day later, Cheever responded with remarks for Lynton that, according to the email, Sophie Burke of Alumni Affairs and Development had prepared.

“These talking points are suggested – you have creative license. You should feel free to edit or change them how you wish,” the email read.

When it comes time to shape the campaign’s public face, AA&D also works with Harvard Public Affairs and Communications, especially when it comes time to announce landmark gifts. HPAC spokespeople led the February 2014 rollout of a $150 million gift from Kenneth C. Griffin ’89, as well as the announcement of Gerald L. Chan’s $350 million pledge in September 2014, generating press coverage—and a platform for Faust to extol Harvard’s mission—in campus, local, and national media outlets. 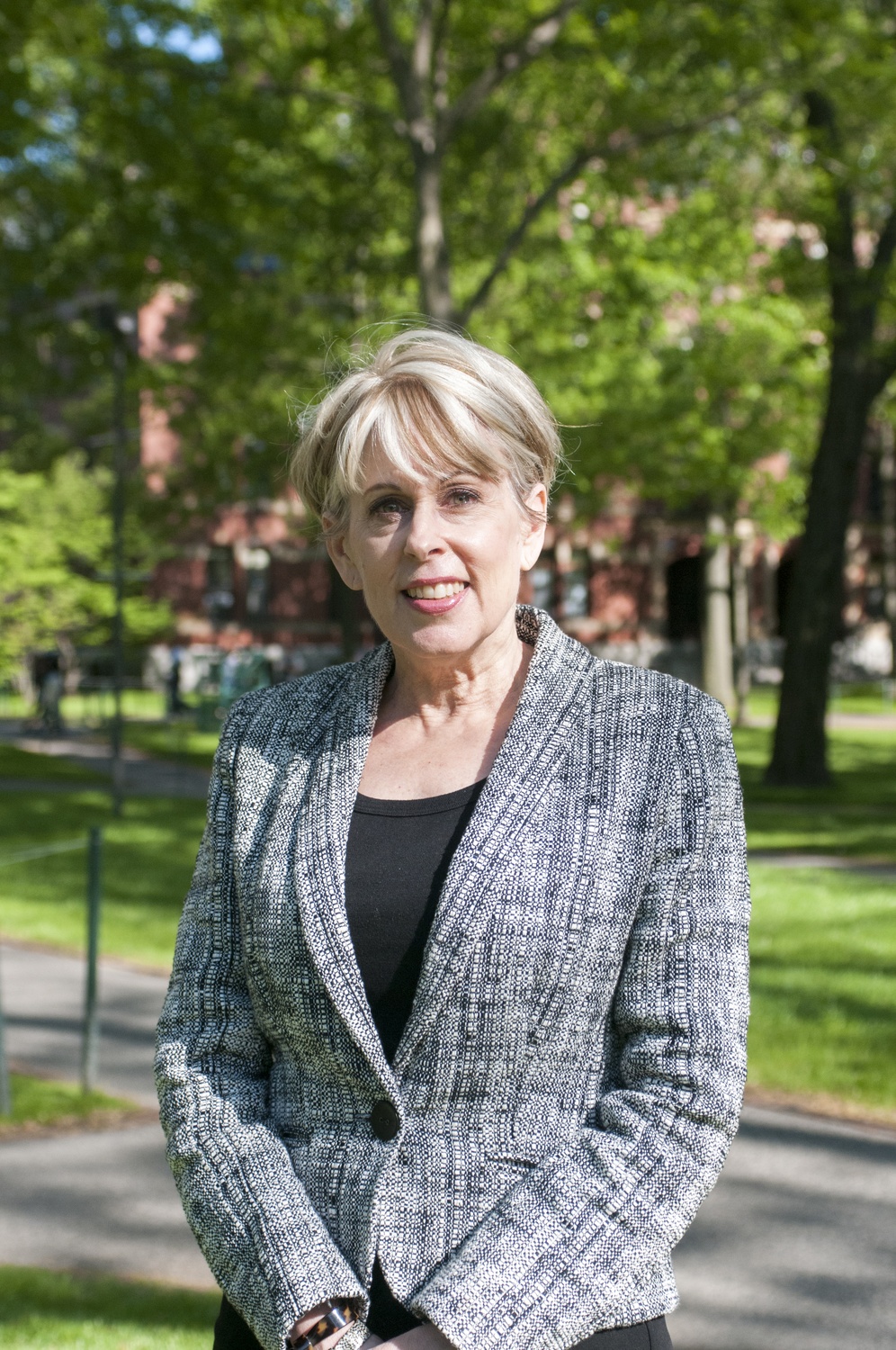 “HPAC’s role is largely in helping us work with external media around large gift announcements,” Vice President for Alumni Affairs and Development Tamara E. Rogers ’74, writing in an email, said of her office’s relationship with Harvard’s public relations outfit.

“At the launch of the Campaign in 2013, President Faust described the University’s aspirations for the future,” Rogers added. “We work hard to share that vision with our alumni and friends around the world.”