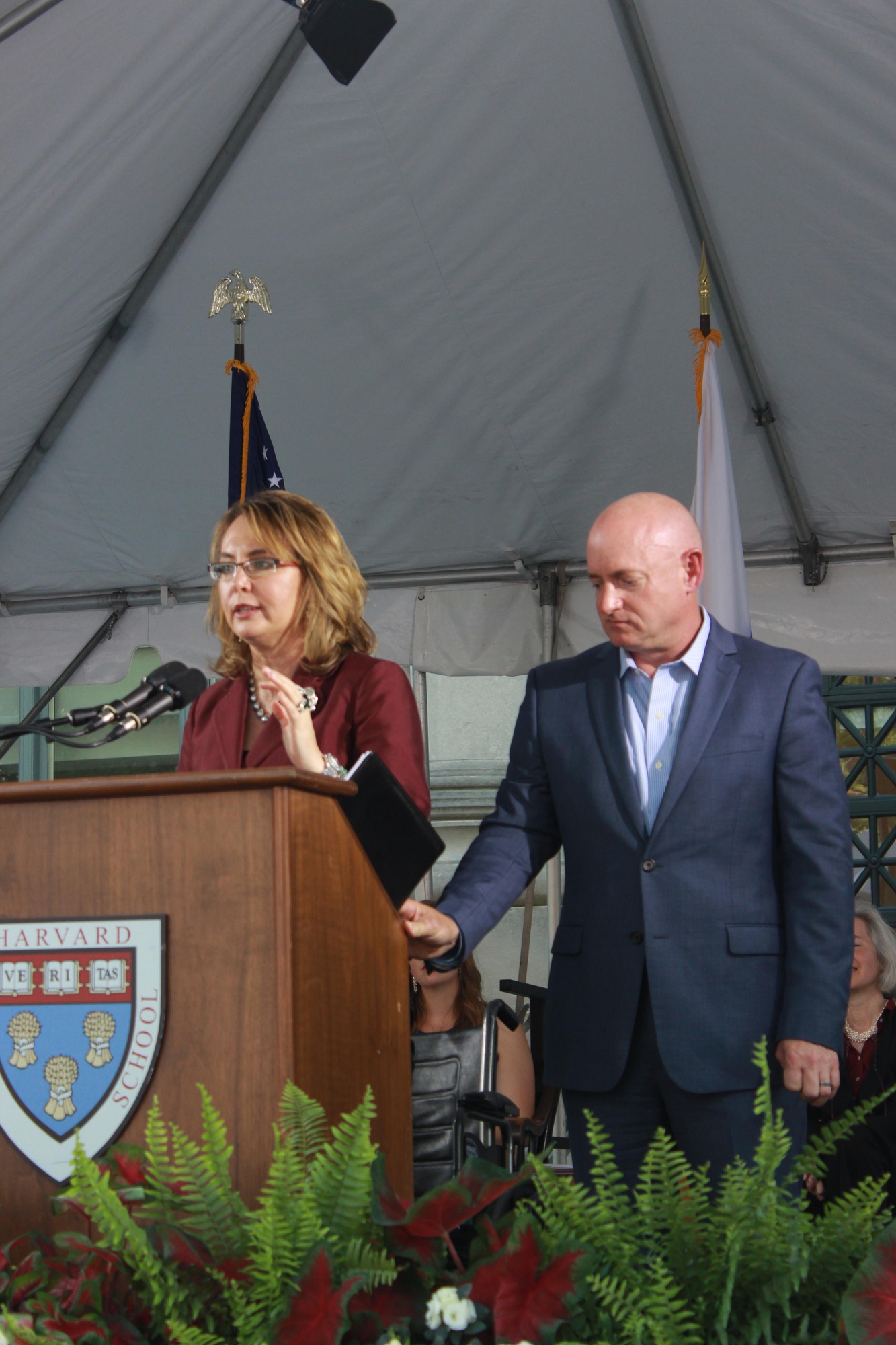 On a windswept, sunny afternoon day on Holmes Field at Harvard Law School, former U.S. Representative Gabrielle Giffords and her spouse, the astronaut Mark Kelly, emphasized the value of public service to the Law School’s Class of 2015.

Giffords represented Arizona’s 8th district in the U.S. House of Representatives until she was shot in the head in 2011 while meeting with a group of constituents. Following the near-death experience, Giffords resigned her position in Congress to focus on her recovery and, with her husband, has advocated for tighter gun control in the United States. 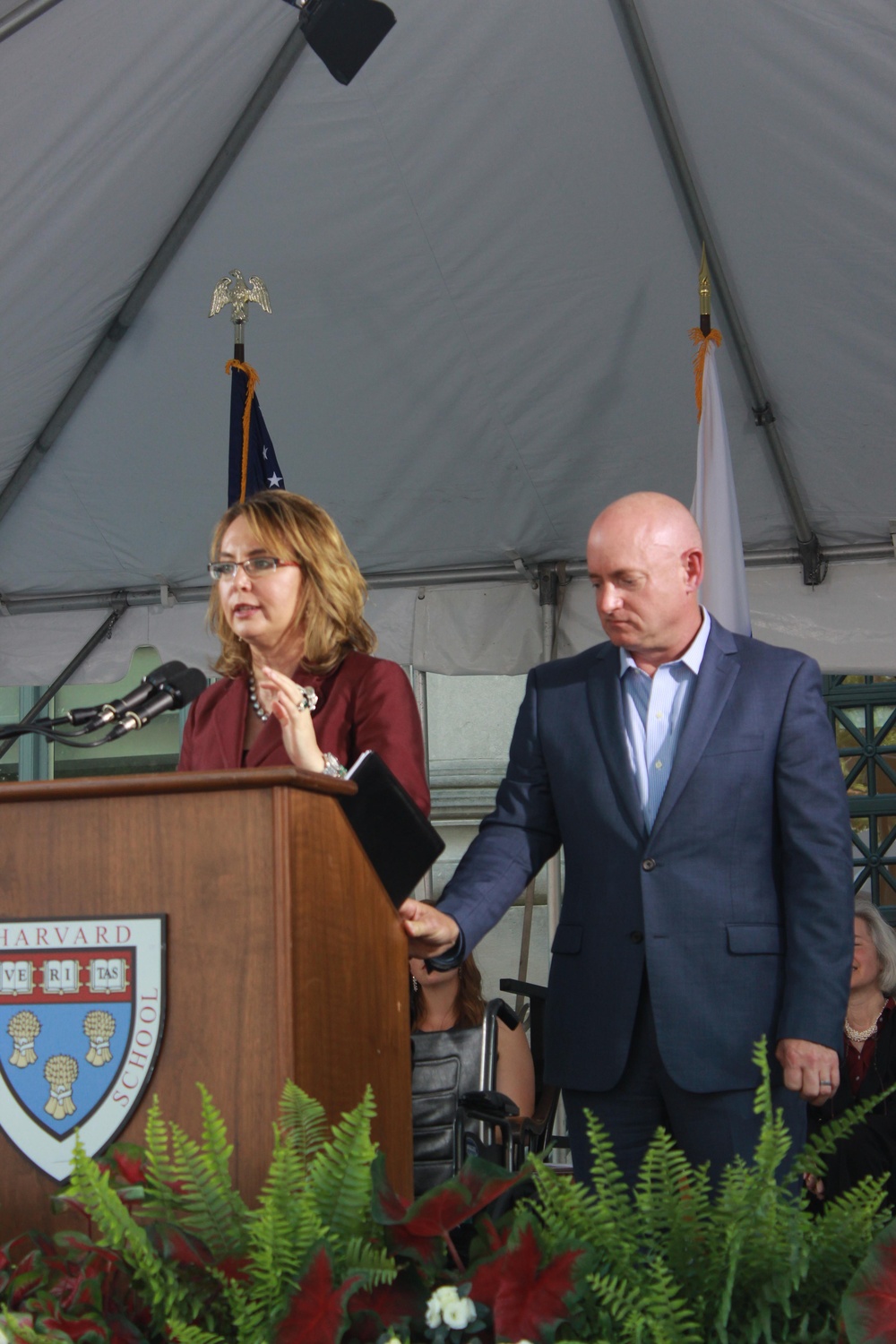 Kelly, who has flown several missions into space, spoke about the unlikely rise from “crappy pilot” to test pilot and astronaut and his wife’s injury.

“How good you are at the beginning of anything you try is not a good indicator of how good you can become. Getting an LP is not the end of the world. Neither is failing the bar,” Kelly said, referencing the Law School’s grading system.

“As a graduate of HLS we hope you continue this tradition of serving others and to serve your community wherever you can. Let me correct that, we’re asking you to. We’re asking you to seize this chance of service because these chances, they don’t ever come around very often,” Kelly added.

Giffords, who was in a wheelchair because of a bicycle accident, spoke briefly at the end of the ceremony.

“Be Bold. Be Courageous. Be Your Best. Go Crimson,” Giffords said.

The ceremony also featured several student awards given by Dean of the Law School Martha L. Minow. She honored students for service to the Law School community, including several for their pro bono work as students.

“You are all incredible,” Minow said.

Jon D. Hanson, a Law School professor, was also honored at the Class Day ceremony. Hanson spearheaded the Law School’s systemic justice project, which focuses on tackling societal and policy problems with the law. He discussed the events at Ferguson, Staten Island, Cleveland, and Baltimore involving police violence towards black men, and “the chasm between law and justice.”

The ceremony was followed by a reception in Crossroads and Jarvis field.