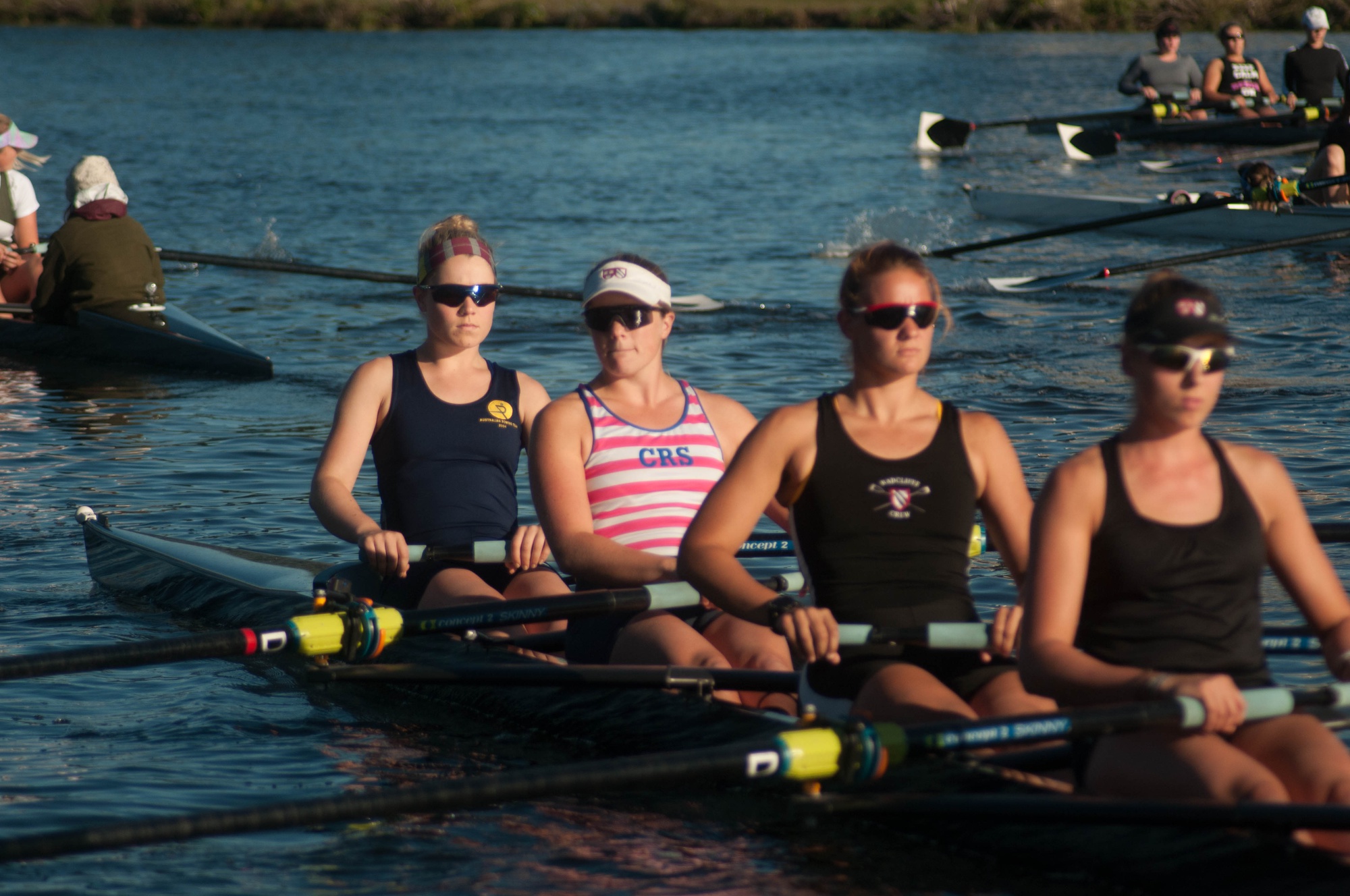 Rowing is a characteristically tight-knit sport. Many outsiders would likely describe its participants as individuals who enjoy waking up before the sun rises and subjugating themselves to excruciatingly painful workouts.

However, there is something more to rowing that makes its athletes tick and keeps them coming back to the sport. Rowing is a sport that cultivates values that are inherently linked to its nature, such as diligence, patience, and camaraderie. Additionally, within the confines of this unique culture, there are certain figures that stick out above the others, truly embodying these values.

Entering her fourth year at Harvard with the Radcliffe varsity heavyweight team, co-captain Abigail Parker has distinguished herself as an exceptional athlete and person. With distinction both on and off the water, Parker stands as a unique person who will be a great leader for her team in the coming season and will undoubtedly be remembered fondly after she graduates.

“Coming in freshman year it was obvious that Abba [Parker] was passionate and determined when it came to rowing,” said fellow co-captain Isabella Benduski. “As the years have passed, I have seen her bring out that passion and determination in her teammates.”

While rowing is a sport to which athletes often have a late introduction, Parker had a unique and perhaps unparalleled exposure to it from an early age. Her father, Harry Parker, often referred to devoutly as the “God” of rowing, coached the Harvard heavyweight men’s team from 1963 until 2013. During his time at the helm, the heavyweights achieved an unprecedented winning record that trumps that of almost any successful college coach across all sports.

By nurturing his athletes to perform at their very best, Harry Parker fostered a culture of determination in his Crimson crews that resulted in nine official national championships, 22 undefeated seasons and a whopping 44-7 record at the Harvard-Yale regatta. Parker also had rowed in the single sculls event at the 1960 Olympics in Rome and coached six men’s and women’s Olympic crews, three of which ended up in the medals.

In addition to her Olympic father, Parker’s mom, Kathy Keeler, is an Olympic champion herself. Keeler was a member of the 1984 gold medal-winning women’s eights event.

Needless to say, Parker was destined to grow up with rowing as an important part of her everyday life.

In June 2013, the summer before Abigail would take up her oar at Harvard, her father tragically succumbed to myelodysplastic disorder, a blood cancer stemming from the bone marrow. His departure left a massive void in the Harvard program and left the rowing community at large at a loss.

Nevertheless, Abigail Parker arrived on campus in the fall determined to honor her father’s legacy by working optimally both on and off the water.

“Abba has always been a committed and reliable teammate. From day one of freshman year she has given rowing everything she has,” senior teammate Victoria Basedow said. “As she has become a senior member of the team this attitude has set a high standard for underclassmen to aspire to.”

In her freshman year rowing for Radcliffe, Parker earned a spot in the second varsity eight as well as the varsity four. She helped the team to a 12-4 regular season record in her respective boats and assisted the Black and White to a fourth place finish in the Varsity Four event at the Ivy League Championships.

During her sophomore year, Parker stepped up her game on the water even more, competing again in the second varsity eight and eventually earning a spot in the varsity eight. While the season had its share of highs and lows for the Radcliffe rowers, Parker’s eight boat still managed to pull off a fourth place finish in the grand final at the Ivy League Championships.

Most recently, in the 2015-2016 season, her junior year, Parker maintained her spot in the varsity eight, sitting bow and four-seat in the boat throughout the regular season. At the Eastern Association of Rowing Colleges (EARC) Sprints, Parker successfully led her boat to a first place finish.

“Abba was one of my first friends on the team. I’ll always remember her being there for me during freshman fall when I needed a friend in Annenberg,” said Basedow. “In addition, Abba’s pure love for the sport will not be forgotten by younger rowers on the team. This unique and pure dedication will be her legacy.”

Parker’s passion for the sport has led her to compete separately from the team as well, both in single and doubles sculling with the Charles River Scullers. Parker finished second in the 2016 U23 World Trials doubles race after finishing third in the 2015 rendition of the U23 World singles. Parker also won the Collegiate Small Challenge in the singles event last fall while representing the Black and White.

While her rowing accomplishments are indicative of her athletic ability, Parker’s academic achievements are equally noteworthy.

Following her freshman year at Harvard, Parker was awarded the Detur Book Prize. From the Latin phrase—detur digniori—meaning, “to the more worthy, let it be given,” this historic accolade is reserved for students at Harvard who maintain a perfect GPA during their first year of college. By keeping up such a remarkable academic track record, Parker displayed that she does not leave her work ethic at the boathouse.

In her sophomore year, Parker declared her concentration in Integrative Biology, an area in which she would continue to excel. She thrived academically throughout the year and into her junior year. In the spring of junior year, she was inducted as one of only 24 juniors into the venerable Phi Beta Kappa honors society.

“As much passion as Abba has for rowing she also has for everything else she does,” said Benduski. “I believe all of the young rowers on our team look up to her and admire her commitment to all of her endeavors.”

Now, in the midst of her senior year, Abigail Parker looks to keep improving in the spheres of rowing and academia, where she has already attained such widespread success. With preparations for the 52nd Head of the Charles already underway, the Radcliffe rowers look to put up a fast time on its very own whirlwind 5 km home course.

For Parker, in what will be her ultimate Head of the Charles donning the Black and White as an undergrad, this race will be especially meaningful.