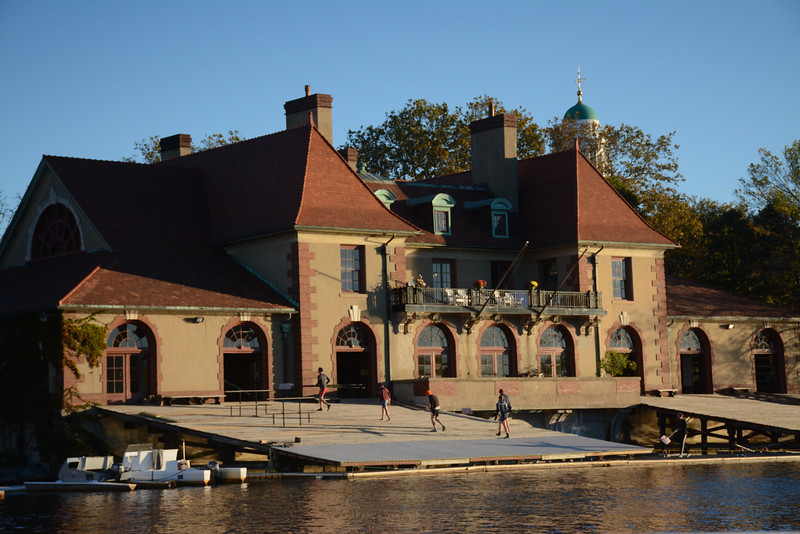 The Weld boathouse is home base for the Radcliffe rowing program. By Megan M. Ross
By Jamie Chen, Crimson Staff Writer

In 1984, Alvaro Rodriguez Arregui rowed in the Head of the Charles regatta for the first time. At that point, he was an international student from Mexico rowing for the Berkshire School.

Thirty-two years later, Rodriguez Arregui is now the successful managing partner of Mexico-based venture capitalist firm Ignia, which invests exclusively in products that help the emerging middle class. And this Saturday’s men’s senior masters singles race will mark his sixth consecutive Head of the Charles race and the 12th of his career.

“It’s been on and off,” Rodriguez Arregui said. “I’m less prepared than I should be, and the conditions will be horrible, but I’m excited.”

Rodriguez Arregui’s rowing career began at Berkshire, and he continued to row for a club team when he attended college in Mexico, before also rowing for the Mexican national team. When he attended Harvard Business School from 1993 to 1995, he rowed for the HBS team and competed in an eight boat in the Head of the Charles.

He only recently returned to rowing, however, and the Head of the Charles became a concrete goal that he could work towards.

“I missed it, and I needed something to be in shape,” Rodriguez Arregui said. “ I loved the Head of the Charles, so I said look, why don’t I take that as my objective of my year. That’ll get me back into training, and it’s something that I love doing.”

To train, Rodriguez Arregui fits a consistent training schedule into his busy week. While running his socially minded venture capitalist firm, he aims at training six days a week—three days on the water and three days in the gym.

Although his hometown of Mexico City lacks natural rivers for him to train in, he has been able to get his river training in by using the rowing course that was built for the 1968 Mexico City Olympics.

“It’s always hard to make time, but it depends on how you make it a priority,” Rodriguez Arregui said.

As race day approaches, Rodriguez Arregui has spent the past week here in Cambridge, getting out on the water as early as 6 a.m. and rowing in the dark.

“I’m feeling good,” Rodriguez Arregui said. “If you’re a master, you go by age bracket. So this is the last year in my age bracket. I’m one of the old folks.”

“Next year, I’ll be one of the youngsters.”

Staff writer Jamie Chen can be reached at jchen@college.harvard.edu.