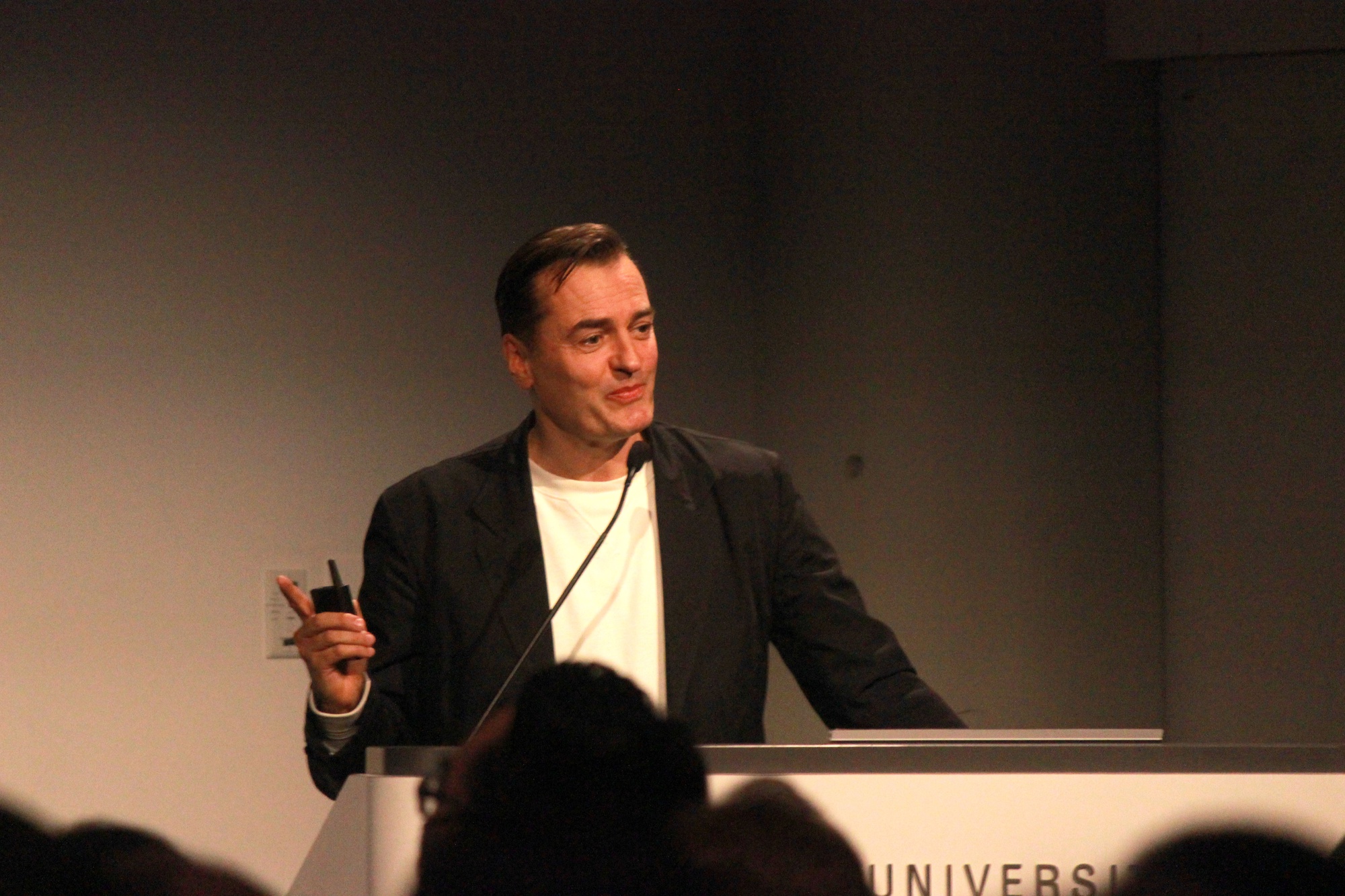 Patrik Schumacher, now the leader of Zaha Hadid Architects after Hadid’s unexpected death, talks about their collaborations and her unique perspective on architecture. Elia Zenghelis and Xin Zhang later joined him for a discussion.
By Theo C. Lebryk, Crimson Staff Writer

At an event celebrating the accomplishments of the late Iraqi architect Zaha Hadid, the Graduate School of Design unveiled a new scholarship to provide financial assistance to Middle Eastern students on Tuesday. 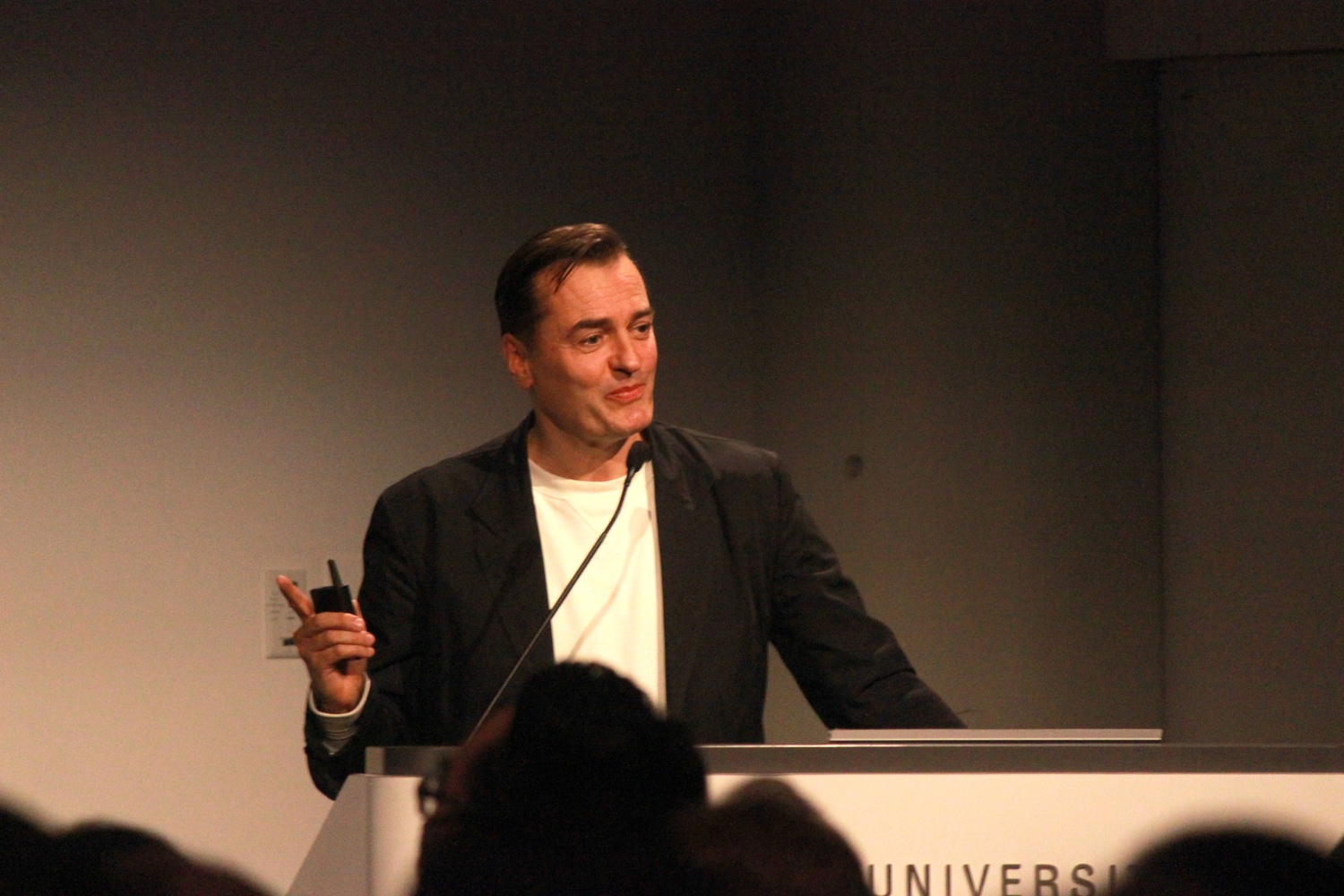 Patrik Schumacher, now the leader of Zaha Hadid Architects after Hadid’s unexpected death, talks about their collaborations and her unique perspective on architecture. Elia Zenghelis and Xin Zhang later joined him for a discussion. By Savannah I. Whaley

Hadid, who taught at the GSD in 1986 and 1994, is the first woman to have won the the Pritzker Architecture Prize, which some consider to be the top architecture prize.

Tuesday’s event in Piper Auditorium was the second time the GSD honored Hadid—the school held an event in March mourning her immediately following her death from a sudden heart attack at the age of 65.

At the event, GSD Dean Mohsen Mostafavi unveiled the Zaha Hadid/Omniyat Fellowship Fund to provide financial aid to Masters in Architecture Degree candidates who are residents or citizens of Middle Eastern countries. The fellowship will be sponsored by the Dubai-based real estate firm Omniyat.

“This scholarship will stand as a lasting tribute to this artist who brought people together,” Omniyat CEO Mahdi K. M. J. Amjad said. “It is my desire for this fellowship to find the next Zaha Hadid from our region.”

Tuesday’s event kicked off with opening remarks by Mostafavi, a personal friend of Hadid, followed by other speakers who all knew Hadid in varying capacities.

Elia Zenghelis, who was one of Hadid’s first teachers, said Hadid was more than just a student to him.

“It wasn’t necessarily a student-teacher relationship,” Zenghelis said. “It was more like losing a daughter.”

“She’s a very authentic person. I have never met someone as fearless as Zaha,” Zhang, who had contracted Hadid to design 14.7 million square feet of buildings in China, said. “Her work radiates that fearlessness and that authentic spirit.”

Students who attended the event said they appreciated the multiplicity of perspectives presented on Zaha as a person and a professional.

“I think the bringing different perspectives like the partner, the teacher, and the client was really interesting to show the actual process of what makes her as special as she is today,” GSD student Wilson Harkhono said.

Mostafavi concluded the event by requesting that discussions about the importance of Hadid’s work continue.