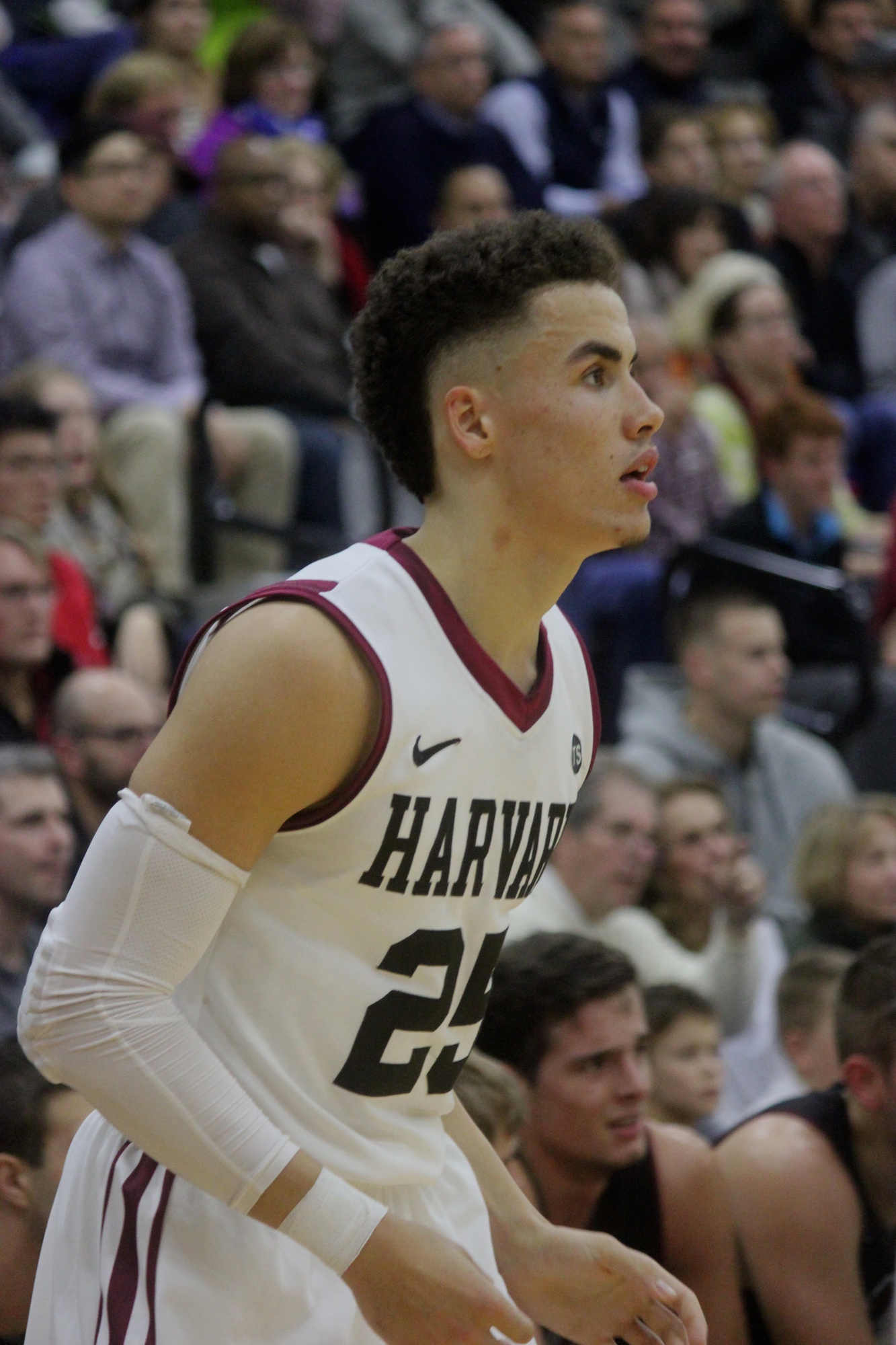 Sophomore guard Corey Johnson looks to build on a promising season and could be the main scoring threat for the Crimson.
By David Freed, Crimson Staff Writer

As the Crimson prepares to take on Stanford in its season opener, David Freed recaps the last season for each of the players on this year’s team and discusses the important season goals for each student-athlete.. In this article, he discusses the recent progression and the relevant next steps for sophomore shooting guard Corey Johnson.

Sophomore guard Corey Johnson looks to build on a promising season and could be the main scoring threat for the Crimson. By Eliza R. Pugh

Johnson's freshman year exceeded all expectations. From the first press conference—when Harvard coach Tommy Amaker made multiple references to Johnson while staying mum on the rest of the freshmen—to the penultimate weekend of the year, when he poured in 24 points on 15 shots against Brown, Johnson impressed across the board. He started in nearly every game, averaging just under 10 points a contest and setting Harvard's record for three-pointers made by a freshman.

What was most impressive about the record was that Johnson made few efficiency sacrifices to get there, shooting just under 40 percent from deep while jacking up six treys a contest. He made five or more threes on three separate occasions, including the second game of the season against Providence, when he announced himself to a national audience by pouring in 17 points on 11 shots. Johnson continued to play well on the biggest stages all year, putting in 11 threes in the team's run to the finals of the Diamond Head Classic.

For all his success shooting, Johnson resembled the typical freshman in the other stages of the game. He admitted late in the year that defense didn't come as naturally to him and it wasn't until the end of Ivy League play that he began to use the right angles to effectively force his mark towards the baseline and close off driving lanes. He was a far better scorer than playmaker, averaging a pedestrian 2.1 assists per 40 minutes, and was uncharacteristically mediocre at the free throw line—making just 68 percent, a mark Amaker classified as unacceptable at the end of the year.

With Johnson's starting spot all but assured (see below), he should work on rounding out his game with an eye on future growth:

1.Becoming a Shadow — Johnson's main area of improvement is perimeter defense. At 6'5", he has the potential to play three in smaller lineups, but only if he improves his agility along with his core and lower body strength. His foot speed will always be an issue, but he can circumvent that issue by taking better angles and improving his lateral movement.

2.The In-Between Game — As unsexy as the mid-range jumper is, Johnson should work on it. He will have an easier time finishing if opponents have to respect him pulling up and draining a 10 to 15 foot jump shot—which should be automatic given his talent shooting the ball.

3. Developing The Handle — Johnson showed good passing instincts throughout the year and the bigger impediment to his playmaking was his inability to create openings through the dribble. With an improved handle, he can open up holes with one or two dribbles—shifting defenders around to make the passes easier.

Barring a big change during preseason workouts, Johnson will be the starting two for the Crimson when they take the court in the fall. He is arguably the best shooter on the roster and certainly the best high-volume marksman that the team has. Simply having him on the floor will make life much easier on Chambers as the latter returns from injury. Chambers struggled to find space to drive in the lane as a junior and Johnson will be a big help in that regard.

However, the biggest determinant of Johnson's minutes will be his versatility. Given the amount of guard talent at Amaker's disposal, there is a lot of potential for three-guard lineups. Johnson is the biggest of these guards and the most natural fit at the three, but he has to show the ability to defend bigger wings for Amaker to trust him there. Likewise, Johnson's improvement as a playmaker will determine how much he can play as a potential lead guard. Both Chambers and fellow sophomore Tommy McCarthy are effective off-ball creators and will become even more effective if Johnson becomes a better scoring threat off the dribble.