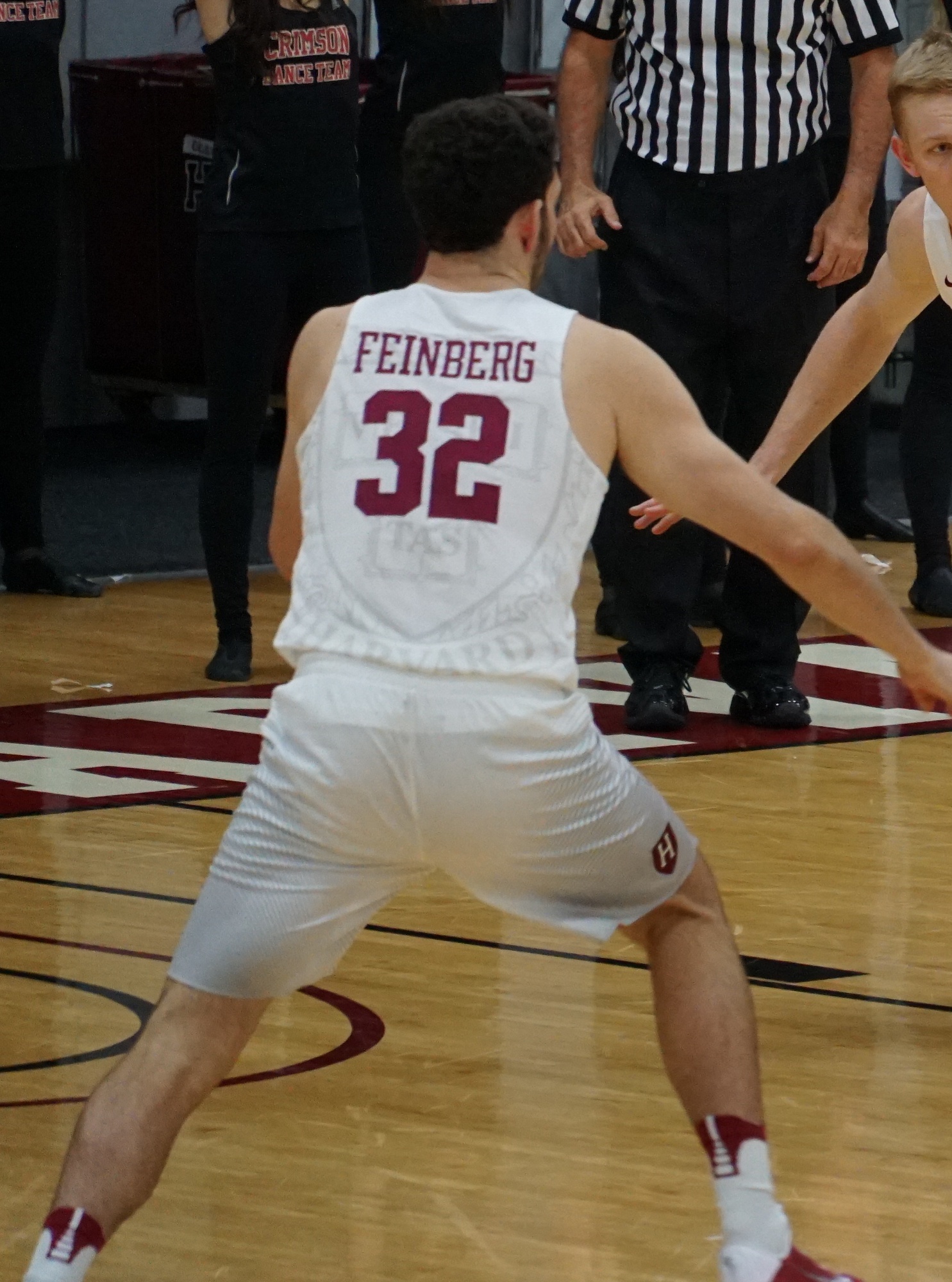 As the Crimson prepares for its season opener against Stanford, David Freed recaps the last season for each of the players on this year’s team and discusses the important season goals for each student-athlete. In this article, he discusses the recent progression and the relevant next steps for sophomore shooting guard Robbie Feinberg.

Sophomore Robbie Feinberg, a walk-on last year, will likely struggle to get playing time in his second season. By Ryosuke Takashima

Feinberg had a mostly anonymous season at the end of the bench in Cambridge. He played in just two games—against Bryant and Ryerson, two of Harvard’s biggest blowouts of the year—during the final minutes and attempted just two shots, missing both. Along with fellow sophmore James McLean, he struggled to get onto the floor and lagged behind classmates Tommy McCarthy, Corey Johnson, and Weisner Perez, each of whom saw meaningful playing time during their first seasons.

This isn’t to say that the season wasn’t a success for Feinberg, who was one of the first walk-ons that the team has taken during coach Tommy Amaker’s time in Cambridge. Over the last four years, only Charlie Anastasi ’15—often the team’s last big off the bench—has walked onto the team; in both cases, early-season departures of star players (Chambers this year, Brandyn Curry ’13-’14 and Kyle Casey ’13-’14 in 2012) paved the way for fresh blood.

Indeed, Anastasi (see below) is a model for what Feinberg can both expect and work towards over the next couple years.

As a relatively big shooting guard (6’4”, 200 pounds), Feinberg should seek to maximize his value to the team by working on becoming a 3-and-D wing:

1.Perimeter Defense — During Amaker’s tenure, it has been easier for defense-first players to earn playing time than vice versa. Over the course of the 2015-2016 season, when injuries forced Amaker to start McCarthy and Johnson in an uncharacteristic all-freshman backcourt, was an aberration. Knowing this, Feinberg should strive to make defense, which is (caution: overgeneralization here) more effort and technique than offense, his calling card.

2.Shooting From the Corners — In the NBA, the best way for an offensively limited player to gain his keep on that end is to develop into a serviceable corner three marksman. If he is good enough, he can keep defenses honest and create spacing without being asked to do much more. Although Amaker’s movement offense rarely stations players in the corner, Feinberg can make his most compelling case for playing time by pitching himself as this type of player.

The simple truth is that Feinberg is going to struggle to get playing time not only next year, but in the three that come. Anastasi, who admittedly joined the team a year later than Feinberg, never saw anything but spot minutes at the end of Amaker’s bench, falling behind younger teammates who were more heralded recruits.

This isn’t to say that Feinberg’s cause is hopeless, nor that he cannot make an impact. Anastasi was routinely praised by teammates for his work during practice pushing the team as a veteran leader. If you slacked off, teammates noted, Anastasi’s effort would make it clear. Feinberg is be part of an extremely young team this year, and his practice attitude and work ethic may go a long way with Amaker.