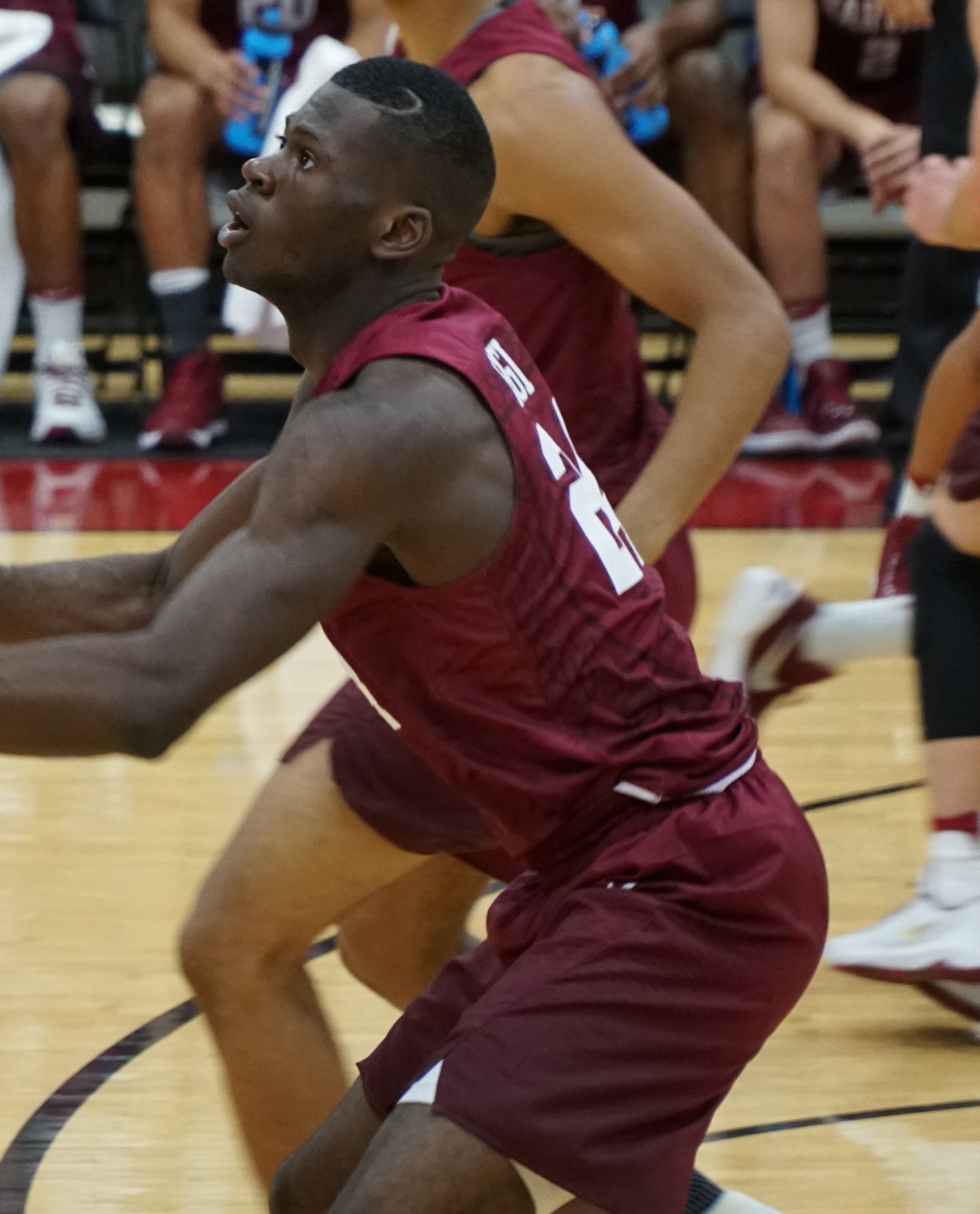 As the Crimson prepares to take on Stanford in its season opener, David Freed recaps the last season for each of the players on this year’s team and discusses the important season goals for each student-athlete. In this article, he discusses the recent progression and the relevant next steps for junior power forward Chris Egi.

Junior Chris Egi will likely battle for playing time in the paint alongside Zena Edosomwan and Chris Lewis. By Ryosuke Takashima

In his second year in Cambridge, Egi continued to progress. After getting spot minutes as a freshman, the big man became the primary backup to then-junior center Zena Edosomwan. With Edosomwan struggling with injuries and foul trouble for large portions of the Ivy League schedule, Egi played heavy minutes during conference play, registering 15 or more minutes in five of eight contests before being shut down during the season's final weekend.

When Egi got playing time, he showed progress on both ends of the floor from his freshman season. He shot just 45 percent from the floor but routinely generated good opportunities at the rim with his athleticism and ability to move around slower defenders. He was especially effective in transition, running the floor hard and punished lazier opponents. On defense, he showed himself to be an effective shot blocker in the paint with a quick second jump.

Despite this progress, opponents quickly figured out how to limit the big man. Egi shot a putrid eight of 29 at the free throw line and he was often fouled hard around the rim as opponents dared him to make up the points at the charity stripe, a strategy that was rewarded much more often than not. On defense, while he came up with some sensational blocks coming in from the weak side, he struggled as an on-ball defender and averaged more than seven fouls per 40 minutes.

To continue progressing and become a starter in his third year in Cambridge, Egi will have to take a couple big steps forward:

1.Shoot, Shoot, Shoot — Egi's free throwing shooting, quite simply, needs to be twice as good as it was last year if he wants to be able to play alongside Edosomwan, a sub-60 percent free throw shooter a year ago. Harvard coach Tommy Amaker played these lineups sparingly last year because they were an awkward fit offensively and defensively, and improved free throw shooting would be key in persuading him to play them more often.

2.Develop Footwork — A lot of the junior’s foul trouble last year came from getting caught out of position or being too jumpy defensively. Although he can improve on staying down and not falling for every pump fake, Egi can help put himself in more favorable positions by moving his feet better and walling off the paint from opponents. On the other end, cleaner post footwork will get him easier looks and allow him to use his 6'9" frame to wall off the paint.

If last season is any indication, Amaker will give Egi every chance to earn the starting power forward job alongside Edosomwan. Egi is the only veteran big man on the roster that has received serious playing time in the past and Amaker is very reticent to hand over the keys to his defense to someone who isn't innately familiar with it. Given Harvard's struggles with perimeter defense last year—something that will get better with the return of Chambers but looks to still be a problem—having smart interior defenders will be crucial.