Radcliffe Rowing Earns Top Spots at Foot of the Charles 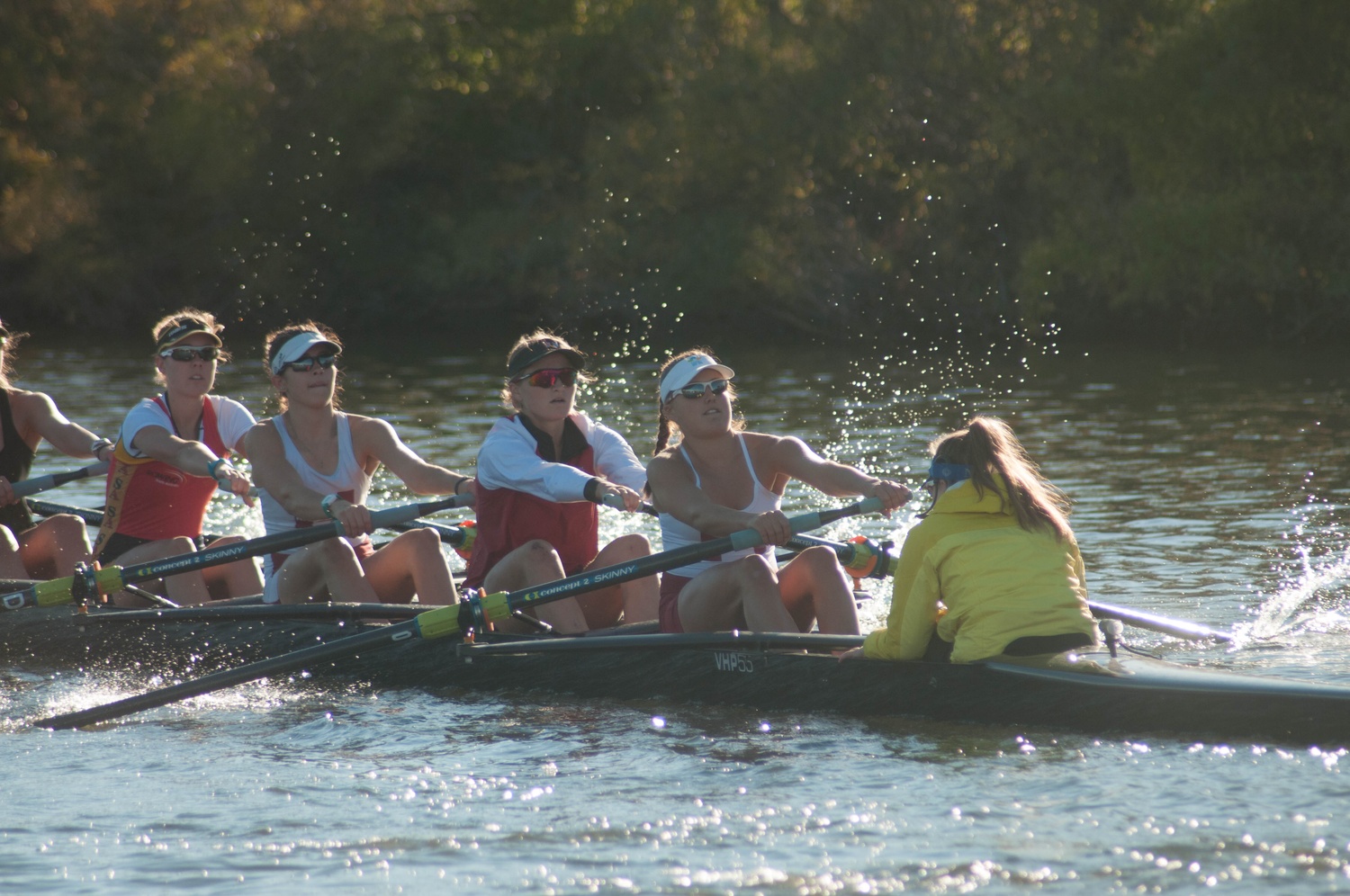 The Foot of the Charles is also unique in that both lightweight and heavyweight crews compete in the same categories, allowing the different boats to scrimmage each other while stacking up against some of their fiercest opponents.

Both divisions of the Black and White placed in top-10 positions in the premier Varsity Eight event, finishing their respective fall seasons on a fairly high note.

The lightweight varsity eight finished in eighth place, with a time of 21:34, falling short of its third place performance last year. While this result was not ideal, the only lightweight team that Radcliffe fell to was BU. Coming off a major victory over the Terriers at the Head of the Charles, the Black and White considered its result disappointing but not entirely indicative of its ability.

“The beauty is that if it’s windy for one boat, it’s windy for all of the boats. The game becomes who can let the weather affect them the least,” sophomore Julia Davis said. “I think that we managed the conditions pretty well and put up the best possible fight.”

In the Open Four event, Radcliffe’s lightweight varsity eight placed fourth with a time of 17:46, falling to Northeastern, MIT and BC heavyweight boats. However, the crew bested the MIT lightweight boat by 7.6 seconds.

While the close to their season was not phenomenal, the lightweight boats enthusiastically look forward to the spring—the squad’s championship-racing season.

“In head races, you can’t necessarily tell what the other boats are doing around you,” Davis said. “In the spring, the trick is to keep rowing like the other team is always making a move.”

Despite the harsh weather, the Radcliffe varsity eight prevailed, placing first. Contending in a field of 21 boats that represented Dartmouth, Northeastern, Boston University, and MIT, the Black and White improved upon its 6th place finish at last year’s Foot of the Charles.

“The team has worked hard this fall, and this race is a great opportunity to finish off the fall season, like another go at racing the Head of the Charles but a bit longer”, said sophomore Rafaela Stalph, who sat three seat in the varsity eight. “We managed to overtake Dartmouth fairly early on, within the first 1500 [Meters], and kept pushing away from there.”

With a time of 20:29, the eight developed a massive lead over runner-up boat Northeastern, pulling away to a whopping 19-second margin over the local rival. Similarly, the second varsity eight earned a respectable ninth-place finish in the same event with a time of 21:35.

In the Novice Eight event, Radcliffe fielded only one boat in this slightly smaller category, ultimately earning an eighth place finish. The Novice event featured an abridged version of the course, making it more of a sprint than an endurance race. The Huskies were the victors, putting up a time of 13:39, roughly a minute and a half over the Black and White.

“I think we learned that we need to maintain connection [in the stroke] off the front and drive through the legs, allowing the boat to surge forward, even when you are tired in the second half of the race,” said Stalph. “Over the winter, we'll keep working on our base fitness and building strength up until our Florida training trip. Building that base is important to be able to sustain speed during the dual races in the spring.”