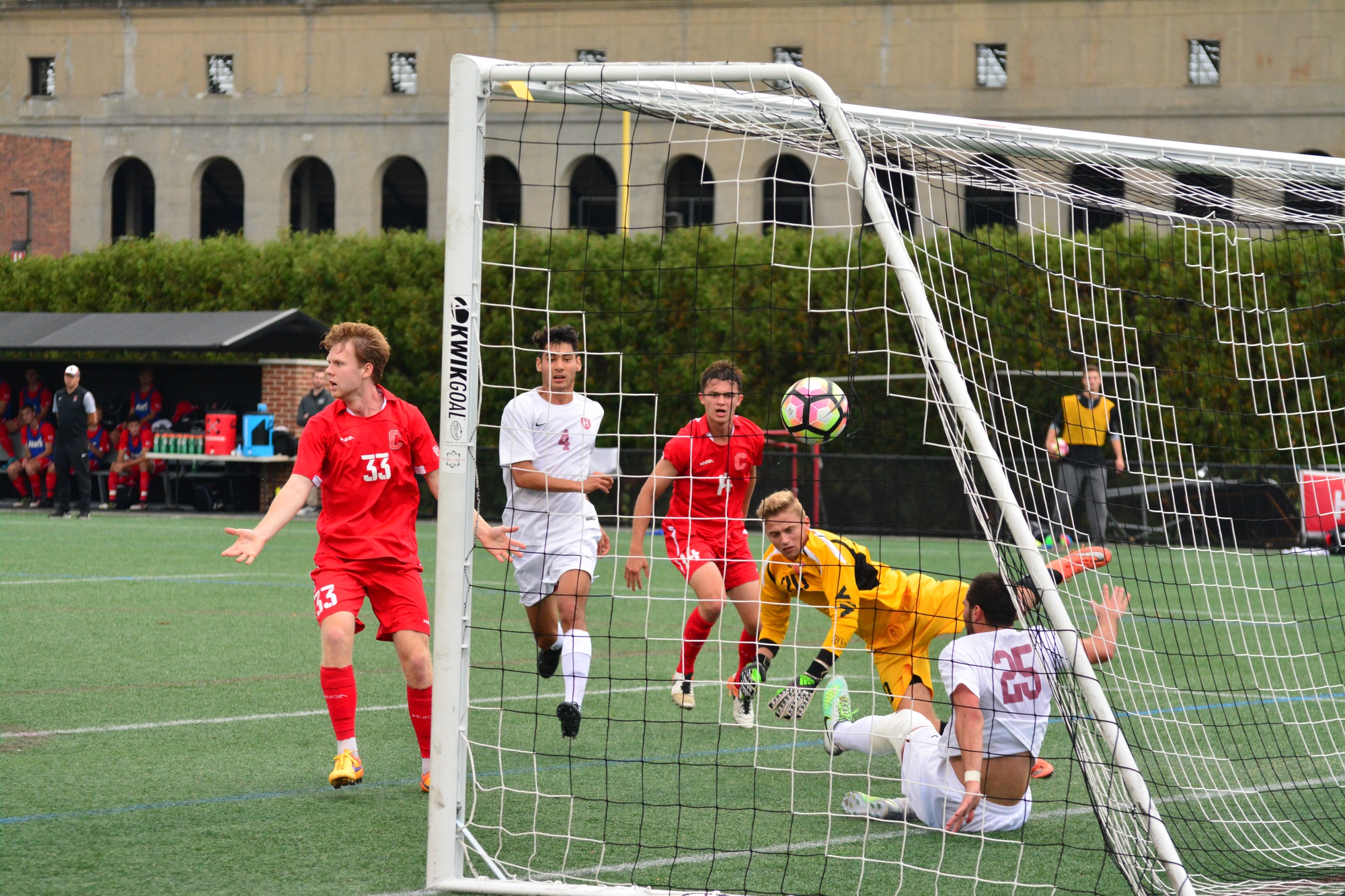 Harvard men's soccer in action against Cornell earlier this season. The team was recently sanctioned by the NSCAA, revoking all awards eligibility. By Charles K. Michael
By Julio Fierro, Crimson Staff Writer

The Harvard men’s soccer team is facing penalties from the National Soccer Coaches Association of America after the University found that the team continued to produce sexually explicit documents rating women through 2016.

The association released a statement indicating its board had voted to revoke all eligibility the team held “for NSCAA awards and/or recognition for the remainder of the 2016 season,” according to ESPN. The association cited failure by the Crimson to adhere to “the standard of conduct set forth in the NSCAA Code of Ethics”–which focuses exclusively on the role coaches are expected to uphold. The code of ethics asserts that, among other responsibilities, coaches must oppose “all types of discrimination, including, but not limited to, racism and sexism, at all levels of soccer”, operate under “the highest standards and regulations of the institutions they represent,” and oppose “abuse and harassment at all levels of soccer.”

The sanctions imposed by the association prevents any Harvard men’s soccer player from being recognized as members of any All-American or All-Region squad. In the 2015 season, current co-captain Andrew Wheeler-Omiunu and junior Sam Brown were both named to the NSCAA All-East Region Third Team. Earlier in the year, the team was recognized as one of 892 programs to earn the NSCAA Team Academic Award.

Last month, The Crimson reported that the 2012 men’s soccer team had produced a nine-page document ranking women, in vulgar terms, based on their perceived physical attractiveness and sexual appeal. After the Office of the General Counsel reviewed the current team and found its members had produced a similar document, Harvard cancelled the remainder of the team’s season.

“Harvard Athletics has zero tolerance for this type of behavior,” wrote Athletics Director Robert L. Scalise in a statement when announcing the decision to cancel the season. Representatives from the men’s soccer team declined to comment on the NSCAA decision.

The Ivy League also announced earlier that the team would be ineligible for the Ancient Eight title after having its season canceled and its members would not be part of any All-Ivy teams. The list of All-Ivy awards released earlier this week did not include or make mention of any Crimson players or the team.

Before any of the school-imposed sanctions were announced, Harvard sat atop of the Ivy League and in the driver's seat for the Ivy title and an NCAA bid. Additionally, the team was top-15 in the RPI, likely guaranteeing a first round-bye in the NCAA tournament were the team to have won its final two games.