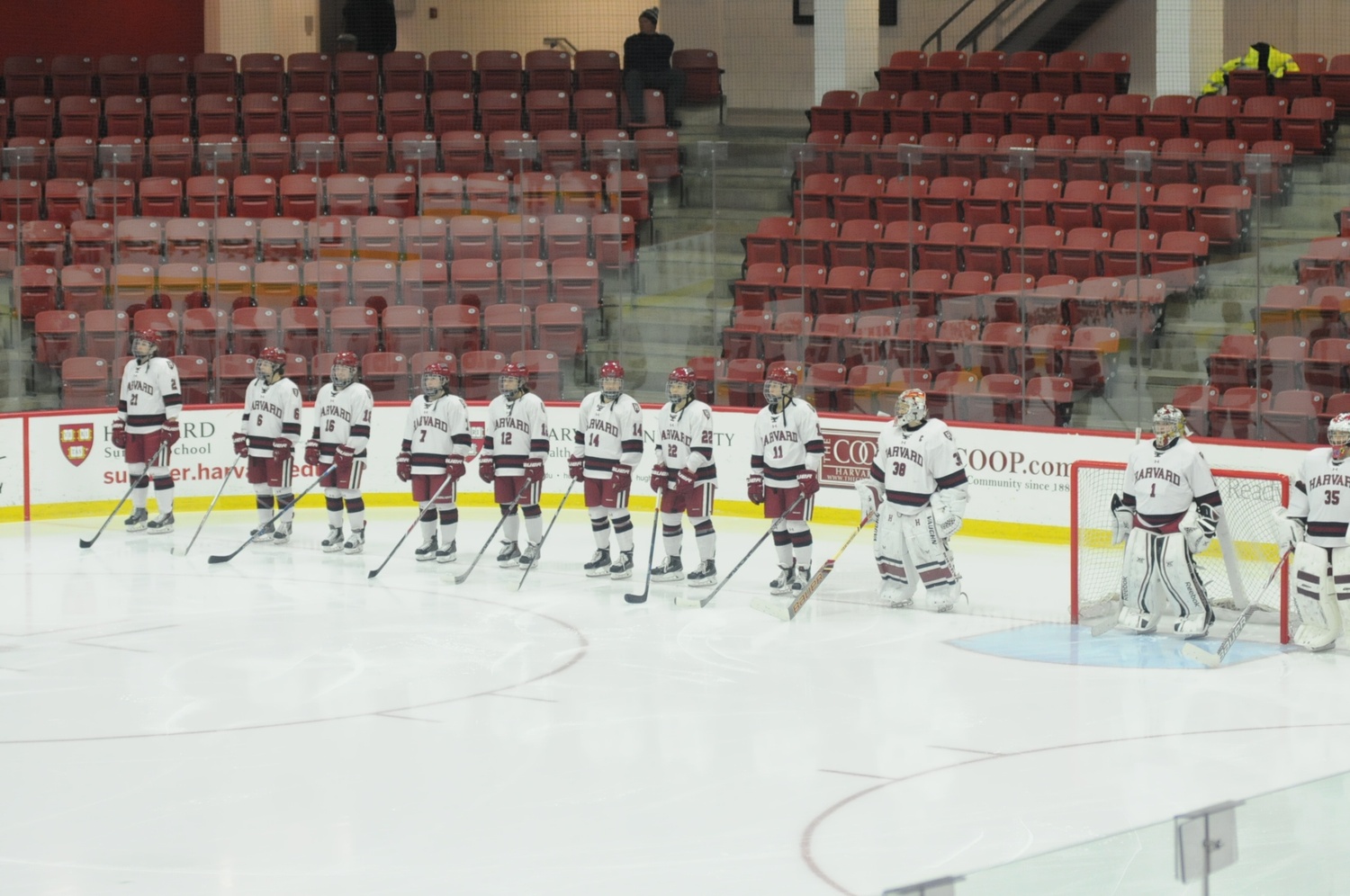 The Harvard women’s hockey team doesn’t believe in rebuilding years. After graduating five seniors last year and recruiting six new freshmen to the ice in Cambridge, the team is prepared to prove wrong those who view the 2016-2017 season as one solely for growth.

From the way this season has panned out thus far, it seems that the critics may be right. After starting the season on a positive note with a 5-1 win against Dartmouth on Oct. 23, the Crimson (1-2, 1-2 ECAC) dropped the following two games on the road to No. 8/8 Clarkson and No. 7/8 St. Lawrence, both by a score of 4-0.

“It was great we won our first game against Dartmouth,” co-captain Briana Mastel said. “That was huge—getting the first win is always important. Then the next weekend we dropped both games, but I think that’s better to get done earlier in the year to expose our weaknesses. That isn’t a bad thing.”

Harvard is up against a wall of expectancy this season, with 2016-2017 being the first campaign in the last three in which there hasn’t been an Olympian on the squad. Moreover, this season marks the first year without a handful of now-alumni who were influential in the team’s success during previous seasons. Miye D’Oench ‘16, who ranks 15th in program history in points with 122 and 14th in goals with 64, left a clear hole in the Crimson’s offense.

On the defensive side of the puck, Harvard must establish a new force in goal, as Emerance Maschmeyer ’16 graduated. She owned the overall program record for careers saves with 2,538.

What the team has lost in veteran talent, it made up for in youth. The newly minted class of 2020 brought in defensemen Ali Peper and Kyra Colbert, forwards Kat Hughes and Val Turgeon, and goalies Beth Larcom and Emily Yue.

“[Getting young players] is the beauty of being in this program,” head coach Katey Stone said. “You want to have kids in the program that are awesome while they’re here, and you hope that the great habits and discipline become contagious with the younger players. They carry the torch further, so again transition is everywhere.”

With the new mix of players, Mastel and fellow co-captain Sydney Daniels have made efforts to integrated new with old both on and off the ice.

“My hat is off to those guys,” Stone said. “They’ve done a tremendous job and so has the senior class. They’ve shared the load and the responsibility of having a young team forward and so far it’s been fantastic.”

After finishing fifth in the ECAC at the end of last season and falling to Colgate in three games during the ECAC quarterfinals, the Crimson came into the 2016-2017 slate without a national ranking for the first time in the past three seasons. Currently Harvard stands tied for sixth in the ECAC with Rensselaer and Cornell.

Despite the lack of formulated expectations for the team, the players still expect to make a splash in the upcoming season and do not see the predictions as indicative of how the season will pan out.

“I actually think [being unranked] puts us in a better spot because we have an underdog mentality,” Mastel said. “It’s almost better to not have expectations from other people. That way we can just work on ourselves—working on getting better everyday and taking care of things we can control.”

This mentality has climbed up to the coaching staff as well, with the realization that the team needs to play in order to prove itself.

“I think the main thing is to prove people wrong.,” Stone said. “Yes, we have a young team, but that doesn’t mean that we can’t be successful. Like any other season that I’ve been here, your goal is to put yourself in a position to win a national championship. You do that by trying to get better every day, and you do that by making the commitment.”

This season, the offense will be spearheaded by a combination of Daniels, Turgeon, and junior forward Haley Mullins. At this point in the season, senior goaltenders Brianna Laing and Molly Tissenbaum are both in contention for the starting spot between the posts. On her career, Laing has started 22 games and has a .886 win percentage, while Tissenbaum has started four games and has a .625 win percentage.

“No matter the expectation, every game we are setting out to win,” Daniels said. “We aren’t going to settle for anything less. We’re working hard, focusing on ourselves and the little things. We’ll get there.”