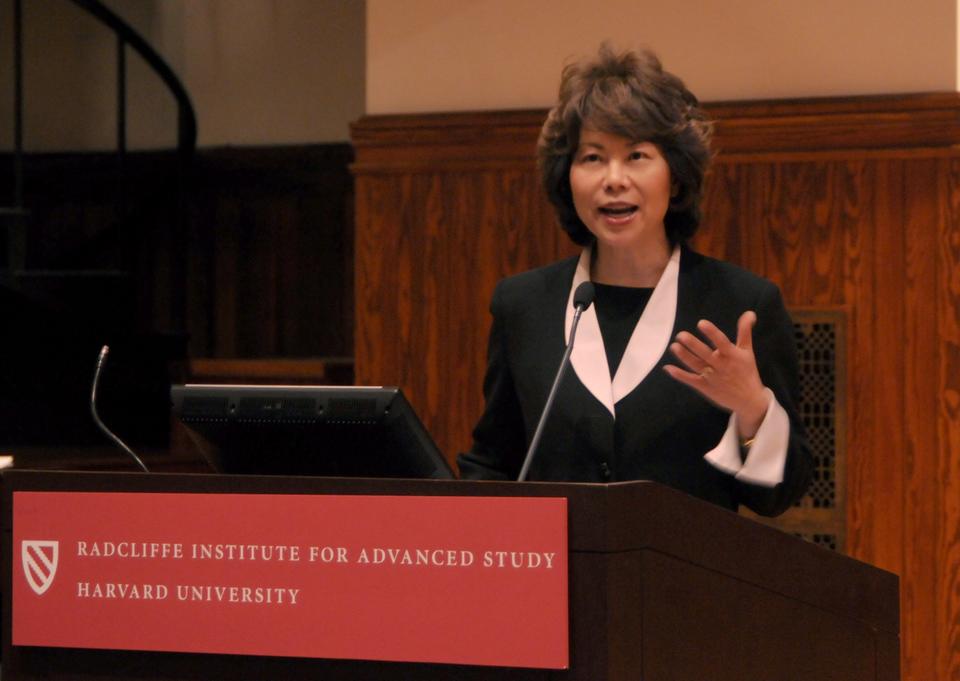 Elaine L. Chao, a Harvard Business School alumna and former U.S. Secretary of Labor, has been nominated by President-elect Donald Trump to serve in his cabinet as Transportation Secretary.

Chao, a Taiwanese immigrant who received her MBA from the Business School in 1979, served as the Secretary of Labor under President George W. Bush. She was the first Asian American woman and the first Taiwanese American in U.S. history to occupy a cabinet position.

As Transportation Secretary, Chao would likely play a key role in implementing Trump’s infrastructure development plans, which the President-elect has called a priority for his first 100 days in office. She served on Trump’s Asian Pacific Advisory Committee during the final weeks of the presidential campaign.

She also serves as chair of the Ruth Mulan Chu Chao Foundation, named for her mother. In 2012, James S.C. Chao—Elaine Chao’s father—and the family foundation donated $40 million to the Business School, most of which supported the construction of the Ruth Mulan Chao Center, which houses the Business School's executive education program, meeting places, dining areas, and offices.

Elaine Chao attended and spoke at the ribbon cutting ceremony for the building in June, accompanied by her husband and Senate Majority Leader Mitch McConnell and younger sister Angela Chao. Other notable public figures attending included Massachusetts Senators Elizabeth Warren and Edward J. Markey, along with University President Drew G. Faust. The Chao Center is the first building at the Business School named after a woman and person of Asian American descent.

Chao was a White House fellow under Ronald Reagan and the director of the Peace Corps under President George H.W. Bush, who also selected her as Deputy Transportation Secretary.

“We are pleased to learn of Elaine Chao’s appointment as Secretary of Transportation,” Business School Dean Nitin Nohria said in an emailed statement. “Having devoted so much of her personal life to public service, she exemplifies the School’s mission of educating leaders who make a difference in the world. We wish her great success in this new role.”

Pending her acceptance of the nomination, Chao would join fellow Business School alumnus Stephen K. Bannon in Trump’s administration. Bannon's appointment as Trump's chief strategist has drawn criticism from Harvard affiliates, including Business School alumni and the dean of the Radcliffe Institute for Advanced Study.