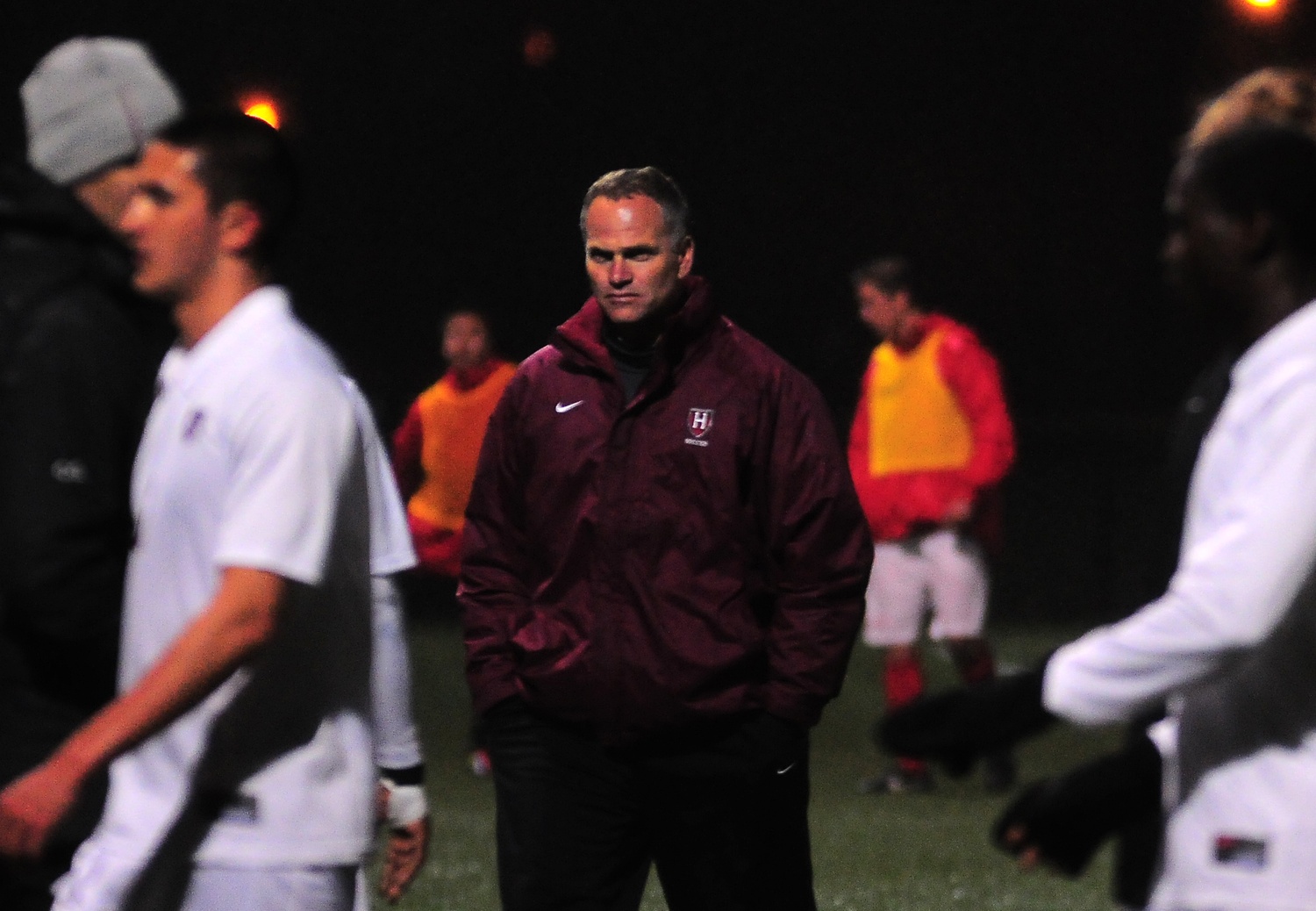 Before an Office of the General Counsel review into vulgar “scouting reports” produced by the men’s soccer team over the past several years resulted in the cancellation of their season, the 2016 team sat atop the Ivy League.

From a competitive perspective, the exposure of the team’s explicit annual tradition—a document rating freshman women’s soccer recruits on their perceived sexual appeal and physical appearance—comes at arguably the worst time for the Crimson. Because of the suspension, the team must forfeit the remainder of its regular season games–against Columbia and Penn–as well as any potential postseason play.

Going into the game against the Lions this weekend, Harvard had a 4-0-1 record and 13 points while Columbia and Dartmouth trailed the Crimson in second place with a 3-1-1 mark and 10 points.

A win at home against the Lions would have clinched at least a share of the Ancient Eight crown–the team’s first since 2009–and secured an automatic NCAA tournament bid.

In addition, Harvard is currently ranked 18th in the Top Drawer Soccer poll and 15th in the RPI, which the tournament committee uses for seeding purposes. With the top 16 squads in the RPI garnering a first-round bye and home advantage through at least the second round in the NCAA Tournament, a pair of victories in the final two games would likely have given the team the conference’s first top-16 seed since the Crimson was the 10-seed in 2009.

University President Drew G. Faust indicated that members of the soccer team had not been forthcoming when initially approached about the “scouting reports” and emphasized the gravity of their behavior.

Losing a prime opportunity is likely frustrating for Harvard coach Pieter Lehrer and the senior class. Since Lehrer took over the reins of the team in the fall of 2013, the squad has come close to winning the conference title each year, only to finish as runner-up and fail to make the tournament.

“We are beyond disappointed that our season has ended in this way, but we respect the decision made by our administration,” Lehrer wrote in a statement to The Crimson. “Actions have consequences, and character counts. We accept responsibility for our actions, and I know that we will use the experience of this terribly unfortunate situation to be better.”

Despite a rough start to conference play following a 3-3 tie to Yale and a California road trip that saw the teams drop games to Stanford and Cal by 3-1 and 6-2, respectively, the team had been on a roll. The squad was undefeated in its last nine games, and had a five-game win streak on the road.

But the potential ramifications for the team don’t stop there. The suspension of the season could make recruits hesitant to commit to a program now-tainted by the lewd “scouting reports,” while current commits might retract their decision and opt to play at other schools. As of now, topdrawersoccer.com has four players commited to the class of 2021 and two commited to the class of 2022.

If Harvard were to impose restrictions on future seasons–whether it be postseason bans or an indefinite suspension–members of the younger classes on the team could potentially transfer to other programs, assuming no other disciplinary action prevents them from leaving the College. With the freshman class in particular playing impressively, there is likely to be a plethora of teams–including Ivy rivals–interested in potential transfers.

A previous photo associated with this story misidentifed Pieter Lehrer.