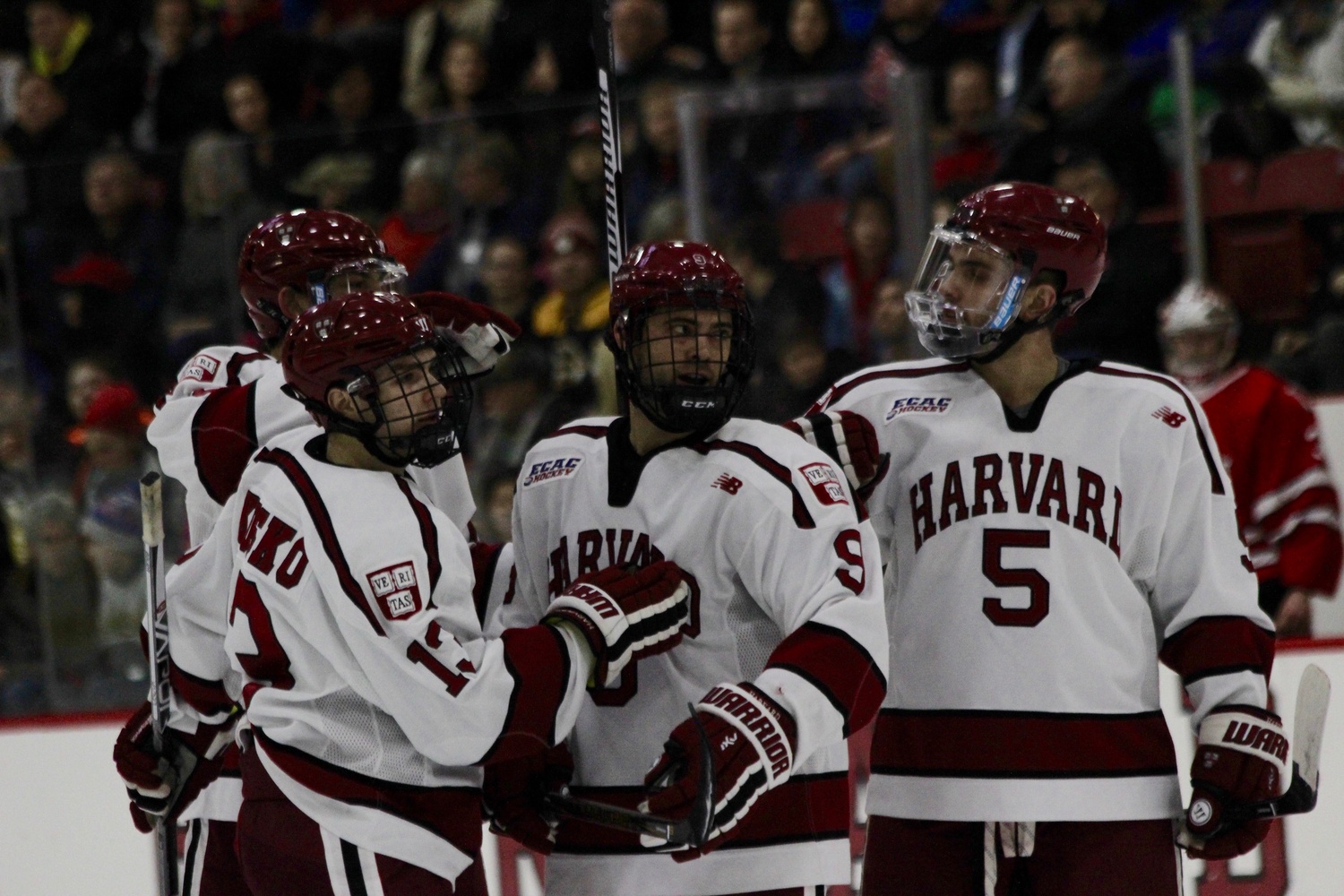 Senior forward Luke Esposito celebrates with a few of his teammates after scoring on Harvard's first power play to put the Crimson up 2-0 in the first. By Thomas W. Franck
By The Crimson Sports Staff, Crimson Staff Writer

With four weeks having elapsed since the Harvard men’s hockey team last took the ice, some rust was to be expected from the Crimson in its return to action Friday night, especially early on.

That turned out not to be the case. Instead, the opening six minutes saw Harvard fire 11 shots on goal, the last of which gave the Crimson its first lead of the season’s second stanza. And that edge would not be erased, as No. 4 Harvard (9-2-1, 5-1-1 ECAC) led throughout in a 5-1 victory over Rensselaer Polytechnic Institute at the Bright-Landry Hockey Center.