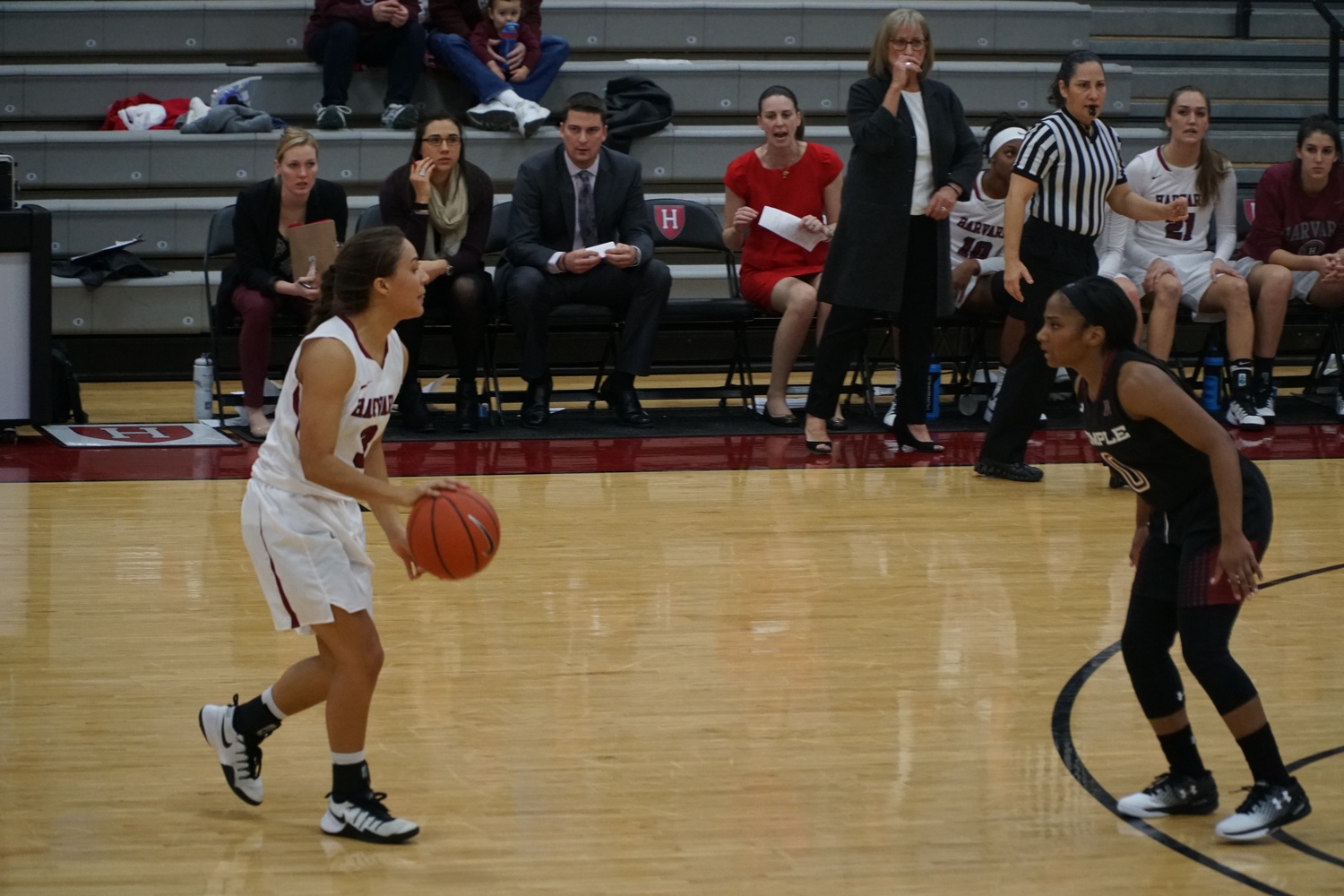 In the team’s second appearance in the Fordham Holiday Classic, the Harvard women’s basketball team has again advanced to the championship game with its 79-61 victory over UNC Asheville at the Rose Hill Gymnasium in The Bronx, N.Y.

With the win, the Crimson (10-1) improves its win streak to 10 games, its longest since a 12-game win streak during the 2006-07 season. The streak also makes for the best 11-game start in program history. For the first quarter though, the continuation of this streak did not look likely.

In the first ever meeting of the two programs, the Bulldogs (6-4) scored the first points of the game and continued to hold the lead throughout the majority of the first quarter until junior guard Taylor Rooks made a putback shot to put Harvard up 10-9 with 3:22 left in the quarter. The first would end as the lowest-scoring quarter of the game for either team at 12-11 in favor of the Crimson.

With the game standing at 20-19 three minutes into the second quarter, a three-pointer by freshman guard Katie Benzan put Harvard up four and catalyzed a 10-0 Crimson run. The team would never look back.

“In the second quarter, we found our rhythm,” Benzan said. “Our ball movement was hard to defend. We were making UNC Asheville move from side to side on defense.”

Sailing into halftime up 37-27, Harvard outscored its opponent in both second half quarters, 22-14 in the third, and 20-12 in the fourth.

“When we are sharing the ball, we just have too many threats so it's hard to guard us,” Benzan said. “Plus we made some defensive adjustments. We knew how UNC Asheville wanted to attack so we were able to adjust and stop them.”

Freshman forward Jeannie Boehm proved a dominating force at the boards, leading the team in rebounds, picking up 10 to go along with 14 points. The game represented her third career triple-double.

Rebounds have proved to be an advantage for the young team. Only once this season has the Crimson been outrebounded. Prior to the tournament, the team ranked 19th in the nation for rebounds per game with 44.8 and 22nd in rebound margin with a mark of +10.4. Against UNC Asheville, Harvard outrebounded the Bulldogs, 47-37.

“We make rebounding a priority, whether it's in practice or in games,” Boehm said. “It's something we have worked hard at and improved since the beginning of the season. Having an advantage in rebounding allows us limit the other team to only one shot per possession, as well as push the ball in transition.”

Benzan led the team assists, with seven, and in points, with 16. She was followed closely by Boehm with 14, and senior forward Destiny Nunley with 10. Benzan also led in three-pointers, picking up four on the night. The guard currently leads the team with 31, while the Crimson offense continues to rank near the top nationally for shots beyond the arc. Prior to Thursday’s match-up, the team averaged 8.2 per game and a three-point percentage of 37.1, 31st and 35th in the NCAA, respectively. Against the Bulldogs, Harvard made eight of its 19 attempts.

Bench points played a large factor in the success of the Crimson offense as well. Harvard’s bench outscored UNC Asheville’s, 31-13. Coming into the game for the Crimson after the whistle was Rooks with 10 points, sophomore guard Nani Redford with nine, and sophomore guard Sydney Skinner with eight of her own.

Harvard will play in the tournament’s championship game tomorrow against Buffalo (10-0). The Bulls have set a program record with a 10-game win streak to start the season.