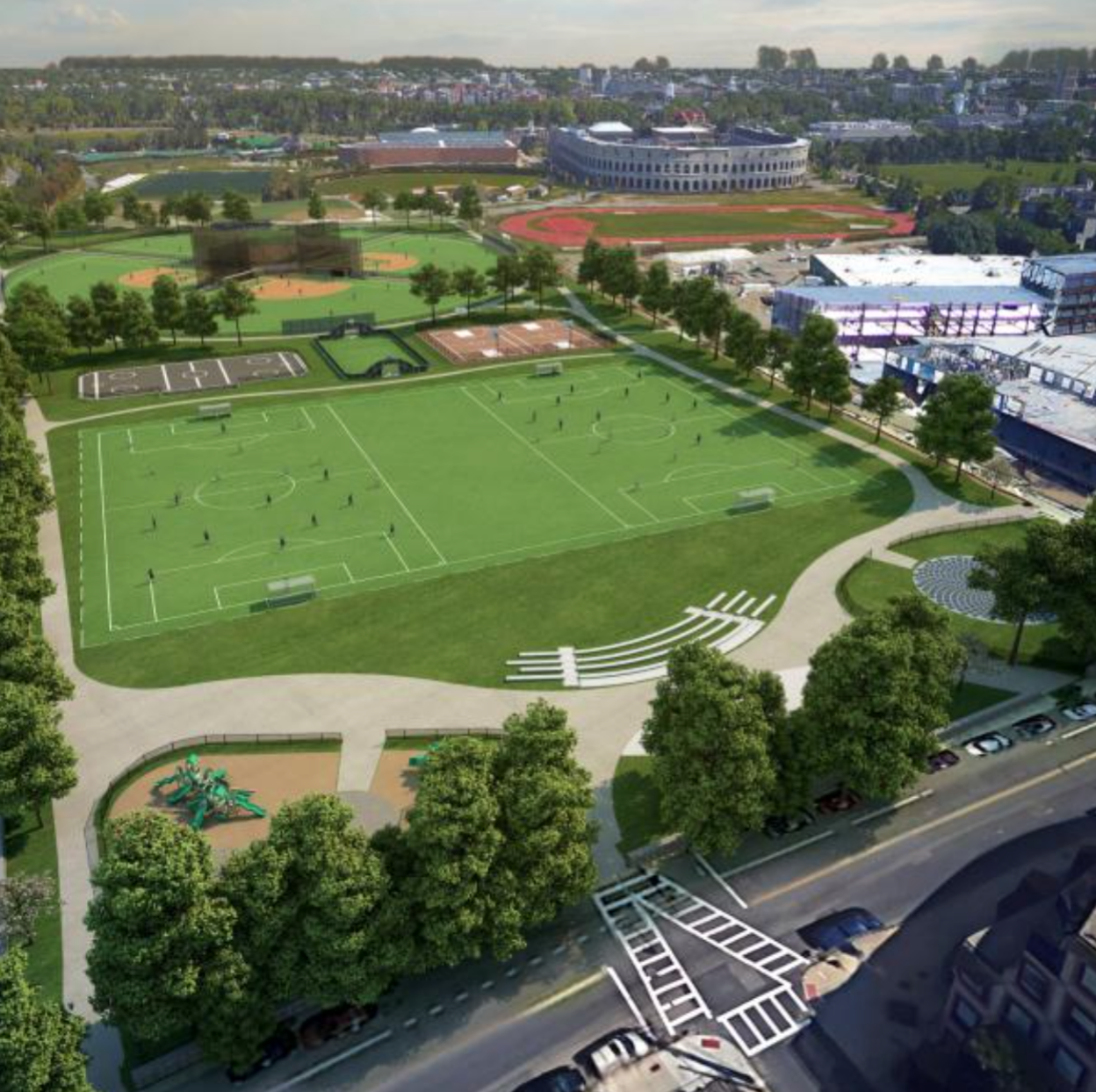 As Harvard continues its rapid growth in Allston, the Boston Department of Parks and Recreation is seeking University funding to revamp North Allston’s Smith Field playground.

Last Thursday, the Parks Department presented its master plan for the park to a committee comprised of Boston officials and Allston residents charged with allocating Harvard’s $5.35 million grant to neighborhood projects. The University disbursed the money to the executive committee as part of Harvard’s $43 million community benefits package outlined in the master plan for its Allston developments.

The new layout of the Smith Field Playground includes four adjacent little league and softball fields. By Courtesy of the Boston Parks and Recreation Department

The plan proposes a complete redesign of the 14-acre space located on Western Avenue, southwest of Harvard Stadium. In addition to baseline improvements in accessibility, lighting, and greenery, the updated park would include four baseball diamonds, basketball courts, a turf field, and a new playground for young children. City officials also suggested that public art be installed in the park’s community space.

The playground update carries a pricetag of $15.5 million, according to Parks Department spokesperson Ryan Woods. Woods said the department hopes to receive full funding for the project but acknowledged that its sticker price surpasses the funds Harvard allocated to neighborhood projects.

In its 63-slide presentation at the committee meeting, the Parks Department cited “significant growth and change” in the area as an impetus for the Smith Field renovation. Woods also cited dilapidated infrastructure as one of the main motivations for the update, noting that the Parks Department upgrades its fields every 12 to 15 years to “stay up to code.”

He added that residents have voiced complaints about the layout of the site, currently home to overlapping baseball and soccer fields, two basketball courts, a hockey court, and a playground.

“People say it’s very congested, like you can’t have all three fields be going at the same time, because somebody’s going to get hurt with a foul ball,” Woods said. “People are running into each other.”

Though the new plan addresses residents’ previous concerns over the spacing of playing fields, some Allstonians have expressed dissatisfaction with what they term the inadequate amount of proposed “community space.”

Paul Berkeley, longtime area resident and president of the Allston Civic Association, said he’d like to see a plan “more orientated to the neighborhood” as opposed to “ball fields for teams that come from all over” the greater Boston area.

“Places where people can sit, maybe some sort of little gazebo where they could have a band on summer nights, those are the kind of things that could encourage people to live in the neighborhood,” Berkeley said, adding that the neighborhood currently gets little use out of the site.

Despite his reservations about the proposed master plan for Smith Field playground, Berkeley said he was pleased that Harvard may help to fund a renovation of the site.

“The community [has] no resources to build these things and Harvard [has] those kind of resources,” he said. “It just makes sense to me to build a better relationship between the institution and the community, and it gives us both a place to gather and meet each other in these spaces.”