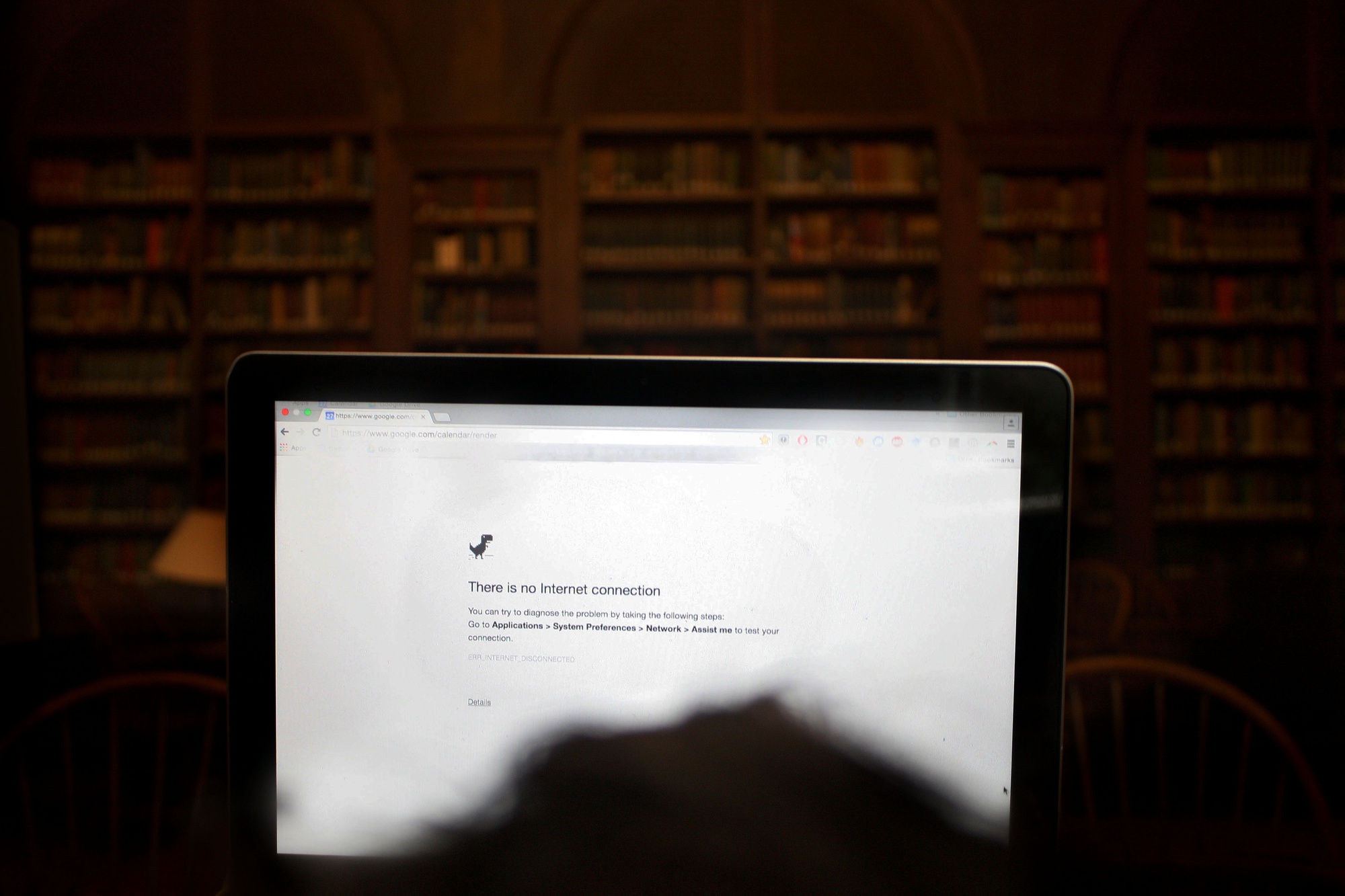 A student’s computer displays an error message while trying to connect to the internet in an upperclassmen house. Students have complained of W-Fi disconnections and outages on campus over the past few weeks.
By Ashley J Kim and Madina Radjabova, Contributing Writers

While students said they have noticed sporadic Wi-Fi disconnections in recent weeks , the Harvard University Information Technology office has seen no evidence of wide-ranging disruptions.

There have been three outages since January, according to HUIT spokesperson Acacia Matheson. The longest reported disconnection occurred over spring break in the Radcliffe Quadrangle, with wireless coverage restored "in hours." 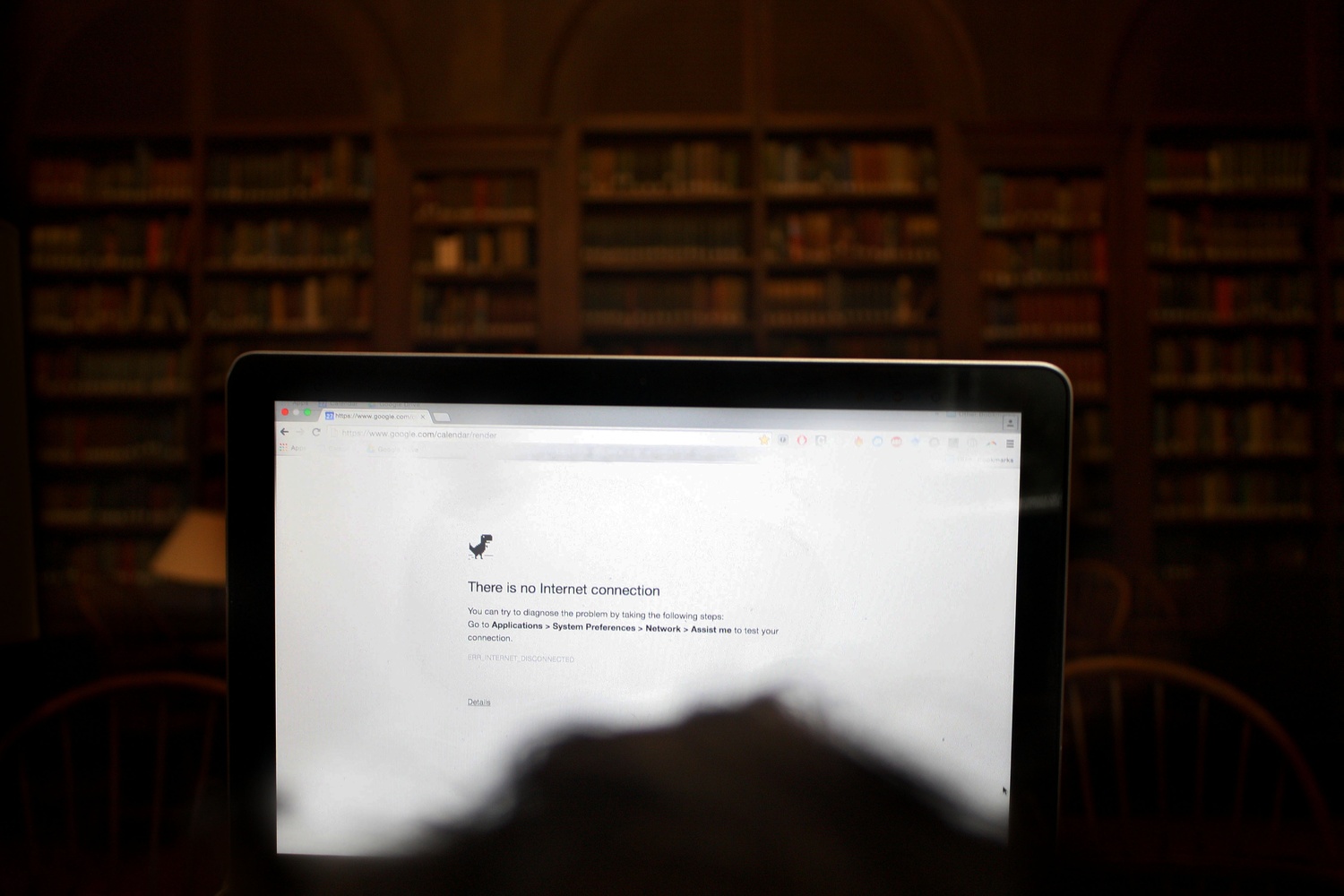 A student’s computer displays an error message while trying to connect to the internet in an upperclassmen house. Students have complained of W-Fi disconnections and outages on campus over the past few weeks. By Stella Y. Wong

Several students said they have noticed sporadic disconnections more frequently in the past few weeks, especially on their mobile devices.

Claire M. Rivkin ’19 said she has previously lacked access to the internet while working on an important project for class within Harvard Yard.

“I was actually trying to work on an important project where I needed to look up a lot of [video] clips, and the Wi-Fi cut off for about 45 minutes in the Yard. Which was just absurd,” she said. “It really just can’t happen when people are doing work that could be due in a few hours,”

Hannah E. Hardenbergh ’19 said she experienced her first wireless disconnections last Thursday while trying to watch a movie with her roommate on her laptop, although she said she has frequently experienced difficulties connecting to the Wi-Fi on her phone.

“Sometimes my phone will knock me out of the Harvard University Wi-Fi, and I have to find it again,” she said. “I’ve experienced this a lot of times.”

Matheson wrote that HUIT incidence reports showed no evidence of a systematic problem. Still, she added that power outages caused the first two Wi-Fi outages and a hardware failure in Littauer caused the third one.

“Since January, there have been two wireless outages, both localized to individual Houses or buildings on campus,” Matheson wrote in an emailed statement. “In both instances, these interruptions in service were due to facilities work.”

Although the first two outages only affected individual Houses and network areas, the third, which occurred over spring break, impacted Wi-Fi connection all over campus for several hours.

“[T]he third over spring break did have a broad impact,” Matheson wrote. “The net result of reviewing wireless outages is a good reminder that the Harvard wireless network is both expansive and complex, as there are a number of underlying elements that make up the service.”

Matheson noted that none of the recent incidents point to a larger problem.

“There was nothing found in the survey of incident reports that would point to a systematic problem, nor are there any structural modifications that have caused a negative impact,” she wrote.