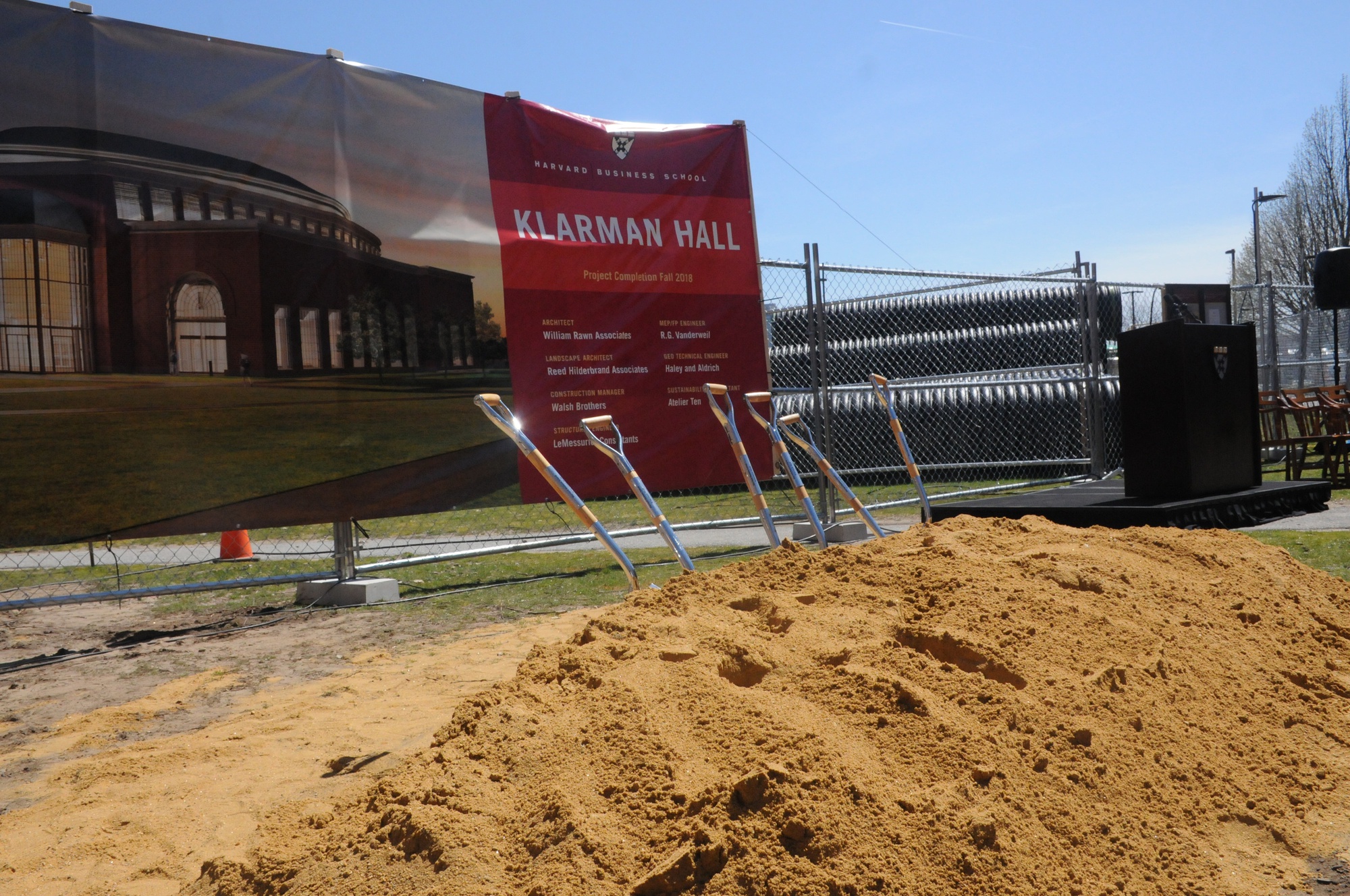 At Thursday’s groundbreaking ceremony, Harvard Business School members gather to celebrate the construction of Klarman Hall. The new structure is funded by a gift from Seth and Beth Klarman as part of the ongoing University-wide $6.5 billion capital campaign.
By Julia E. DeBenedictis, Crimson Staff Writer

With shovels and hardhats, members of Harvard Business School gathered at a small ceremony to break ground on what will eventually be Klarman Hall, a new “convening center” for students and faculty. 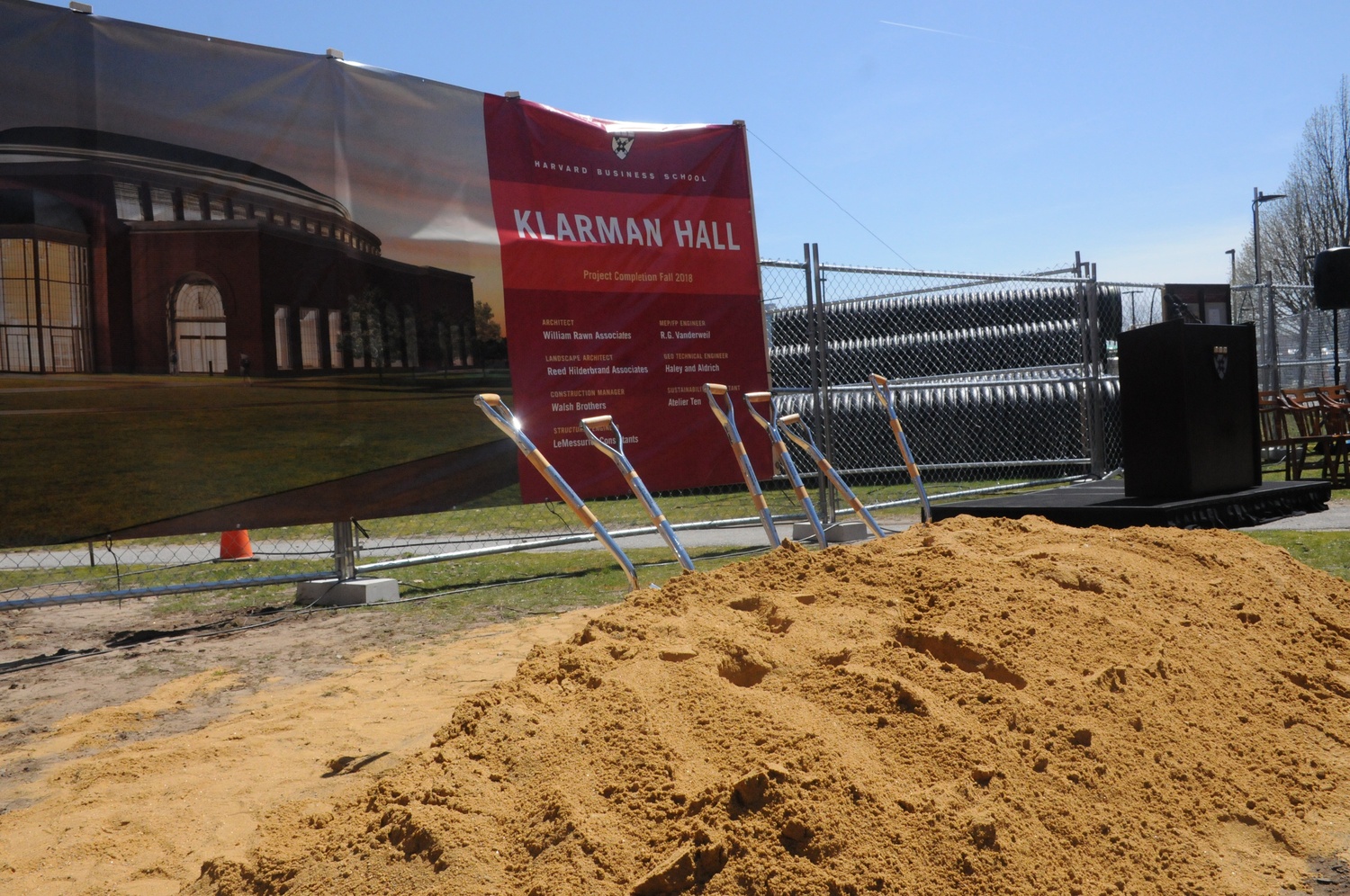 At Thursday's groundbreaking ceremony, Harvard Business School members gather to celebrate the construction of Klarman Hall. The new structure is funded by a gift from Seth and Beth Klarman as part of the ongoing University-wide $6.5 billion capital campaign. By Thomas W. Franck

The project is funded by a gift from Seth and Beth Klarman as part of the ongoing University-wide $6.5 billion capital campaign, which recently met its overall goal. As of March, the Business School has raised $925 million of its $1 billion goal.

The hall is expected to open in 2018. Combining elements of a large-scale conference center, a performance space, and a smaller forum, the space has been dubbed as “a true One Harvard facility.”

Seth Klarman spoke about his inspiration for the gift, saying that the Business School has a powerful role in contributing to public dialogue about effective business management and practices.

“When you bring people with talent, vision, and ambition together in a space designed specifically to facilitate connections… the potential for transformative ideas and action is limitless,” Klarman said in a public statement.

He highlighted the building’s importance as a space in which the energy and innovation of all the students, faculty, and researchers can come together.

“I promise we will live up to the hope that this is an institution that will continue to educate leaders of the world,” he said.

Alongside Seth Klarman and Nohria were University President Drew G. Faust and Beth Klarman. The four stood side by side to make the ceremonial first dig in the spot where the hall will eventually exist.

Klarman Hall will include a 1,000 seat auditorium, which is enough to accommodate an entire MBA class. Currently, whole MBA classes can be accommodated in the auditorium of Burden Hall—the building the new one will replace—but not without setting up additional folding chairs, according to Business School spokesperson James E. Aisner.

The new hall will also include a multipurpose foyer, a pre-function reception space, stage and backstage space, and LEED Gold sustainability certification.