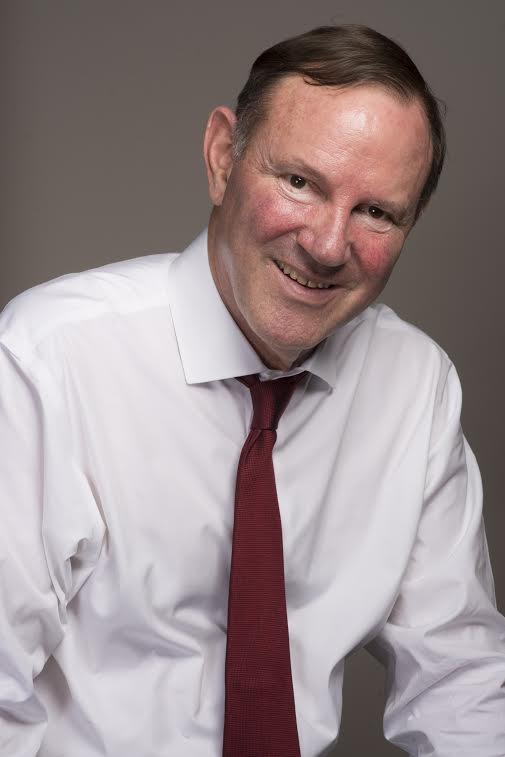 Donald E. Graham ’66 never imagined he would one day be standing at the wrong end of a burglar’s loaded gun.

Graham, the son of famed Washington Post publisher Katharine Graham, knew from a young age that he would take the reins and lead the Post one day. The newspaper had been in his family since his grandfather bought it in a bankruptcy sale in 1933.

But before joining the Post, Graham wanted to better understand the city where he had grown up. So when he returned from serving in Vietnam, where he was drafted to the 1st Cavalry Division during the war, Graham decided to join the D.C. police department. He would find himself confronted by a burglar, said Peter Cummings ‘66, who wrote for the Harvard Crimson with Graham and learned of the episode decades ago.

By Courtesy of Donald E. Graham

“Don realized this guy could kill him. And Don was very calm and said, ‘You don’t want to do this. You don’t want to kill a cop. If you do, it’ll just be horrible for you,’” Cummings said. “And the guy didn’t shoot him.”

Cummings, who acknowledged some of the story’s details have faded from his memory, called Graham’s decision to join the police department in the first place “pretty astonishing.”

“He didn’t have to do something like that, you know. He was going to be [publisher] no matter what—I mean, the family owned the business,” Cummings said. “But he did that kind of thing because he thought that was the kind of experience he needed to be a good [publisher] of a Washington, D.C. newspaper.”

From patrolling the streets of D.C. to serving in Vietnam, Graham learned the stories of other people, all the while strengthening his skills as a journalist. But his first training ground was The Crimson.

Graham spent many of his nights at Harvard in the basement of The Crimson. Sitting in front of two linotype machines —19th century instruments that set the daily paper in lead type—he and his colleagues proofread the stories, lined up the text, and made sure headlines were properly configured.

“If I were honest with myself, I spent more time at 14 Plympton Street than in any library or classroom,” Graham said, referencing the Crimson’s address. “So many of my memories revolve around The Crimson, the stories I covered, and the friends I made.”

Graham, a History and Literature concentrator and Winthrop House resident, quickly rose through the ranks of The Crimson to become its president.

“My memories of The Crimson revolve around two things: one was my friends, and one was the production process—how much time we poured into it,” Graham said. “I was also pretty lonely the fall of freshman year, as people sometimes are, and once I joined The Crimson that was not true anymore.”

Graham covered everything from sports and news to one of his main passions: the arts. He grew up loving jazz and blues music, an interest sparked by a high school classmate who convinced him to see a performance at the Howard Theater in Washington, where legendary singers Aretha Franklin and Otis Redding were known to frequent.

Later, as an editor for The Crimson, he would sit in a different theater: the Loeb Mainstage. Graham wrote reviews of different productions and essays about the state of theater at Harvard.

Boisfeuillet Jones, Jr. ’68, who would later follow Graham as both president of The Crimson and publisher of the Post, said he remembers Graham’s “huge interest” in the theatre, as well as his passion for sports. In high school, Graham said he played sports “relentlessly”—everything from tennis and baseball to wrestling and football. At The Crimson, he became a sports editor.

Those around him emphasize that Graham’s hard work, not his family name, enabled him to rise to the top of the newspaper’s staff.

“People might have looked at him as somebody who was destined for something, but Don really earned everything he had on the way there,” Jones said. “He never took anything for granted, never expected anything to be handed to him.”

Many of Graham’s peers at The Crimson pursued careers in journalism, and several remain his lifelong friends.

“As Crimson president, he had a quiet charisma,” Pulitzer prize-winning journalist and former Crimson editor Linda Greenhouse ’68 wrote in an email. “He didn't try to call attention to himself. But he was obviously such a good and talented guy that people automatically paid attention anyway.”

“Here we were, student journalists, and here was Don with the Washington Post in his family and it was clear that he was going to go back and be very much a part of running this terrifically important newspaper,” Lake said. “But it wasn’t as though he ever, in any way, lorded that over anybody, or made anybody feel less important or special.”

Graham recognized the importance of every member of The Crimson’s staff, Jones said.

“A newspaper is such an amazing entity because it comes out every day, and it takes all these people acting in concert to make that happen,” Jones said. “And he really truly appreciated that. He appreciated the linotypists, he appreciated the people on the editorial, the photographers.”

Graham said his father’s death in August 1963, around the time he would head back to Harvard for his sophomore year, was the saddest point in his life. But he also called it a “turning point in a way.”

After he witnessed the courage of his mother, who made the unheard of decision as a woman in the 60’s to run the Post herself, Graham said he was pulled more in the direction of one day working for the paper.

Long before he would assume leadership of the Washington Post, Graham was drafted to serve in Vietnam. By some trick of fate, a computer randomly selected him to serve as an information specialist—army jargon for a journalist.

A year after graduating from Harvard in 1966, Graham was assigned to take pictures and write stories for the 1st Air Cavalry Division.

“I got to know a very wide range of people in the United States Army,” Graham said. “While I’m still quite confused about the war in Vietnam, I do feel that the soldiers I served with in the Army were really remarkable people.”

After a year in Vietnam, Graham returned to a city reeling from the assassination of Dr. Martin Luther King, Jr. Washington was overrun by riots that left much of the city burnt down and several people dead. Desiring a firsthand look at the city he called home, Graham postponed his career in journalism and joined the police force.

Once again, Graham was thrust into an unfamiliar situation, spending 18 months policing the streets of D.C. and exposing himself to parts of the the city he had never known.

“I thought I did not know much about life in the city where I lived and where the Post is published,” Graham said. “I was called into the houses of a lot of very poor families in very difficult times.”

After his stints reporting in Vietnam and patrolling the streets of D.C., Graham felt he was ready. He went to work for the Post as a reporter in 1971 and succeeded his mother as publisher in 1979.

“People just admired him a lot, and that was true at the Post,” Jones said. “It’d be very hard to overestimate the influence that Don had on the newsroom at the Post.”

In 2000, Graham became the chairman of the paper, a position he held until 2008. In 2013, the Graham family sold the Post to Amazon CEO Jeff Bezos.

Aside from his career at the Post, Graham has devoted much of his time to philanthropic efforts, co-founding both a scholarship fund for the children of undocumented immigrants, who are ineligible for federal loans, and the D.C. College Access Program, which aims to increase the college attendance of students in the city.

Graham’s experience as a police officer helped spark this interest in educational access. He said that when he would enter the home of poor, struggling residents, he would ask himself how he could help the families.