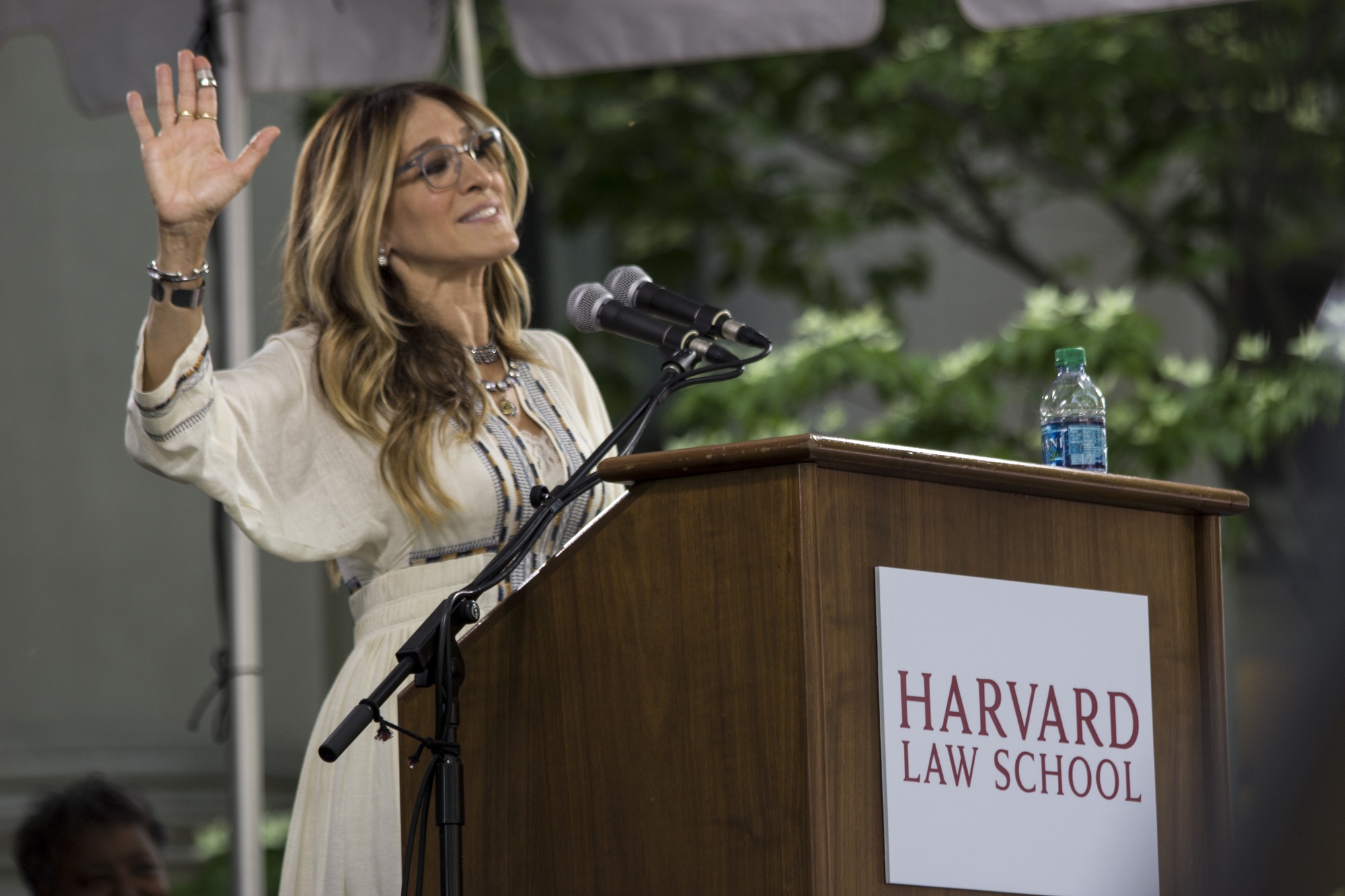 A self-proclaimed odd choice for the school’s Class Day speaker, Parker said she initially declined the offer from Dean of Students Marcia L. Sells to speak during the Class Day exercises, worrying that she was not the best speaker to address the class. Eventually coming around to the idea, Parker said she began to view her speech as a “beautiful burden.”

In her speech, Parker laid out her “nine hopes” for the class, many of which echoed what she referred to as the “golden rule”—to treat others as one would want to be treated.

At one point during her speech, Parker lamented that she would not have the opportunity to say each of the graduating students’ names individually during the ceremony. Instead, she asked the students to “scream” out their names in unison.

“Let it speak for your joy,” Parker said. “Be your least modest self.”

Parker was particularly impassioned when telling the students to be thoughtful and relentless in pursuing their dreams. She reflected on her own career, noting she often faced fear when auditioning for job opportunities. She advised class members to be open about their anxieties while not allowing doubts to prevent their success.

The ceremony, which took place outside of the school’s Langdell Library, was relatively subdued after a tumultuous year at the Law School. Yet, aspects of the ceremony reflected the year's events.

Following the Harvard Corporation’s decision to remove the Law School’s seal from campus, banners that formerly displayed seals on the library’s exterior had been changed to ones of solid crimson, without any adornment. Furthermore, members of Reclaim Harvard Law, a student activist group that advocated for the seal change, occasionally thrusted into the air posters emblazoned with images of raised fists from their seats near the center of the crowd.

Despite the somewhat muted audience, Law School Dean Martha L. Minow addressed the crowd ebulliently, praising students for their work and thanking them for their efforts to improve the Law School throughout the past three years.

The theme of the day fluctuated between reflection and foresight. Diana Liebenau, a graduating international student who also spoke, called on attendees to “look forward and backward,” adding, “That’s the Harvard mindset: always dreaming big, and always looking for what comes next.”