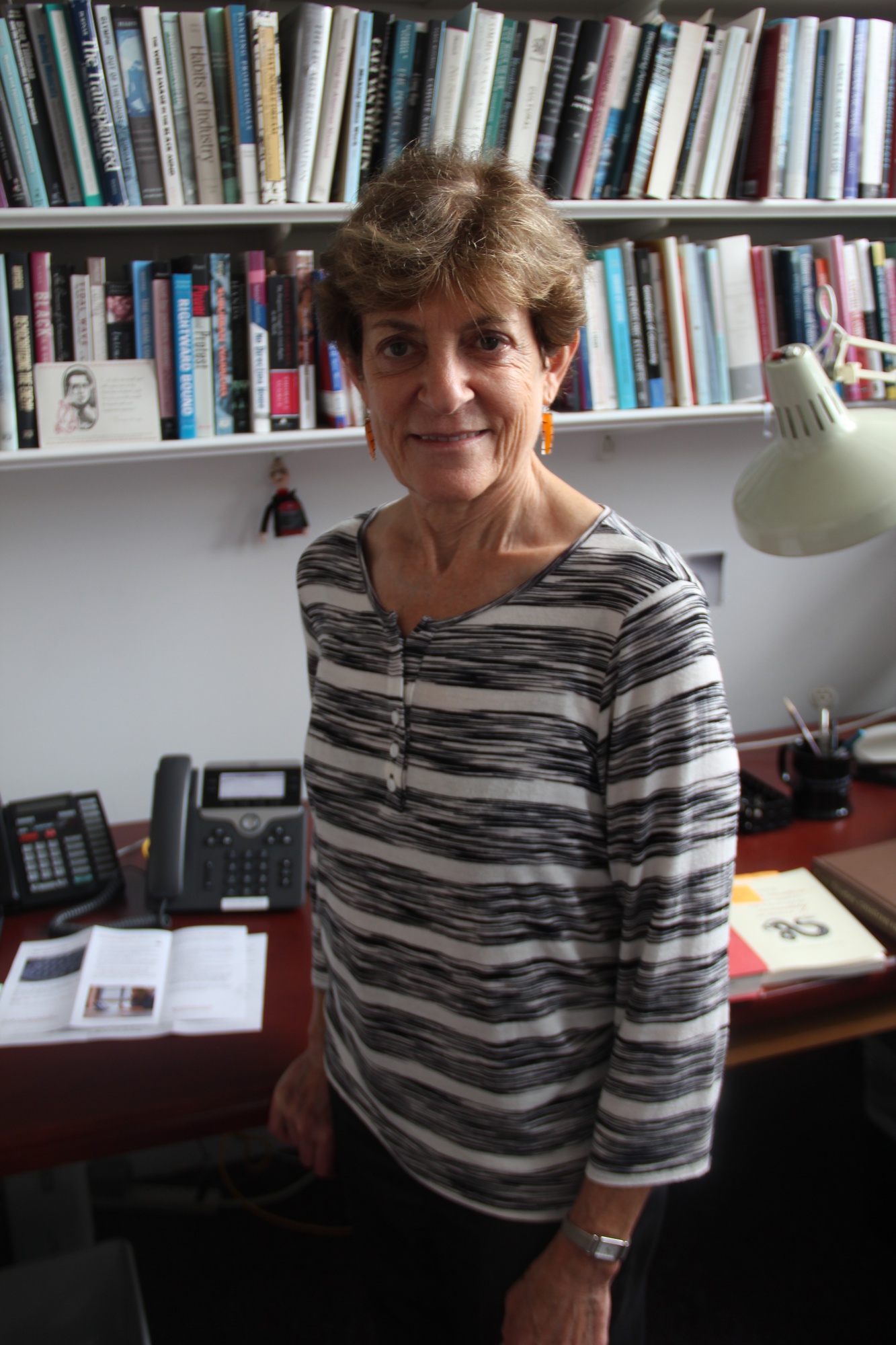 Cott is one of the country’s leading gender historians, and she’s spent the last half-century researching, documenting, and testifying against gender-based injustice.
By Laura E. Hatt

Nancy F. Cott sits upright at a wooden table in her Robinson Hall office. Her space is tidy. Her tone is cordial, a few degrees shy of warmth. Her manner breathes “academic” and “moderate” and “tenured professor in the Harvard History Department.”

There’s more than one way to fight the patriarchy. Cott is one of the country’s leading gender historians, and she’s spent the last half-century researching, documenting, and testifying against gender-based injustice.

In the beginning, that meant delving into women’s studies. “I got very passionate about women’s history because I was inspired by and motivated by the women’s movement, and by the idea of teaching about women’s lives to women in particular,” Cott recalls.

Her passion was timely—Cott graduated college in 1967, just two years before Cornell University, her alma mater, launched the first women’s studies class in the United States. Her first book, “Roots of Bitterness: Documents of the Social History of American Women,” was published in 1972. Before long, she was one of the giants of the field.

Then the field changed. “As people started looking at gender, gender structures, and gender formation more generally, my teaching moved to encompass both men and women and how gender affected their lives,” Cott says. She wrote “Public Vows: A History of Marriage and the Nation,” published in 2000, in part to address what she perceived as a lack of scholarship on the the topic.

That research was what drew her to the fight for same-sex marriage. “It was very important, as it turned out, to counter the opponents maintaining that marriage was one thing, that it had always been the same thing, that it had stood outside of time,” Cott says.

As legal battles over marriage equality swept across the country, Cott followed, organizing historians and testifying in expert historical defense of same-sex marriage. “That was the last 15 years,” she says.

Then, in June 2015, the Supreme Court ruled in favor of marriage equality. “It was rewarding in many ways, the feeling that here’s scholarly stuff that’s making a difference in the present,” Cott reflects. “That’s tremendously rewarding for a historian. It was tiresome, after a while, and time consuming.” When asked if she considers her job done, she exhales and nods sharply. “I think it’s done.”

So, what now? What do you do, when abrupt victory ends a battle you’ve been fighting for 15 years?

You pick some new battles, apparently. Cott is currently involved in multiple historian’s briefs, including one related to abortion restrictions in Texas.

“The ostensible justification in the state was that this was protecting women’s health,” Cott says. “So we wrote a very powerful brief on this issue, looking at [structures] which put women in a subordinate place to protect them, and how protection is usually a veil for male privilege.”

In the classroom, as in the courtroom, Cott has moved on. She’s begun researching a book related to the sexual revolution of the 1920s, and she’s teaching History 1462: “History of Sexuality in the Modern West.”

“I went where it seemed to me the new and exciting work was,” she says. “I had been in the field of studying gender for a long time. I wanted to pursue new interests.”

She relates the shift with calm, rattling off directions of future research like idle curiosities, as if they’re not built on years of her own trailblazing and persistent hard work.

“My career is long, because it’s almost at the end,” she says.