Athlete of the Week: Courtney Smith Bests All Competitors in HYP 5K 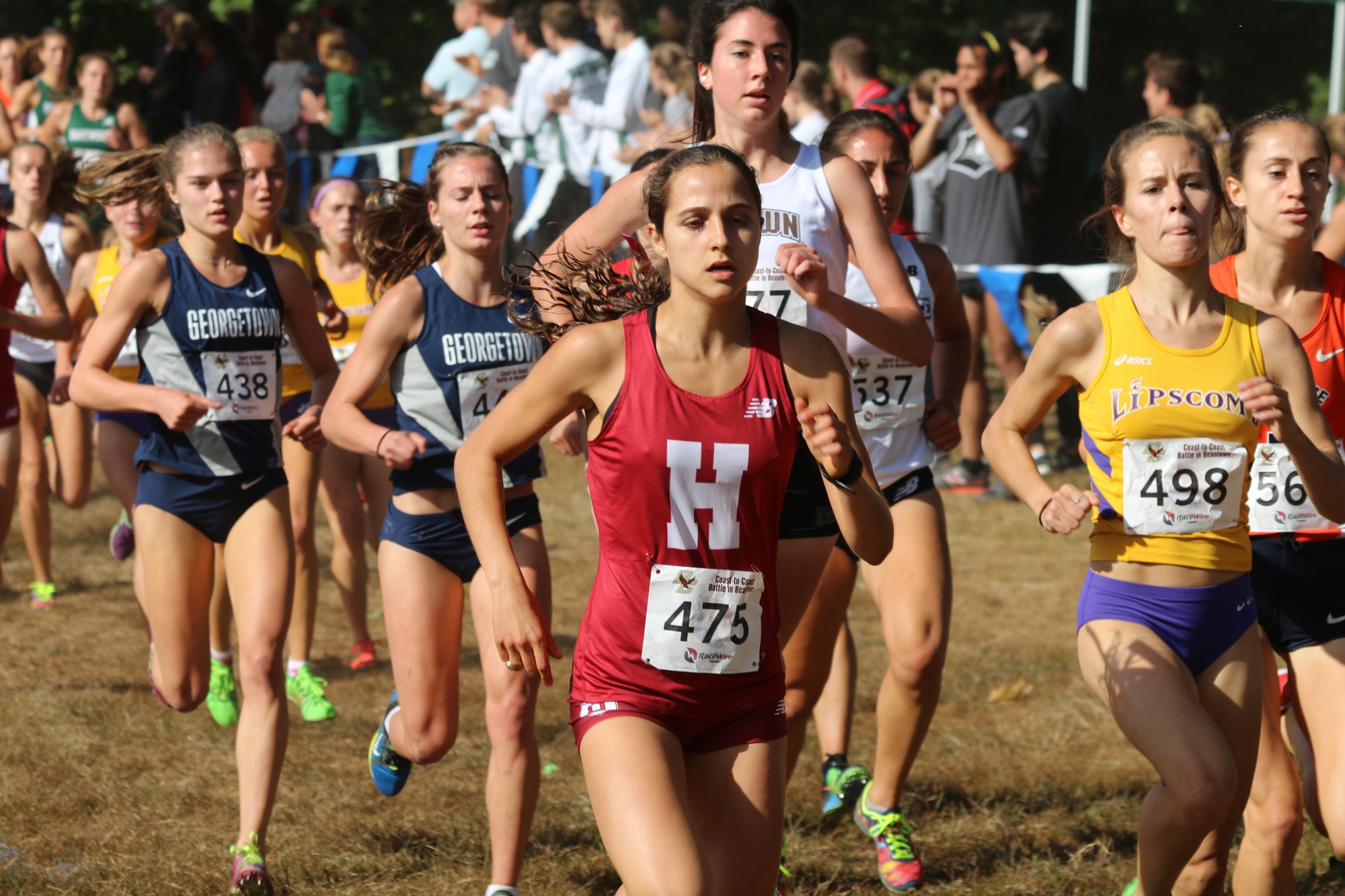 While Yale competitors took 2nd through 7th place at the HYP 5K, it was junior Courtney Smith who took the top spot.
By Cade Palmer, Contributing Writer 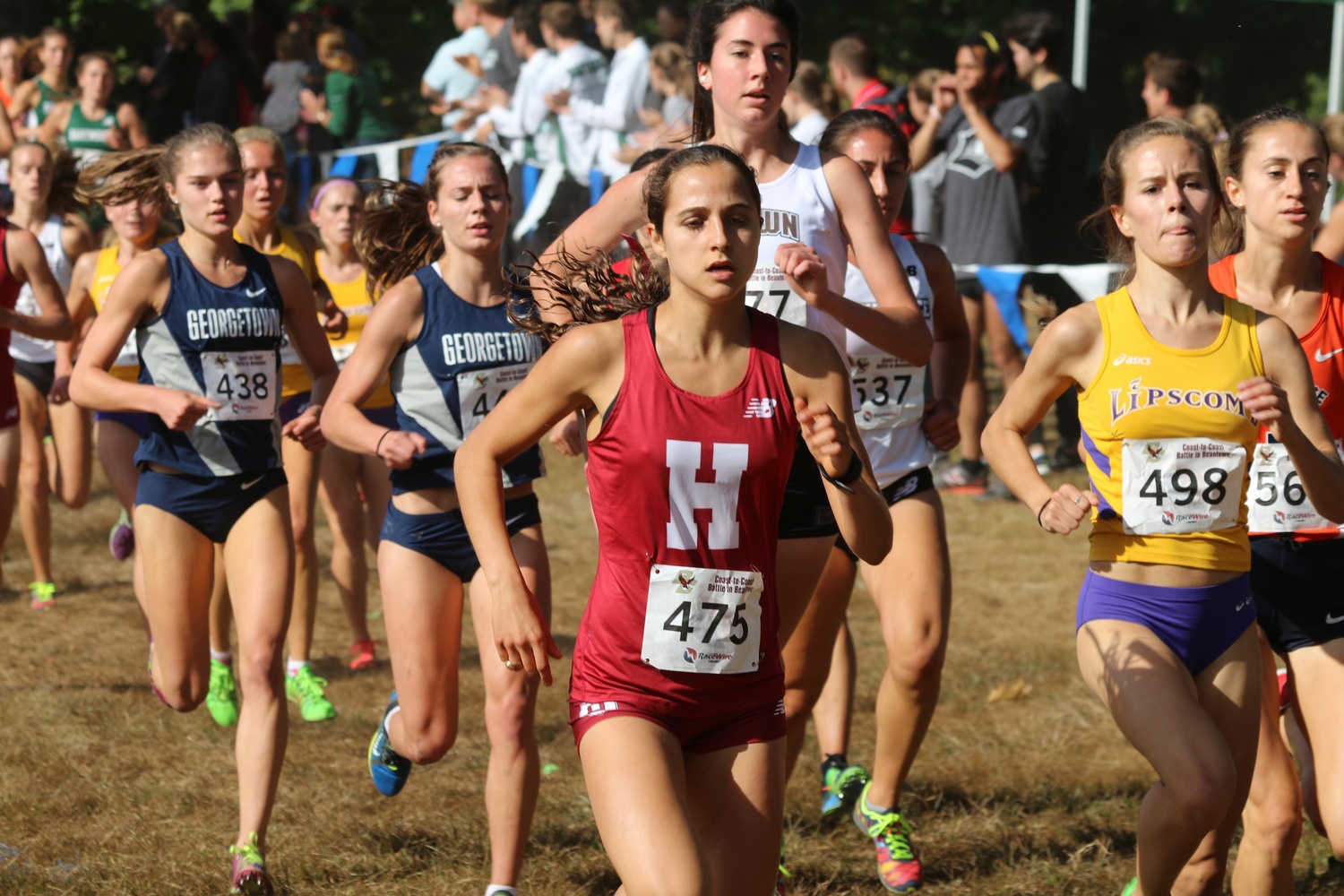 While Yale competitors took 2nd through 7th place at the HYP 5K, it was junior Courtney Smith who took the top spot. By Courtesy of Gil Talbot

It's perhaps an overused saying in sports that games come down to a matter of inches or a matter of seconds.

But beneath the vast majority of cliches lie a basis of truth. This weekend’s Harvard-Yale-Princeton meet showed just that.

Competing Saturday in the annual meet, junior Courtney Smith claimed the individual women’s 5K title with a time of 19:07.8. In doing so, Smith continued her offseason momentum into the collegiate cross country season, edging out two close Yale runners—Frances Schmiede and Emily Waligurski—with times of 19:08.6 and 19:08.9, respectively.

The junior’s performance is a further extension of her successful summer competing in the Olympic trials in July in Eugene, Oregon.

While Smith grabbed the individual gold, Harvard as a team came in second to the Bulldogs who secured the remaining six of the top seven spots.

Harvard won the meet last year, in large part due to a second-place finish by Smith. Yet, given the different composition of each team entering this new season, Yale was heavily favored to do so this year. A quick glance at the top-10 finishers would all but show that the Bulldogs delivered.

“I’m so proud of Courtney and her performance this weekend,” sophomore teammate Malia Ellington said. “She is an incredibly hard worker and her dedication is an inspiration to all of us. I think this is just the beginning of an awesome season for both her and Harvard cross country.”

The victory underscores a great achievement on the part of Smith who looks to build upon her success last year. As a sophomore, she posted the eighth fastest time in NCAA history and, in doing so, qualified for the U.S. Olympic trials with a 32:08.32 in the 10,000 meter. Based on the weekend’s performance, her ceiling is

The Westchester, Pa., native went on to finish 22nd in the qualifying race, with only the top three advancing.

Smith also qualified for the NCAA championships last fall and was an indoor All-American during the season. Last year, she also ran the second fastest 5,000 meter time in the history of Harvard’s women’s teams at the University of Washington track meet. This time of 15:46.44 also happened to be the fourth-best time in the Ivy League and the eighth-fastest time in the nation.

In addition to a 17th place finish by senior Madeleine Ankhelyi, junior Fiona Davis notched a 19th-place finish while freshman Brooke Starn ended up in 21st. Despite only two top-ten finishes by the Crimson, it was the first-place finish from Smith that buoyed the Crimson to second place.

Although the Crimson missed out on the top spot this weekend, the squad did beat out Princeton, who was, prior to the race, ranked 23rd in a U.S. Track and Field and Cross Country Coaches Association poll.

By that same poll, the Harvard women’s team entered the meet 25th and ranked 13th in the Saucony Flo50 cross country countdown.

For Smith, though, the HYP Meet was a little bit different. With only three schools competing, the field was more open and she could just focus on her race.

“I would say one of my favorite memories during the race was around the mile mark where I felt very relaxed and happy because I glanced around briefly and saw all of my teammates right next to me,” Smith said. “Most college races are big invitationals with hundreds of runners so to have the unique experience of drawing strength and confidence from the proximity of all the girls that I share such great memories of hard work and fun with was really special.”

The women’s team will head to Seattle on Oct. 1st for its next meet in preparation for the NCAA Nationals, which will take place on Nov. 19 in Indiana.