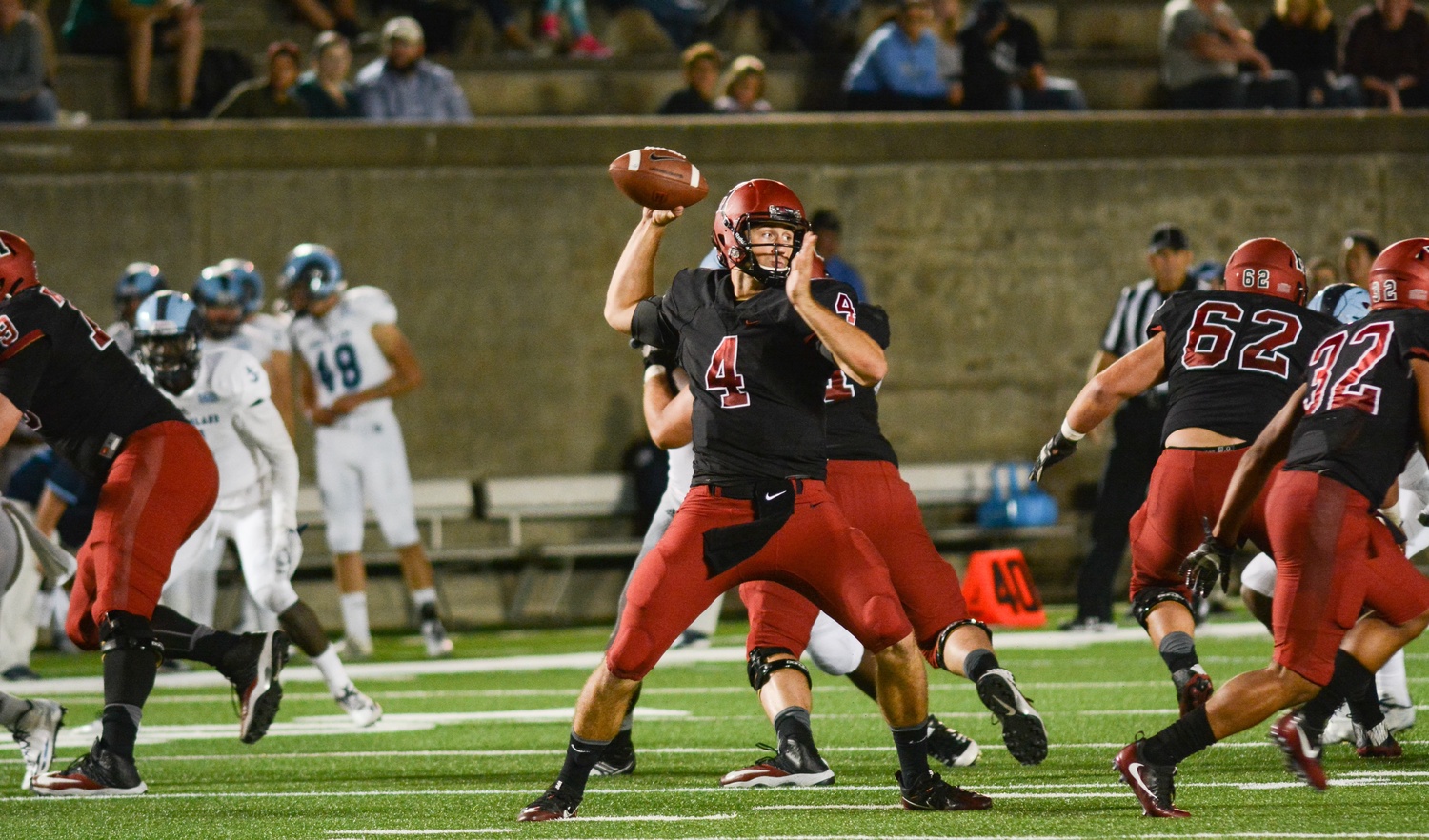 Heading into the season opener last Friday, the Harvard football team faced a slew of questions. How would the program rebound after losing a stout senior class? Who would replace two-year starter Scott Hosch at quarterback? Could this year’s Crimson deal with the expectations that come with three straight Ivy titles?

While some uncertainty still lingers, many doubts were silenced last weekend thanks to a 51-21 rout of the Rhode Island.

Harvard football has had its share of solid quarterbacks. Last year Hosch led the Crimson to a 9-1 record and its first ever three-peat in the Ancient Eight. Before that Connor Hempel recorded 21 touchdowns versus six interceptions in the final 12 games of his career. And a decade before that, Ryan Fitzpatrick commanded Harvard Stadium, captaining the team to an undefeated season in 2004.

Suffice it to say, coach Tim Murphy knows a good playcaller when he sees one.

Before Friday night’s game, quarterback Joe Viviano had never complete a collegiate pass - a fact that many, including this paper, made a point of mentioning. Plagued by injuries throughout his career, the senior made his first start against the Rams.

But if there were any doubts about what he could do, the 6’5” Viviano put them to bed early.

After three-and-a-half quarters, the starter left the game with 290 yards through the air to complement 51 rushing yards. He accounted for four of the Crimson’s seven touchdowns, tossing three and running for one.

“I thought Joe played very well,” coach Tim Murphy said. “[He] has had not only little to no playing time, but he [also] has had very limited practice time…. He’s made the most of the opportunity.”

While quarterback success is nothing new, an interesting contrast emerges when comparing Viviano’s playing style with the strengths of previous playcallers. Neither Hempel nor Hosch surpassed 300 running yards in a season; Viviano is on track to accumulate nearly 500. This mobility gives Murphy more play-calling flexibility and could prove to be a crucial factor in Harvard’s quest for a fourth straight Ivy League title.

When watching Viviano, the on-field comparison that jumps out immediately is Johnny Manziel. Both have a creative ability to extend plays with their feet when protection breaks down.

For instance, take Viviano’s rushing touchdown at the end of the first quarter against Rhode Island. As the pocket collapsed and defenders closed on him, Viviano spun out left but collided with a defender and offensive lineman. He then jumped back, side-stepped another defender, and scampered in for the touchdown. This play was remarkably reminiscent of Manziel, specifically his touchdown pass against Duke in the 2013 Chick-Fil-A Bowl.

“I just try to run the plays the way they’re designed,” Viviano said. “If stuff breaks down, I’ll just try to make a play with my feet. Ideally throw, but if I have to, run.”

Running a spread offense is all the rage in football these days. From high school to the NFL, this strategy allows a team to move players out of the box and use the whole field.

But the tactic isn’t news to Harvard football. In fact, Murphy has been running this offense longer than nearly anyone else in the country.

By spreading the field, an offense forces the opposition to stretch its resources thin. More linebackers have to play outside the box, making it easier to run the ball against a lighter defensive front.

In addition, the passing game remains a threat. There are anywhere from two to five receivers on the field at any given time, and even the simplest routes pose significant danger due to the lack of defenders in a given space.

“We’ve been running the up-tempo, no-huddle position probably longer than anyone in the nation,” Murphy said. “The bottom line is, the minute you put the quarterback in a shotgun situation...you don’t have to block as many guys.”

While the spread has clear benefits, it certainly has drawbacks. In the game against Rhode Island, the Harvard offense hardly went under center, even in short-yardage situations. As potent as spread offenses can be, they lack the strength of power formations when a team needs a few feet to convert a late down.

Less than nine minutes into the game, for example, the Crimson faced a fourth-and-one from the Rams’ 32. Although the down marker stood a mere three feet away, the offense elected to snap the back back an extra four or five yards before even thinking about forward progress.

In this case, the playcall didn’t make much of a difference as a Harvard lineman jumped offsides, resulting in a fourth-and-six.

“We don’t pretend to have all the answers,” Murphy said. “But we do what we do.”

AIR TO THE THRONE

Perhaps the most decisive takeaway from Friday night was that Viviano likes two particular receivers a lot. A whole lot.

Sophomore wideout Justice Shelton-Mosley and senior tight end Anthony Firkser each finished with over 100 yards receiving. Shelton-Mosley reached that milestone on nine catches, while Firkser made seven grabs, two of which went for touchdowns.

To put those numbers in perspective, both players alone had more receiving yards than the rest of the Crimson combined.

“It’s pretty clear that they’re both probably my favorite targets to throw to throughout preseason,” VIviano said. “Not that other guys can’t step up...but they’re very reliable guys to go to.”

Reliable might be an understatement. Last season, Shelton-Mosley tallied 589 yards through the air despite starting play as a true freshman. Meanwhile Firkser had tallied 857 yards in his career before Friday, including 372 last season.

If either player enjoys a breakout season, then you can trace the start of dominance to last Friday.

—Staff writer W. Gant Player can be reached at wadeplayer@college.harvard.edu.