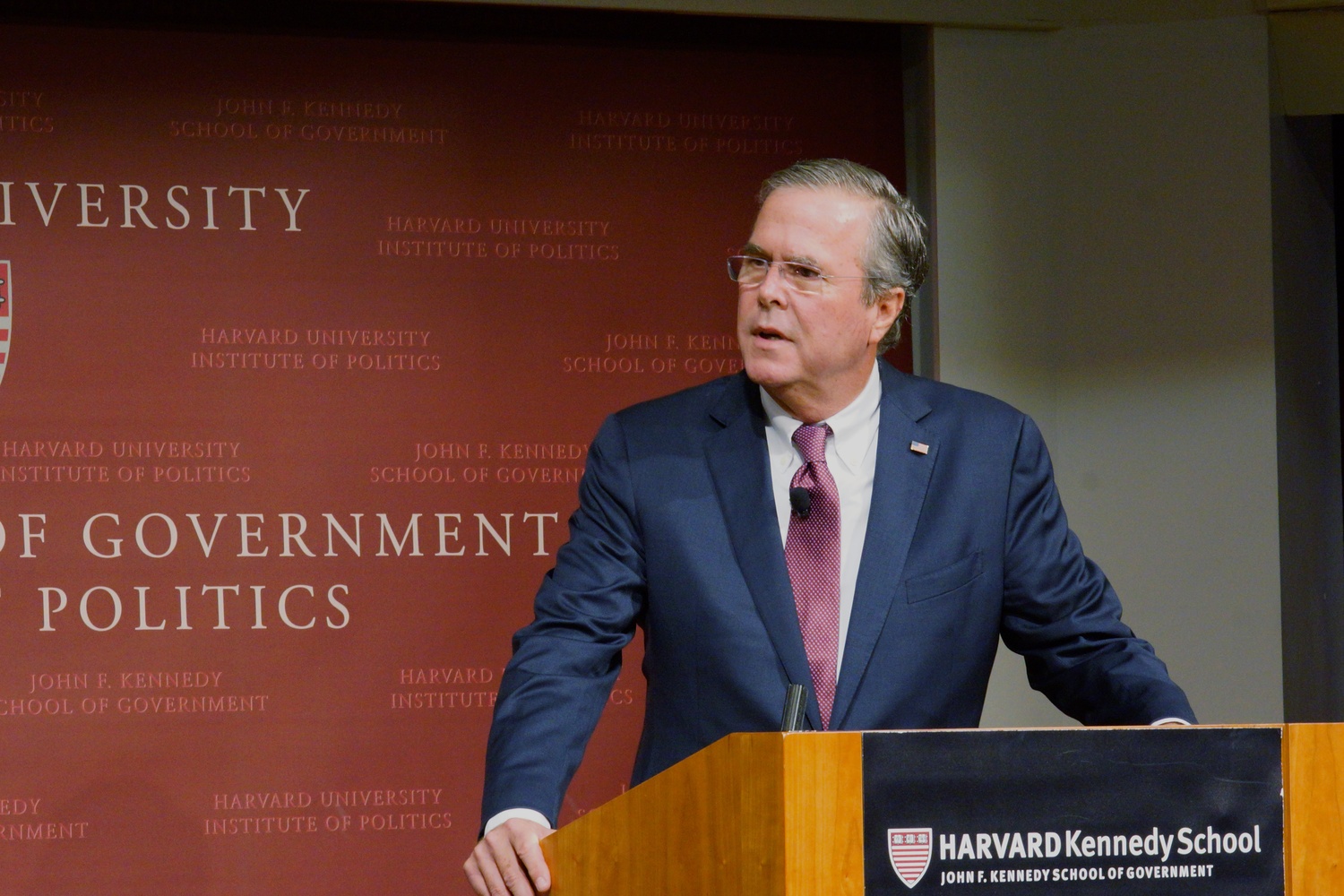 Former Florida Governor Jeb Bush presented his “bottom-up” approach to reworking America in the 21st century at the Institute of Politics on Thursday.

Building on his experiences as governor, Bush advocated for moving beyond antiquated government institutions and promoting a system that empowers citizens to choose how to advance in society.

“It seems to me if we’re going to be successful in the 21st century we need a bottom-up country,” Bush said, describing a need for reforms in the United States' political system. “Why won’t we empower people in poverty rather than the institutions around them? I think they’ve been given their chance. Fifty years.”

Bush, who will be a visiting fellow at the Harvard Kennedy School of Government this fall, called for “radical reform for our education system” and addressed Harvard affiliates directly by reminding them of their privilege and that their education prepares them for the future. 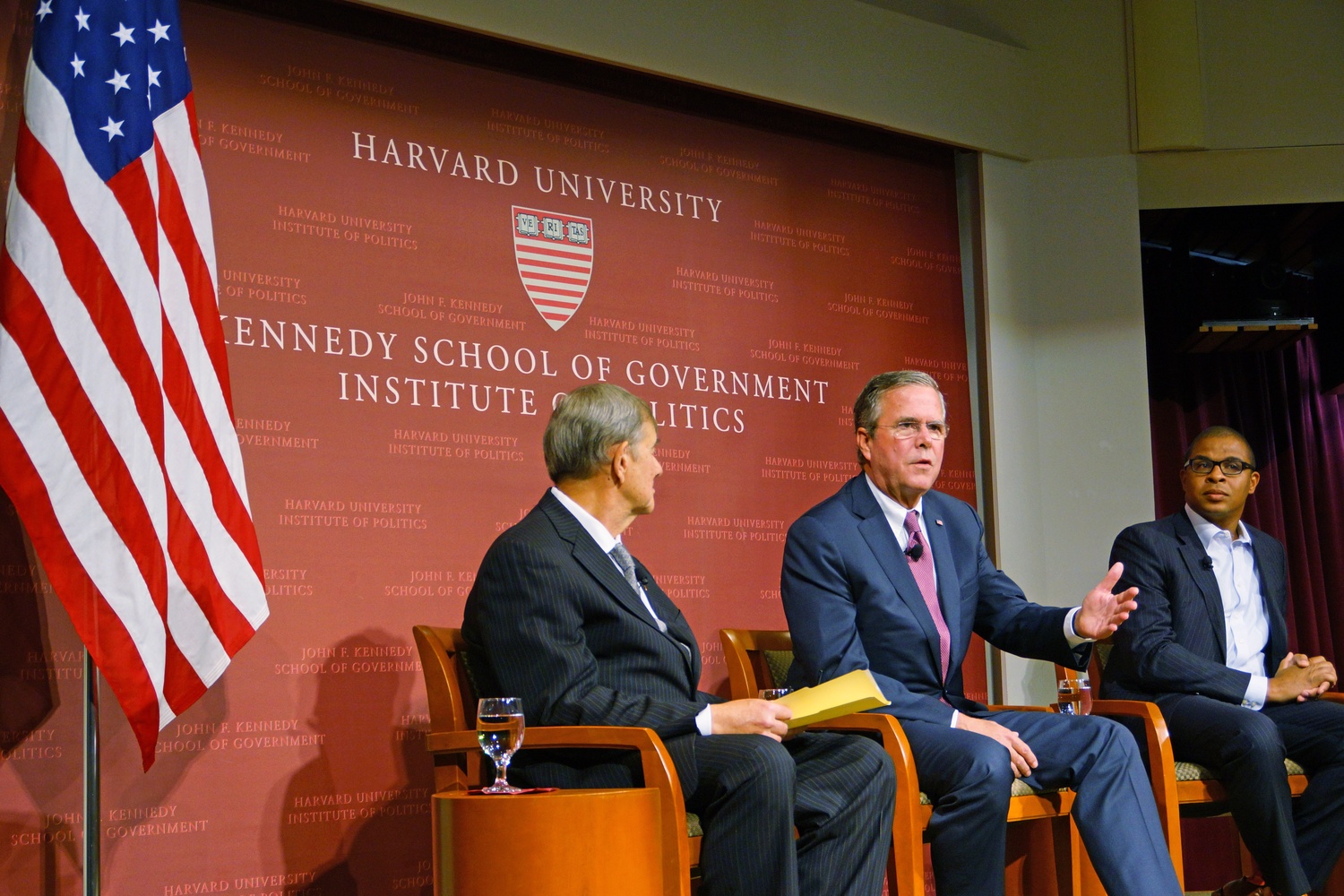 “If two-thirds of our children have to take remedial work to go to a community college and retake high school reading and high school math, or they don’t go at all, and they’re not career ready so they can’t get a job, who’s fooling who?” he asked.

As part of the “bottom-up” initiative, Bush discussed starting early by building an “early childhood literacy strategy,” universal pre-kindergarten programs, and a system of reading coaches in third and fourth grade to promote literacy.

Bush, throughout the forum, emphasized a need for unity and hope in America. Although he did not deny that there are faults in the current political system, he said people should focus on finding solutions to empower people rather than pessimistically ruminating on problems.

“There’s a consensus that we really need to start solving problems,” he said. “We have to give people a sense that they have the power to change their lives. The government’s role is not to take care of them per say, it is to assist them to rise up. Socioeconomic mobility should be the right of everybody.”

Bush discussed his other policy priorities, including poverty eradication and reforms in criminal justice, regulation, and taxation. Bush said that “across the spectrum our policy is stuck in the mid-1970s.”

Samuel A. Kessler ’19, a student on the IOP forum committee, said she thought the talk “humanized” Bush and appreciated that he avoided sensationalist election talk, instead steering the conversation back to “what he really cared about and, in this case, it was education reform, and there was a lot of substance there.”

W. Kent Haeffner ’18, a member of the Harvard Republican Club who wore a “Jeb!” shirt to the Forum, said it was important to discuss the real issues separate from the election.

“I think really what people are hungry for is folks who are focused on driving solutions that are going to make positive differences in people’s lives and I think education policy is a really salient and powerful way to do that,” he said.