McGill Proves to be No Match for Men's Basketball 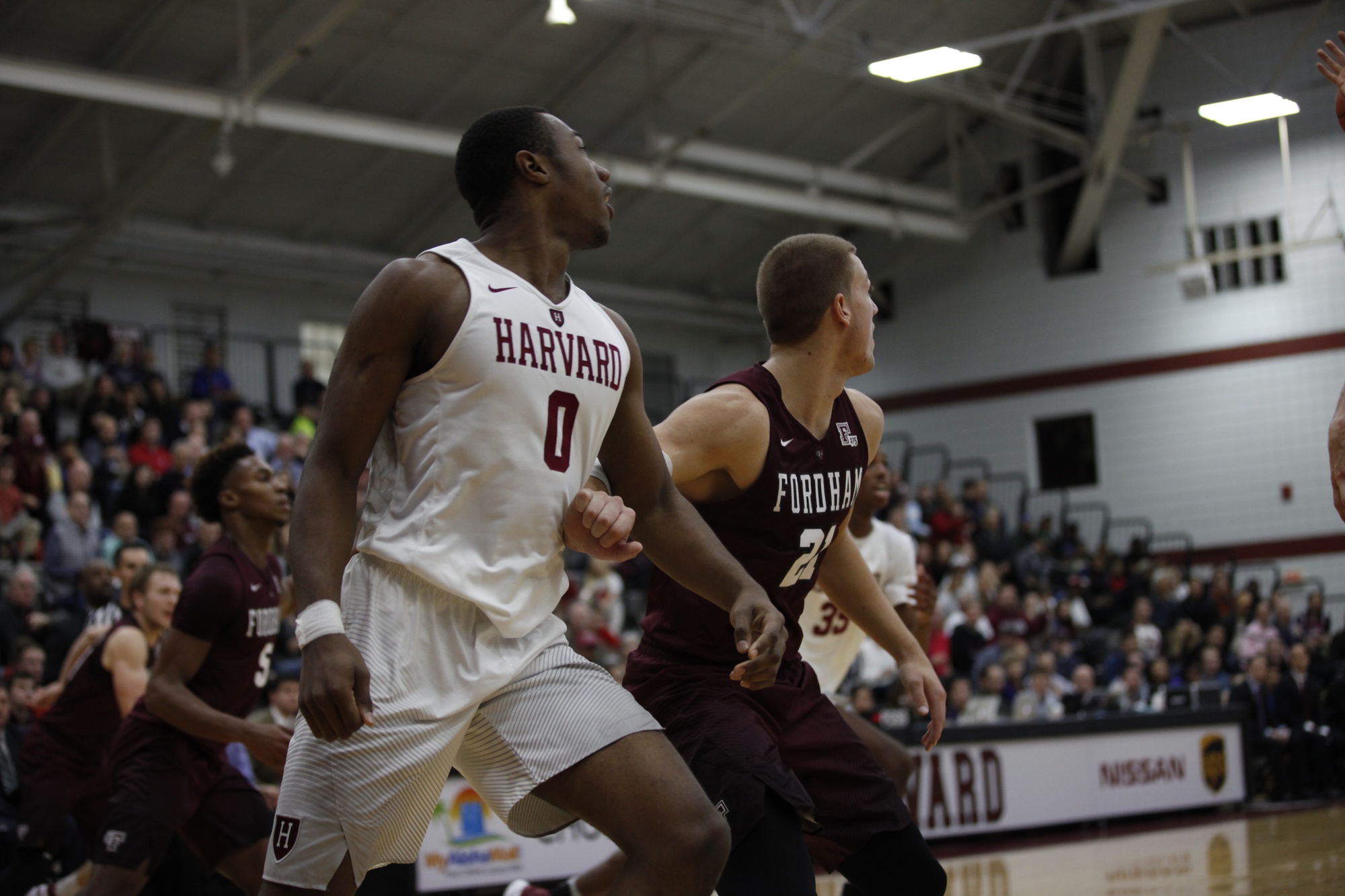 It started with a free throw. Then came another. Then came a three pointer and before long Harvard had erased what matched its lowest scoring first half this season against a visiting McGill squad.

Coming off a matchup against Dartmouth where Harvard’s depth was the key to a win, Tuesday’s victory was a lot of the same—in total 11 Crimson players saw the floor, with eight scoring 5 or more and only freshman guard Justin Bassey playing over thirty minutes.

“We really tried to stay true to our identity of playing team defense and I think we really picked that up in the second half,” junior forward Chris Egi said. “I think we got into a rhythm defensively.”

What ended as a runaway Harvard win, however, began as a close matchup. With both teams turning the ball over eight times in the first half alone and with McGill dominating the offensive glass, the Crimson struggled to hold a lead early.

In the first frame, McGill outrebounded Harvard 21 to 17 and 8 to 4 on the offensive end. Despite poor first half shooting, the difference for the Crimson came at the line. While McGill struggled, going 5-of-10 at the line through the first frame, Harvard converted on 9-of-12 at the charity stripe.

“We want to pressure the basketball, we need to see that we can speed up our opponent when they’re not in rhythm on the offensive end, make them do things that they’re not comfortable doing,” head coach Tommy Amaker said. “All these things that we’re talking about needs to be done without fouling and that’s hard.”

While McGill and the Crimson would trade the lead four times, Harvard closed the half on a high note. After retaking the lead off a layup from freshman Henry Welsh assisted by sophomore Corey Johnson, Bassey would go to the line twice and convert on all four to end the half on a 6-2 run, giving the Crimson a lead they would only build on in the next frame.

“They were great in the first half, but they’re a good team,” Amaker said. “This is a good basketball team and program. I just think our bench and our balance again becomes the difference for us.”

In the second half the Harvard offense came out shooting. After starting the second frame on a 13-3 run, the Crimson kept rolling, with Johnson leading the way for Harvard. After totaling only two points in the first half on 0-of-4 shooting from the field, Johnson went off for 13 points on 5-of-6 shooting from the field and 3-of-4 from deep. He led all scorers with 15 points and added a team high five assists.

Despite the strong shooting from Johnson, McGill made a dent at Harvard’s lead midway through the second. The Canadian squad went down by as much as 13 early in the second half, but went on a 7-2 run to close the gap to eight with just over 13 minutes left on the clock. Harvard responded quickly, however, putting up nine points and forcing two turnovers in a span of two minutes to put the game out of reach.

After turning over the ball 8 times the first half, the Crimson turned things around and protected the ball in the second, turning it over only twice while forcing 12 turnovers from McGill. On the game the Harvard would total 21 points off turnovers to McGill’s five.

“I think there are a lot of things we can pull from this, most importantly our defensive effort in the second half was outstanding,” Amaker said. “You could see how hard we played and rotated and kept fresh bodies out there and our kids were giving multiple efforts on the same possession, it was really, really neat to see that.”