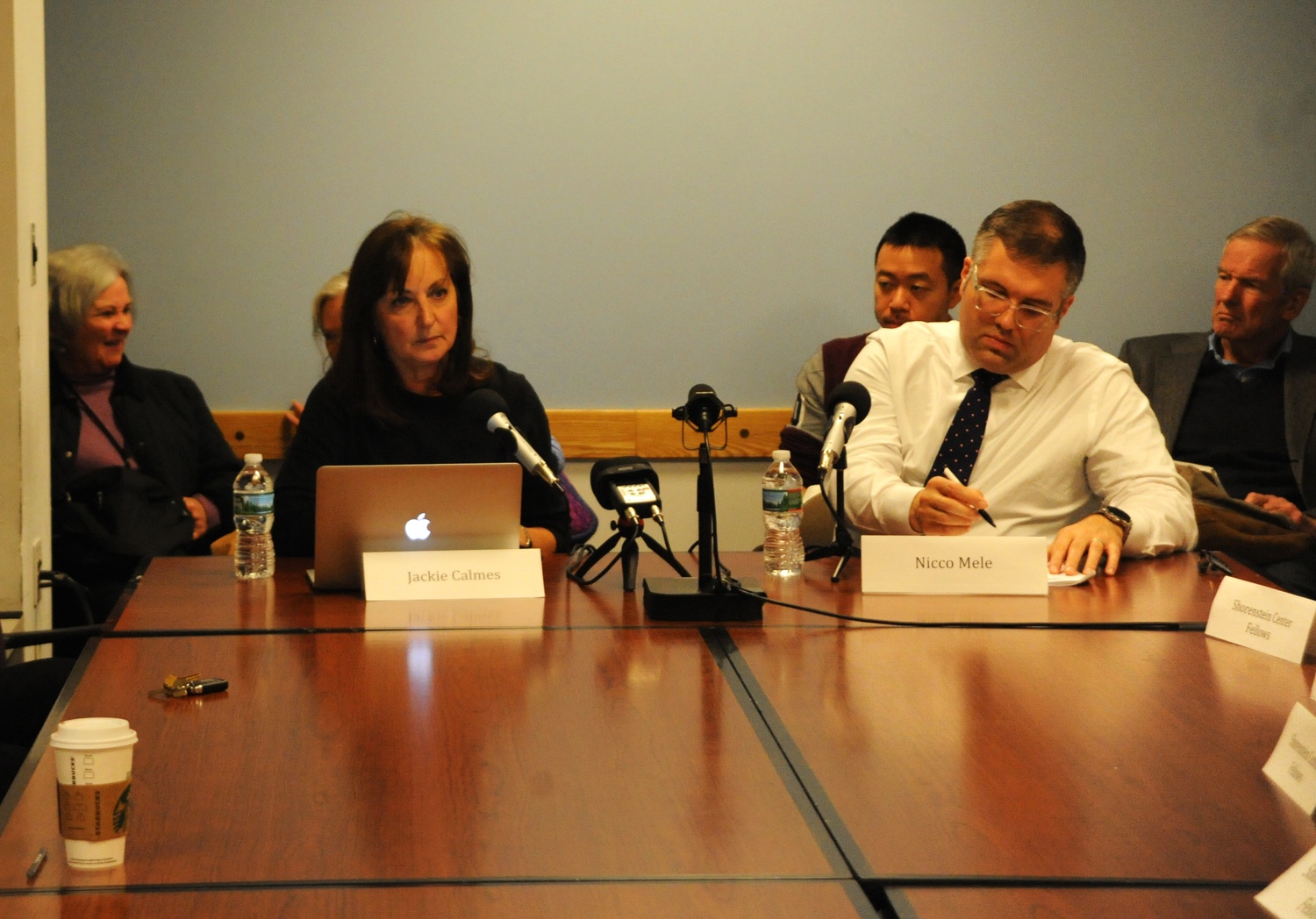 The “closed loop” of conservative media has pushed the Republican Party farther to the right, argued Jackie K. Calmes, the White House editor for the Los Angeles Times Washington bureau, at the Kennedy School Tuesday.

“The things [the Republican Party was] promising were always unachievable, but they were thrown out there as red meat encouraged by conservative media,” Calmes said.

Calmes argued that the Internet, talk radio, and cable television have together created a confined “ecosystem” of right-wing media that has pushed politicians to adopt more extreme policy stances at the expense of effective governance.

“You take something as basic to Republican ideology as tax cuts, and [Republican politicians] cannot do it,” she said.

And asked how she sees the relationship between conservative media and Republican politicians changing in the future, Calmes said the outlook was bleak: “It’s only going to get worse,” she said.

The rise of the Internet as a dominant news source has only intensified this relationship, she said. She added that journalists should not stop reporting on President Donald Trump’s tweets, which “provide a unique window into the mindset of the President of the United States.”

“It’s gratifying that people are talking so openly about the state of government in the United States,” he said.