For Dempsey Brothers, Head of the Charles is Part of the Routine 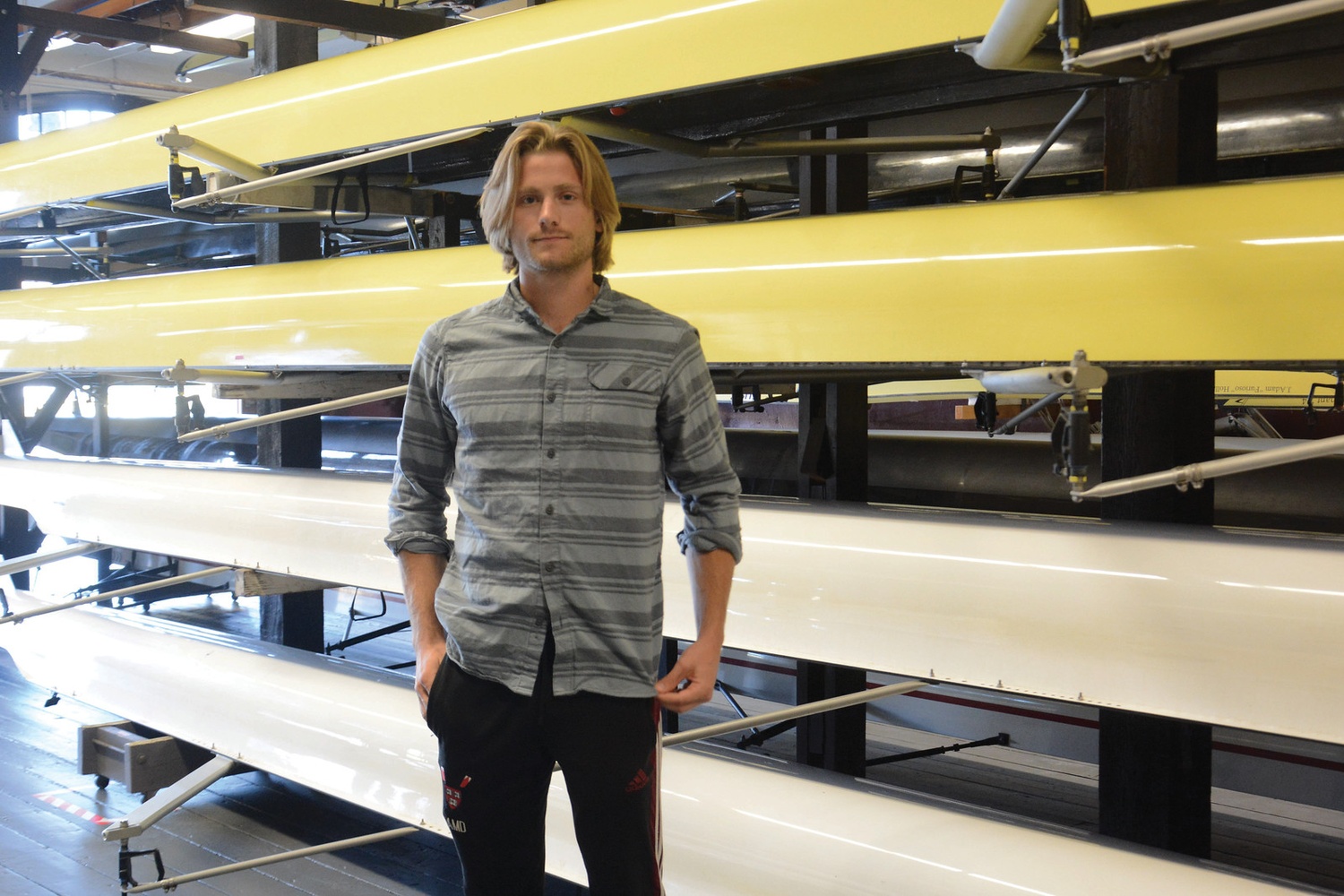 Senior Andre Dempsey, along with his brother Nate, grew up in Cambridge and has been rowing on the Charles since the beginning of his career. By Amanda M. DiMartini
By Leena Ambady

Home field advantage is a highly coveted asset in the world of sports. Competing at home means friendly crowds, minimal travel time, and perhaps most importantly, a sense of comfort and familiarity with one’s surroundings.

While the Harvard rowing program always reaps these benefits at the Head of the Charles, the phrase “home field advantage” takes on new meaning for brothers and Crimson rowers Andre and Nate Dempsey, both of whom grew up in Cambridge and learned to row on the Charles River.

In fact, this year will be senior heavyweight Andre’s seventh time competing in the Head of the Charles and sophomore lightweight Nate’s fifth. While the Head of the Charles may not hold the same novelty for the Dempseys as it does for the thousands of new rowers and spectators who will flock to Cambridge for the first time this year, the regatta still warrants much excitement.

“It’s fun because there’s so much attention on rowing,” Nate said. “I think normally rowing flies under the radar, but Head of the Charles is such a huge spectator event...because you can just sit on the shore and watch boats come by all day.”

Both Dempsey brothers attended high school, and first began rowing, at Cambridge Rindge and Latin School, located less than a mile away from Harvard Yard and the Charles River.

Andre rowed for the Falcons for two years before joining Community Rowing, Inc., a private rowing club; Nate lettered all four years in crew at CRLS. In high school, the brothers would watch the Harvard boats on the water, and were especially impressed by the rowing of Patrick LaPage, who is now a Harvard heavyweight crew assistant coach.

“I used to watch him in the stroke seat of the Harvard Eight when I was a sophomore in high school...and he was just fantastic, unbelievably good,” Andre said. “Being able to come here and get coached by him, and then row in the same boats that I saw growing up is definitely inspiring.”

While they share much in common, including a love for crew, an interest in the sciences, and a Mather House affiliation, the Dempsey brothers have never actually rowed on the same team. When younger brother Nate began rowing for the CRLS varsity team, Andre switched to row for the Community Rowing, Inc. This trend continued into college, as Andre moved up to the heavyweight crew team the same year that Nate joined the lightweight team.

“We always manage to just miss overlapping on teams,” Andre said. “But just going to the same school brings us together a lot.”

One aspect in which the brothers are united is in their appreciation of the Head of the Charles as a uniquely exciting race.

“It’s very visceral racing because there are so many different boats going different speeds and it’s more tactical in terms of the line you’re taking and your ability to push other crews out,” explained Andre.

One of the tactical challenges of the course is navigation of the many bridges that cross the Charles. Eliot Bridge is especially notorious, coming at an almost 180 degree, horseshoe-like turn in the river. Eliot causes trouble for many out-of-town crews unfamiliar with the course, and, for the Dempseys, adds an element of physicality that is unique to the Head of the Charles.

“Every single year I’ve had an absolutely insane turn around Eliot,” Nate said. “I always come into it with another crew, and half the time we clash blades or scrape.”

“There’s a lot of yelling,” Andre added. “You come up to other crews and if they are not yielding to you, you have to just hit them.”

In addition to intense battles for positioning, the Head of the Charles is known for the range of rowing talent that it draws each year. International and Olympic crews as well as teams from Oxford and Cambridge compete out of Harvard’s Newell Boathouse. This brings a new sense of excitement to the regatta, one that the Dempseys did not get to experience in high school.

What has remained the same, however, is the beauty of the course. While both brothers admit to having a soft spot for the rural splendor of Dartmouth’s Connecticut River, they agree that in the realm of city rowing, the Charles River is unparalleled.

“You come out and go through all the Harvard houses, and then you’re out in the basin and next to the Boston skyline,” Andre said. “Then you go downstream and you’re in the trees by the waterfront. There’s a lot of variation as you head toward the heart of the city.”

While many rowers only get to experience this beauty once each year when they come to Cambridge for the Head of the Charles, the Dempsey brothers are lucky to have this scenery as the backdrop to the majority of their rowing experiences. This weekend, they will hit the Charles yet again, racing down its familiar bends and turns in front of classmates, friends, and family. And this home advantage is a benefit that they will not take lightly.

“We’re on our home course,” Andre said. “It’s both an advantage and a responsibility to defend the Charles against other teams.”

—Staff writer Leena Ambady can be reached at leena.ambady@thecrimson.com.