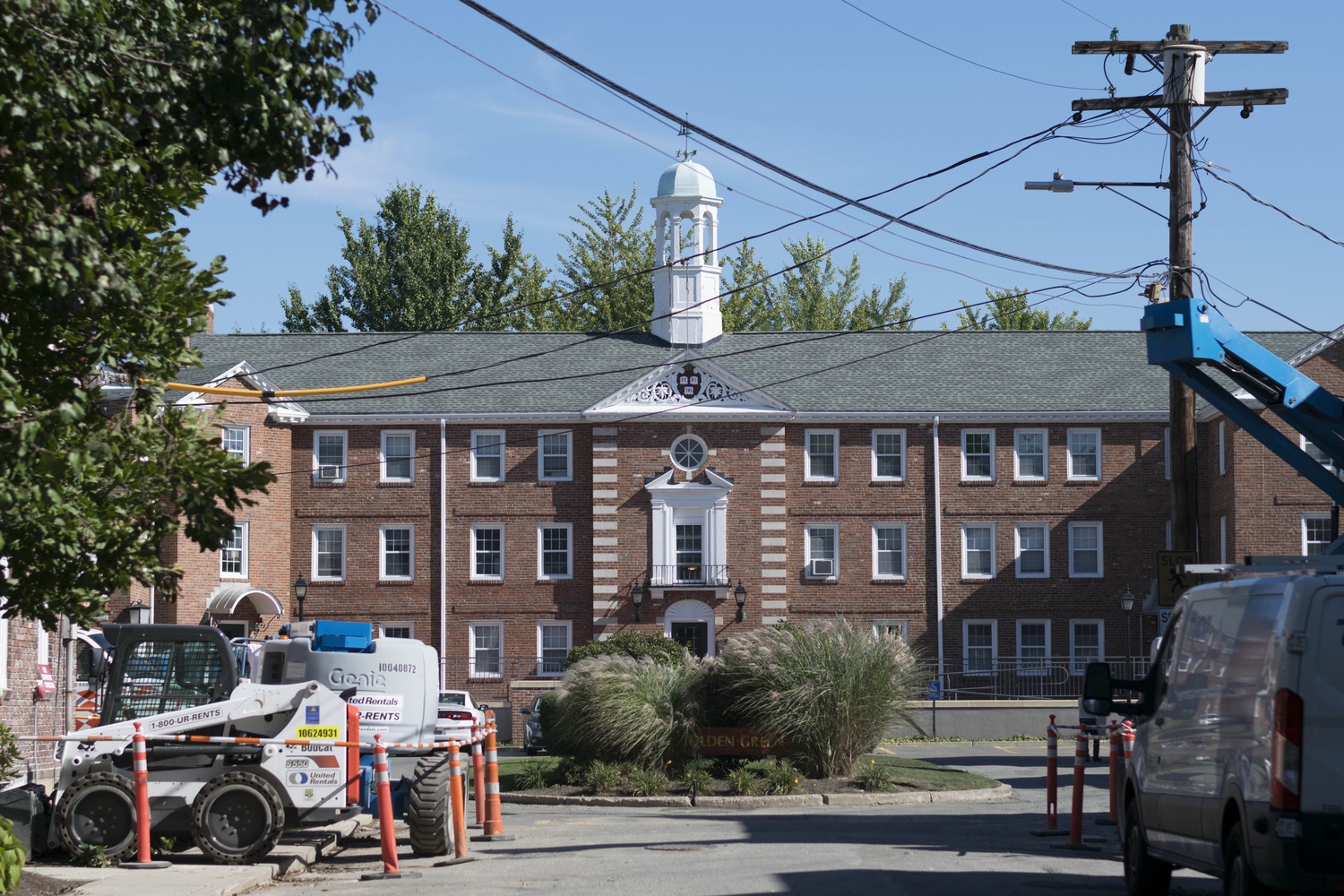 Pervasive construction noise and debris at Harvard-owned apartment complex Holden Green over the last few months have driven some residents to prepare to bring an organized complaint to the University about their living conditions.

Residents of the complex, many of them graduate students and professors, describe seemingly endless piles of dust, deafening jackhammering, and occasional water leakage throughout the century-old buildings as construction crews complete renovations.

On Thursday, about a dozen tenants gathered to share stories of how the project has impacted their lives and to discuss how to share their complaints with the University. They plan to deliver a formal complaint to Harvard in the near future and are asking for a reduction in rental rates.

Christopher J. Williams, one of the organizers of the meeting, said that he felt compelled to bring his neighbors together after the University did not adequately respond to his individual concerns.

“We sat down with the Managing Director of Harvard Housing and he was pretty unresponsive,” Williams said. “He listened but he didn’t really give any kind of leeway, he didn’t apologize, he didn’t really acknowledge that they had created this–that it was a terrible situation.”

University spokesperson Brigid O’Rourke wrote in an email that the University is working closely with residents to minimize the project’s impact on residents of Holden Green.

“The project team and Harvard’s construction mitigation personnel are working to mitigate construction impacts to the extent possible, including providing residents with information about schedules and the location of construction activities in advance,” O’Rourke wrote. “We appreciate the continued patience of residents as we work to complete the project in a timely manner.”

At the meeting on Thursday, residents shared stories about constantly cleaning dust out of their homes and waking up on the weekends to the sound of construction crews outside their windows.

David F. Cavell told the group about how the dust caused his air conditioner to break. Unable to leave his windows open because of the dust from the construction outside, Cavell believes the resulting temperatures in his home put the health of his dog at risk.

“At one point this summer I came back into our home after I had been out for the day and in our home the temperatures must have been close to 90 degrees and our dog was basically trapped in a sauna for the entire day,” Cavell said. “When I came home at the end of the day, he was just sitting on the floor panting in distress.”

Many residents said after the Thursday meeting that they chose to live at Holden Green because of its close-knit community and on-site playground. But they said the construction has made Holden Green an unsafe environment to raise children.

“It’s literally an active construction site and it’s a hard hat zone and I have a 2 ½ year old who doesn’t have a hard hat,” Williams said. “We have heavy equipment in our back yard.”

Residents at Holden Green are required to sign a construction rider as part of their lease; it details construction projects that will be taking place on the property. While the rider states that the process will be noisy and dusty will take place 9 to 11 hours a day, six days a week, many of the residents at the meeting on Monday said that the rider did not properly indicate how intrusive the construction would be in their day-to-day lives.

Xiaoqian Hu and her husband moved to Holden Green at the end of the summer with a toddler and a newborn. She said that had she understood the extent of the construction, she would not have moved her family to the neighborhood.

“I did not realize that they would be doing this everyday and the noise would be so loud and the dust would be just flowing everywhere,” Hu said.

Attendees at the meeting said that they hope that by collecting their stories and organizing their complaints they can work with the University to talk about rent reductions as well ensuring that in the future, residents are better informed about construction projects.

“We think that because we haven’t had full access to the–our apartments in the way that we thought, we should be–have a rent reduction for the scope of the project,” Williams said.

Residents say they came out of the meeting feeling reinvigorated.

“I think that what really struck is that all of us felt alone in this process, we felt like we were going through this alone and there was no one to help us,” said Cavell. “All of a sudden thanks to Chris and to [Kate D. Cavell] and to others we realized that we really are still a community.”