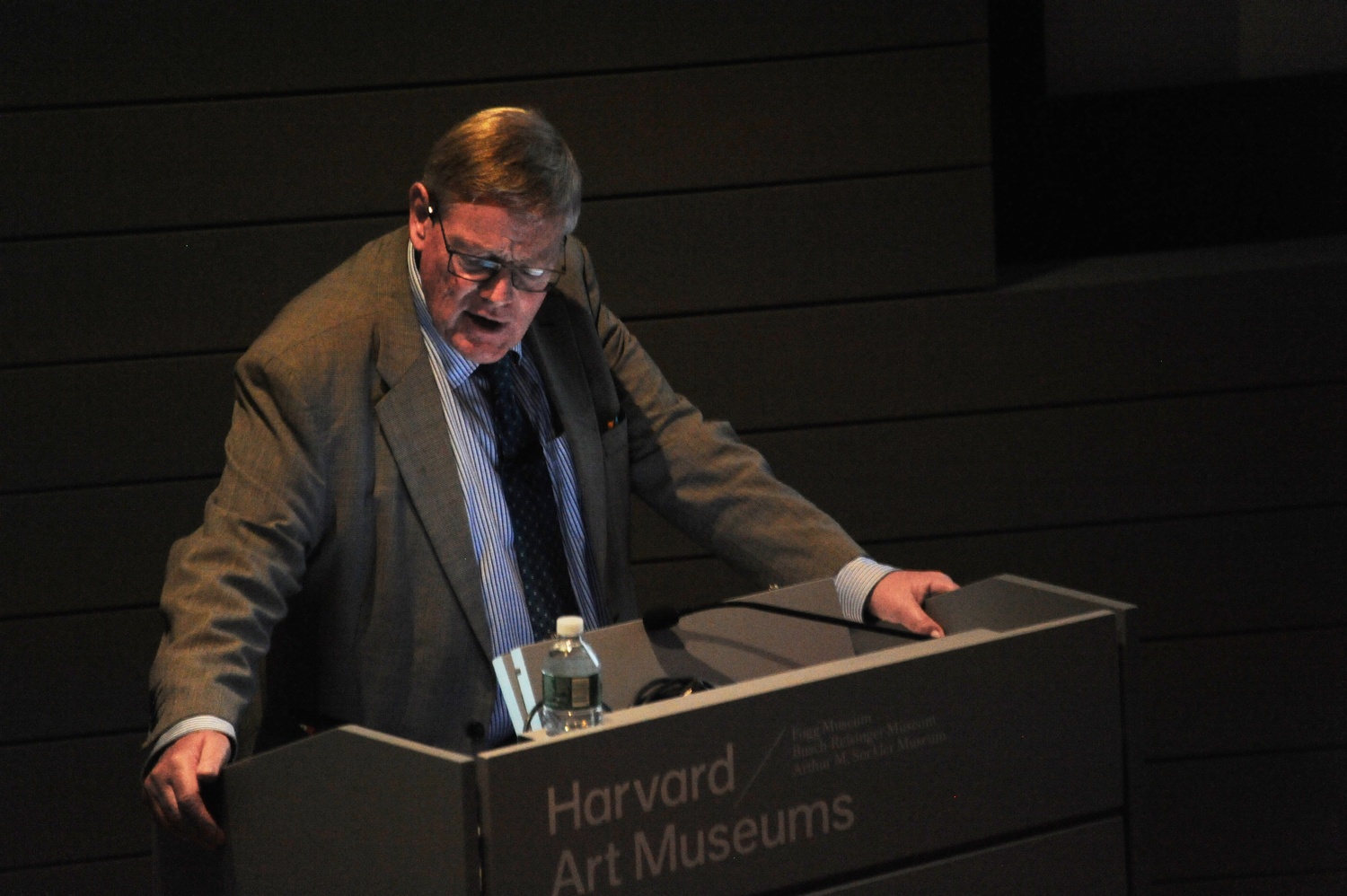 British coin expert Roger F. Bland—stopping through the United States to accept a prestigious award for his study of coins—visited campus Thursday evening to detail the history of ancient coin-finding to a group of roughly 40 University affiliates at the Harvard Art Museums.

Bland, who once served as the Keeper of Coins at the British Museum, spoke for about an hour, taking attendees through the history of the discipline: from simple digging in the 1500s to the modern-day method of using metal detectors to excavate coins.

Carmen Arnold-Biucchi, Curator of Ancient Coins at the Harvard Art Museums, said that she paid for Bland’s visit using money drawn from Harvard’s Ilse and Leo Mildenberg fund, a fund intended to promote the study of coins—called numismatics—at the University. She said she hopes Bland’s visit taught Harvard affiliates the importance of the field.

“Numismatics in this country is still considered sort of an antiquarian discipline. In Europe, it is really part of academia,” Arnold-Biucchi said. “But here, it remains a hobby for collectors, so we are trying here at Harvard to emphasize that it is a very important historical discipline because coins are documents of ancient history.”

Bland stopped by campus just days after receiving the prestigious Huntington Medal Award at an Oct. 20 ceremony in New York City. The medal, according to the American Numismatic Society, is given in “recognition of outstanding career contributions to numismatic scholarship.” Arnold-Biucchi said the award is the “highest honor you can get” in the discipline.

In addition to discussing the history of coin-finding Thursday, Bland also spoke about his own history in the field. He said he first became interested in coin-finding because of his grandfather.

Bland said he began his career in numismatic research at the British Museum as an intern—and remained there for the next 36 years. He said he worked his way up the chain, first serving as a curator in the Department of Coins and Medals before later moving to the Department of Culture, Media, and Sport.

“I was very lucky eventually to get a position there,” Bland said of his time at the museum.

Bland left the Museum in 2003 to found the Portable Antiquities Scheme, a project intended to establish a digital database of all ancient artifacts found in England and Wales. Bland said the goal of the initiative is to make this kind of information easily accessible to all archaeologists.

Since its founding over a decade ago, the database has accumulated more than 1.3 million artifacts, Bland said Thursday.

One attendee, Julia Judge, a student in the Graduate School of Arts and Sciences studying Classics, said she decided to go to Bland’s speech because of its relevance to her field of study at Harvard.

“I have a personal interest in heritage studies, how different countries manage their culture, their past,” she said. “You get a lot of issues like this where you have people stumbling upon antiquities, [so] what do you do to protect those finds, make sure they are being properly recorded and then reported to those who can handle them properly?”

Judge added she is fascinated by Bland’s Antiquities Scheme. She said she loves the idea of using modern technology to learn about ancient objects.

“It’s cool that this project is using this crowdsourcing information to learn about Roman coins,” she said.