Vatsady Sivongxay, a new candidate for the Cambridge City Council, believes that the strength of the Cantabrigian community lies in its diversity.
By Truelian Lee 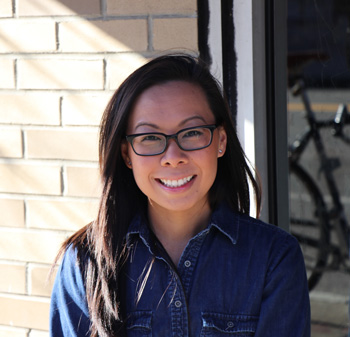 Vatsady Sivongxay, a new candidate for the Cambridge City Council, believes that the strength of the Cantabrigian community lies in its diversity. A former refugee from Laos, Sivongxay looks back fondly at her work as a pro-bono attorney as well as her work opening a law firm to help small businesses and immigrants. Later, she served as the Director of Public Policy for Boston City Council District 7, working on affordable housing and urban planning initiatives. Sivongxay was recently endorsed by 2016 Presidential candidate Bernie Sanders at a local Our Revolution rally.

Vatsady Sivongxay: I think the City Council needs to collaborate more on some of the issues that have been long-standing challenges in our city, that we need to be able to talk about our different perspectives, and that we then have to see how we can work together to take actions and to hold the government and developers accountable.

VS: I bring very unique professional life experiences to City Council. I came over to the U.S. as a refugee when I was four years old, and from a very early age, I encountered many challenges, whether it was social or economic. So, I really bring a multifaceted approach to creating diverse solutions for the community.

I’ve always had to work really hard to get opportunities. I remember selling things when I was 11 to pay for sports outfits and also later on, to pay for dresses for homecoming and prom and to just really be a part of the American culture. That really showed me how much community dedication and support was needed for someone like me to successful, and that really allowed me to see opportunities in communities that are really difficult to define. I had the chance to open a law firm that helped people who came from disadvantaged backgrounds.

I think I am the only candidate who has had these experiences and who has had the opportunity to work with many different people. And the challenges I’ve worked on were in Cambridge, so I know the area well. I can bring those equity lens and creativity lens to Cambridge and really work with the diverse community here.

VS: One thing that Cambridge can really lead on is expanding the definition of affordable housing to include moderate to low income housing. So right now, at least 43 percent of our population is house burdened, or spending more than 30 percent of their income on rent or mortgage. Ideally a household should be spending less so you can pay for necessary expenses. This means that moderate to low income households are really paying a much higher rate than they need to, or that they should, and that means they can’t save for the future or for their children. And that’s a big issue because it can cause generations of debt and generations of not being able to pursue this American Dream that we have that so many generations have strived for.

VS: Cambridge has been a sanctuary city for a long time, I think Cambridge has been showing real leadership of welcoming people of all backgrounds. I’m quite proud of our administration and organizations. I don’t think I can be prouder of another city.

VS: I think that Cambridge has a pretty good balance focusing on local issues and also responding to national policies. The trick is working with the residents, working with them in terms of when it comes to other services and health. I see actions in response to local needs, and I think Cambridge is stepping up as much as it can. There’s always room for improvement, but that’s always the case in every single city.

VS: I live a block away from Cambridge St., and people in my area have diverse opinions. I think that this is an opportunity for Cambridge to create a pedestrian, biker-and-driver friendly plan so people who say they want to walk their kids to school, can. I believe we really need to have an inclusive community-driven process, and I think that there needs to be this community-comprehensive process and implementation, so everyone can contribute to a safer city.

VS: I think that Harvard Square is a very unique place. It is a place where residents really enjoy hanging out, and tourists really enjoy heading to Harvard Square to see the sights and the leaders in education and leaders in a lot of community-focused initiatives. I think as far as we’re preserving our community and our historical spaces, we need to ensure that our goods and services are also works that meet the needs of the people.

VS: I know that a lot of people want to have a say in regulating recreational marijuana. If it is legal to provide recreational marijuana, I think the city needs to work with the state to work out a place to do so that is accessible and safe for the community. Clear it away from the schools, the libraries, similar places—but other than that, I would really like the city to work with residents and the state in determining how to regulate and how to place it.