Craig Kelley, incumbent chair of the Cambridge City Council’s Public Safety Subcommittee, has served on the Council since 2005 and is running for reelection.
By Sanjana L. Narayanan 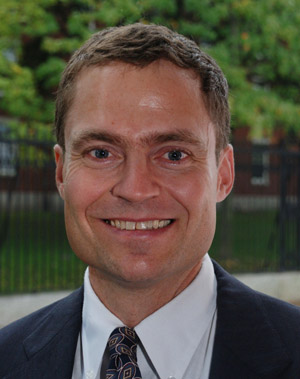 By Courtesy of Craig A. Kelley

Craig Kelley, incumbent chair of the Cambridge City Council’s Public Safety Subcommittee, has served on the Council since 2005 and is running for reelection on a platform to increase affordable housing options and fighting climate change within Cambridge. A graduate from the Harvard Kennedy School, Kelley is actively involved in supporting bike safety efforts, creating arts opportunities in Cambridge public schools, and environmental protection. Kelley lives in Cambridge with his wife and two sons.

CRAIG KELLEY: There are a number of very, very big issues: whether it’s our ability to house people in a way that’s affordable, whether it’s our ability to educate adults and children in a way that prepares them for success in the twenty-first century, whether it’s our ability to look at the emerging delivery economy of Uber and Lyft and Amazon and so forth, and figure out how it fits into our crowded streets, whether it’s our ability to look at transportation opportunities and challenges of the future like one-wheels and electric bikes and the booming number of cyclists. All these things are very big issues, but overlying all of them is the challenge the Council has in working as an effective legislative body to tackle them, to communicate honestly, to disagree aggressively but respectfully, build some sort of collaborative effort on these things as appropriate, and then move on to the next problem. The biggest issue is making the Council work like a problem-solving body with city staff and with the public as well as with each other.

THC: Why should people in Cambridge vote for you over other candidates?

CK: Because I look at the future. And I see something that does not reflect the past in any really, really definitive way. We’re going to face challenges that are going to transform how we live as individuals, how we function as a city. And for us to meet that transformation most effectively, we need Councillors who understand we’re not bound by thoughts of the past. The City of Cambridge has been around for a long time, and there’s an immense amount of value in that legacy, but we can’t look back to 1987 and think that’s the future of Cambridge, because it’s not. So we need Councillors like myself who understand that the past is a guide, but it is increasingly a loose guide. It’s that collaborative part, and the clear vision that the future is going to be very distinctly different from the past, that I bring that other people, I think, don’t have quite at the same level as I do.

THC: How do you think Harvard and other Cambridge universities should work with the city to help create affordable housing options?

CK: The people of Cambridge need to understand that housing more people in Cambridge requires a denser city. We may or may not want that, but we’re not going to be able to house more people here without more housing. I look to Harvard and MIT as being important players in the regionalization discussion. Both of these institutions have the power of their name—when the president of Harvard or the president of MIT says, “we really want to work on a regional solution to A, B, C, or D,” people will pay attention to that in a way that they won’t when Craig Kelley says that, because Harvard as an institution has been around for hundreds of years. Universities worldwide are some of the longest-lasting institutions there are. So that’s where Harvard and MIT are not doing as well as they should be doing. And part of that is because Councils like the Cambridge City Council are not yet figuring out that the future is going to be a future of vastly different challenges and opportunities than the past. How we bring the universities to meet the challenges, take advantage of the opportunities, is going to have to be a new discussion.

CK: We are a sanctuary city, which means that we don’t enforce federal immigration law. And to the extent that federal law preempts us, that’s the rules of the game, just like state law preempts us. The response is one of inclusion and one of mutual support and one of love for each other, but it’s not one of being able to ignore national law. I think it’s important for people in Cambridge and politicians in Cambridge to understand what we have the authority and power to do, zoning, for example, within limits of the constitution, and what we don’t. We can and do offer support in terms of Council orders and positions that say we oppose the president on DACA and we support immigrant rights, and those are important statements.

CK: It’s all about bike safety. I do nothing but bike and my family does nothing but bike because we don’t have a car. There is no one more invested in bike safety than I am. The challenge is proving that these bike lanes are safe, and the two latest collisions that I know about both involved some of the City’s new lanes. It’s not at all clear to me how the City is evaluating the safety of the lanes that it has put in. We can’t add cyclist safety and endanger pedestrian safety, so what’s going to be safer for both of those groups? And when that happens, I’m good. If it takes away parking, it takes away parking. But that’s not the question. The question is, “Is the world safer?”

CK: It’s illegal to smoke marijuana in public. We are struggling to figure out what that means, because people are smoking it all over, and I’m regularly having people complain to me that they can’t go anywhere without someone lighting up near them and making the air less enjoyable to breathe. It’s not something most of us want to criminalize. It’s not something the police want to get stuck enforcing, and the optics of a lot of police enforcement stuff can be really, really bad; the cops don’t want to be arresting someone for smoking marijuana without the general public saying that’s what they want. I don’t think the general public’s there.