Hari Pillai, a trained engineer, grew up the son of Indian immigrants in Mississippi and has been living in Cambridge for the past five years.
By Isabel M. Kendall 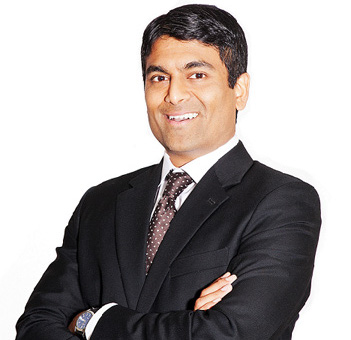 By Courtesy of Hari Pillai

Hari Pillai grew up the son of Indian immigrants in Mississippi. Though he has been living in the Boston area since 2000, he has been living in Cambridge for the past five years. Formally trained as an engineer, he has experience working in finance. He says he will think outside the box on the City Council, and his top issues are opposing the Trump administration, providing more affordable housing, and increasing voter turnout in local elections.

HARI PILLAI: The biggest issues that I’m always hearing about pertain to affordable housing. Without a doubt, everybody's asking questions about what's your plans for making it easier to rent or buy a home here. That's the biggest one right there.

HP: My wife and I live in Alewife. Three years ago we only had one apartment here, now we got five. Now these companies that are making these apartments, they are doing speculation, they're on an industrial level doing some kind of speculation. If you look at the financial statements for the companies that are publically traded, they are exceptionally profitable, much more profitable than Microsoft and Facebook combined. We have to bypass that middleman profit motive and do it ourselves. When we do that there's other kinds of benefits, too. We also need to look at creative kind of solutions like cooperative living arrangements, co-housing. I use to live in a housing co-op in Central Square for three years, I loved it. I'll tell you one other thing: in Somerville they introduced legislation a couple years ago for an artist community, it would be a cooperative living arrangement for artists. I’d love to see that here in Cambridge. We maintain our sense of uniqueness if we do that, we lose our sense of uniqueness when we allow big developers to do it. Another thing I do think is that we've got to increase the inclusionary zoning.

HP: Every one of us identifies as liberal, progressive, Democrat or one variation of these things and we all want affordable housing, we all want to reduce income inequality, we’re all appalled by this administration of hate, every one of us, we all stand shoulder to shoulder on that. I think I'm the only one with fresh perspectives that's creative and that's not afraid to stick my neck out. I’m not afraid to be unpopular.

H: I think we should look into taxing them. They've got a lot of ventures that doesn't exactly look like a non-for-profit venture, look at MITIMCo, MITs investment management company, they're no different than a mutual fund or a private equity fund. I think we should look into taxing them. Harvard, they owed $50 million last year in payments in lieu of taxes. I think it would be very selfish if I said that Cantabrigians should get all that tax money, that's not my view. I think the whole state should tax and split the taxes fairly. I definitely don't think that Cambridge should be entitled to all that tax.

THC: Pivoting to President Donald Trump, and I know this is one of your top priorities, how do you think, specifically, Cambridge should respond to President Trump’s policies?

H: I offer my candidacy as one that stands as a counterpoint to this administration of hate. We’re not going to have that here. First of all I'm big into unity, across different generations, across different religions or lack of religions, different complexions and socio-economics. Another thing when it comes to Trump’s policies, I want to have a legal defense fund of $100,000 to come to the aid of someone who can't defend themselves if they are deported. These are just some things I want to do to counteract this administration of hate.

THC: How do you think Cambridge should balance the need for more bike lanes and concerns from residents who say that they take up all of the parking spaces in the city?

H: This is been one of the most contentious issues. Bicycle lanes, that's the future, it makes the city more beautiful too, it makes the city more interesting and unique. I hope that more cities put in bicycle lanes. I'm actually pro-bicycle, but I'm also pro-proportionality. We should have a fair and intellectually honest conversation. Here are my empirical observations: the bicycling enthusiasts a lot of them come from the Midwest, California, just far away from Massachusetts and New England in general. The people that rely on their vehicles are more working class, blue collar, and they have a longer history of being from Cambridge. The bicycling community, it appears to me, are more likely to be middle class, upper-middle class, I think that's a blind spot that no one's talking about. I think we should talk about that and look into that… I've seen a lot of these bike lanes and they're not great, a lot of them give me a false sense of safety, they are just nominal paint lines.

Z: What do you think the city should do to preserve or develop Harvard Square’s historical architecture?

HP: I think I'm better served at listening to what people say, and that's all I can do. I'm not going to pretend that I know everything. A lot of cities are losing their uniqueness, like a Toledo, Ohio. I don't want that sense of placelessness to happen in Cambridge, and all I know is that it should be unique.