Massachusetts native Jeff Santos plans to use his special platform as a radio talk show host to benefit the people of Cambridge.
By Andrea M. Bossi 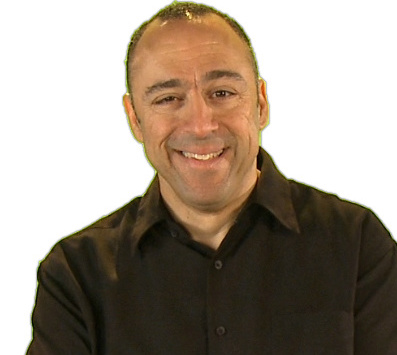 By Courtesy of Jeff Santos

Massachusetts native Jeff Santos, who was recently endorsed by 2016 presidential candidate Bernie Sanders at a local Our Revolution rally, plans to use his special platform as a radio talk show host to benefit the people of Cambridge. Santos is an activist and an advocate for the people of Cambridge, focusing on economic equality, infrastructure, and public transportation. If elected, Santos says he will work towards more affordable housing and a rent-to-own collaboration with MIT, an improved MBTA, better bike lanes, and a continuation of Cambridge’s stance as a sanctuary city.

THE HARVARD CRIMSON: What do you think are the biggest issues facing Cambridge City Council?

JEFF SANTOS: Cambridge is having problems with economic divide in so many areas that is complicating things for the middle class: it’s quickly disappearing. That comes from housing. We need to pull together and ask for MIT to be a good corporate and academic citizen and give the opportunity to have middle class homes in the Volpe Center. I am proposing a rent to own because it is very difficult for anyone who doesn’t make a quarter of a million a year to buy a home.

THC: How do you think Cambridge should balance the need for more bike lanes but also balance concerns from residents who are annoyed by bike lanes taking up space?

JS: There’s already a proposal for the grand junction line that goes from the river to Somerville off of Main Street and so forth, for a bike path. I go further using the Porter Square commuter rail that starts at North Station in Porter Square that goes all the way to Pittsburgh. We rode the line the other day—a couple campaigners and myself—and you can utilize that as bike paths. That goes behind Alewife; that goes behind Porter Square. People would use that line; it would be safer for cyclists. It’s a more pleasant ride than with traffic and everything else. That’s a way to make everyone feel part of the city and be able to get around.

We need to be clear about making sure it’s safe. We can’t have senior citizens who normally park in front of Skenderian Pharmacy no longer feeling safe getting out of their car. They may hit a cyclist on the way out or another car.

JS: I think we can always do more, but I think it’s been an effective response. I think what both Mayor E. Denise Simmons and Vice Mayor Marc C. McGovern have talked about in the opposition to Trump and with sanctuary cities is a good thing, but I would take it a step further. I would make sure that Immigration and Customs Enforcement officials who are acting in a dictatorial way do not have the ability and that police would protect churches and schools. These are places of haven and support, and these immigrants and people are seeking refuge. And we should not allow, Cambridge police should not allow ICE officials to scout and camp out at these locations trying to arrest people. That would be the thing I make clear.

THC: What do you think about how Harvard and other Cambridge universities can work with the city and help the housing situation?

JS: MIT and Harvard have billion-dollar endowments. In my opinion, there should be an understanding, whether it is taxes or other areas, that they can contribute to the people. There’s still poverty in Cambridge; there’s a lot of need to fix infrastructure in Cambridge. There’s a lot of things that both universities can do… whether it’s through taxes or some sort of understanding that their city will become just rich and poor. That will have a massive impact on the city and on the region.

JS: I believe that we should have recreational marijuana, but we need an educational process. One of the things I am concerned about is you can be impaired smoking and driving. That is very, very dangerous, and we should clamp down on that. If you shut down the MBTA at 12:30 a.m. and your bars are open until 2 a.m., that’s another scenario I could never find out why that would happen. Of course, it helps Uber and Lyft and taxis, but if people can’t afford it, then they get into their own cars. Not everybody wants to do it, so we have to be careful and educate people at an early age, just as we have with alcohol and smoking. If we don’t educate people, it’s going to be problematic.

THC: Why should Cantabrigians vote for you over the other candidates?

JS: The difference between me and the other 25 is I have a bigger platform. I will keep my radio show if I win. That will give me the opportunity to fight for major issues. For instance, rent to own is not going to be an easy fight because developers have more money and a lot of ability to nix that issue. Well, I’ve got people on the air motivated to move. That makes so many issues I’ll focus on have the ability to move City Council. That’s the difference: the platform and the ability to fight for Cantabrigians. I’m endorsed by 12 labor unions; these are fighters. I’m proud to be endorsed by them. I am concerned that no citizen in Cambridge is left behind.

THC: Do you think the City Council should focus on local issues or are you pretty steadfast on focusing on issues caused by Trump?

JS: Cambridge is not an island. Even though climate change may make it one day if we don’t start maneuvering on this, we are all connected. Just to stay local and stay in your region makes no sense. We need to work with state governments; we need to advocate. Cambridge is a city of 110,000. Its proximity to Boston is right across the river. We shouldn’t just be hanging out and saying, “Alright, let everybody else take care of it.”