For Josh Burgin, a real estate consultant, traffic should be the focus of the upcoming Cambridge City Council election.
By Idil Tuysuzoglu 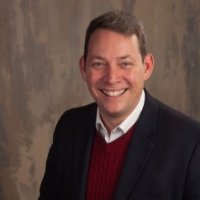 By Courtesy of Josh Burgin

For Josh Burgin, a real estate consultant, traffic should be the focus of the upcoming Cambridge City Council election. Burgin moved to Cambridge two years ago after working in software and politics. He values the cultural diversity of Cambridge and believes that affordable housing is crucial to keeping in middle class families in town.

JOSH BURGIN: I’ve never lived in a city as well-funded and as organized as Cambridge that had crosswalks without signage. I know that sounds silly, but with the ongoing conflict between bikes and car-drivers, it just seems like such a real paradox to me that we’re not managing expectations well across all of our intersections. These sort of non-standard approaches to non traffic management create risk through insecurity.

JB: This sort of speaks to my experience and who I am as a person. I’m originally from out of area. I have a good bit of experience both in terms of state and local politics. I worked for a state legislator for some time. I worked as an aide to a county commissioner, which put me in touch with things very much on the front lines of policy making around things like land use, public planning, budgeting.

JB: So there’s a whole range of things—from inclusionary zoning, where a certain percentage is cut out, to full blown public housing projects. I think there’s also some room around density expansion. I am not looking for unrestricted growth. In the same vein, I still think it is important to build density around transit stations and perhaps even look at some new bus routes or new transit options where you’re going to put whatever density you’re going to put in place.

JB: MIT, through its Volpe Center project, is making some effort to expand its overall housing for students. Harvard does a great job when it comes to undergrads, but when it comes to graduate students, a pretty big percentage of overall graduate students are living in non-Harvard housing facilities. What that’s doing in those non-Harvard housing facilities, and neighborhoods effectively, is pushing up the cost of housing because those young people are effectively amortizing the cost of their housing across multiple years of debt service. This, by its very nature, is going to allow those students to rationalize in paying more than they would if it was a normal market where it was a month to month sort of income. Harvard can and should do more to help in housing their own students to open access to those mid-tier families that have been pushed out because pricing and costs have gone too high.

JB: There’s two schools of thought: one says that let’s proactively campaign against the White House. This is emotional, it is effective in rallying support and I get it. I don’t think that it meets the day to day needs for the city. I get that tension and wanting to rail against the President and the administration, but I also think that this often distracts from the very real work that needs to be done in our neighborhoods.

JB: I’m absolutely about bike lanes. I understand that there is a significant percentage of the community who has chosen—in a good way—to prioritize bikes. And there’s a couple of tensions I see. One is between road bed and bike lane space, but it’s also between the small retailers that we say we want. We say we don’t want big chains, but by the same token—particularly on Cambridge Street—we’ve taken away parking spaces that were valuable to the small businesses that were located there, with no conversation whatsoever about replacing those. As much as I want to see expanded bike lines, I also think it’s important to have a legitimate conversation around, “If you’re taking 100 parking spaces away, what should we do to offset that?”

JB: We need to restrict the amount of linear space we’re offering to national chain businesses. Bank of America occupies about 90 linear feet of front-line Harvard Square space. And what are they doing with that space? It’s basically a large billboard. It’s not productive in any way, it doesn’t contribute to the community, it doesn’t contribute to the quality of life for Harvard students or to average Cantabrigians. The plan would restrict the amount of space to, I believe, it’s a 30 foot storefront. There’s no prohibition about conducting business, but you can do it in a way that’s not simply a badge or sort of a status symbol for your company: “Oh we have a large storefront on Harvard Square.”

JB: Massachusetts residents supported a constitutional amendment, which, I’ve watched the legislature, does not necessarily follow the mandate that was passed by the voters. For the legislature to tinker too much with it causes me concern on representation and some policy grounds. On the other hand, I don’t think it’s inappropriate for the city or the state to have rules around where or how. I would say that while I’m generally in favor of people’s ability to make choices around their own behavior, should the city take some common sense approach about where that consumption takes place, particularly in open spaces, parks, the Square, down the street, I would look at it very carefully and weigh that with the conflicts I’ve voiced here in this conversation.