Samuel M. Gebru is a 24-year-old Ethiopian-American who, since beginning school at Cambridge Rindge and Latin School, has been actively engaged in public service both within Ethiopia and Massachusetts governments.
By Samuel W. Zwickel 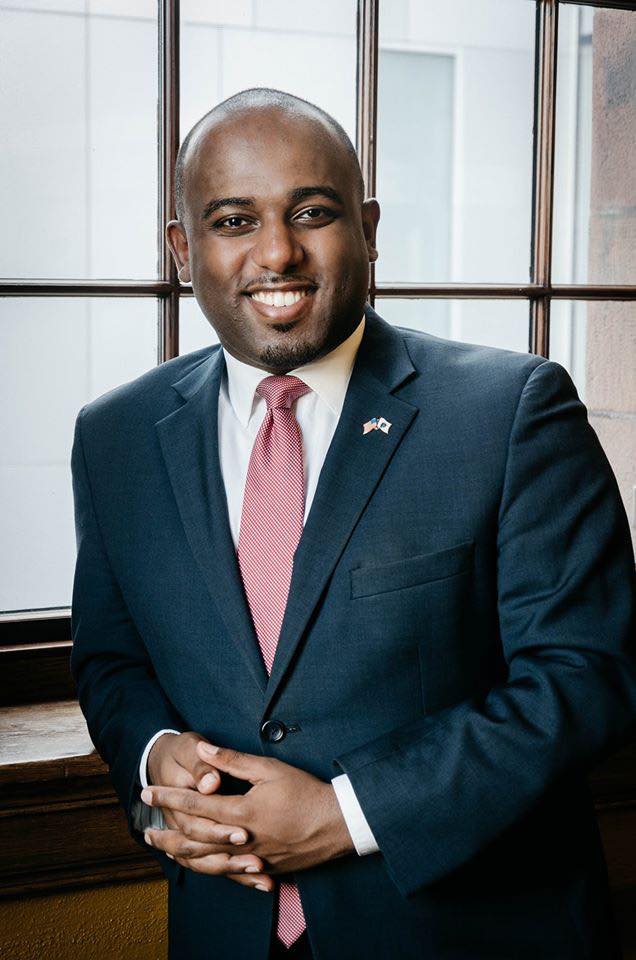 By Courtesy of Samuel Gebru

Samuel M. Gebru is a 24-year-old Ethiopian-American who, since beginning school at Cambridge Rindge and Latin School, has been actively engaged in public service both within Ethiopia and Massachusetts governments. He has served as a legislative intern to State Senator Steven A. Tolman, the first youth representative to the Executive Committee of the Cambridge Family Policy Council, Founding Chair of the Massachusetts Young Democrats Black Caucus, and founder of the Ethiopian Global Initiative. Gebru currently serves as Managing Director of Black Lion Strategies, a consulting firm focused on U.S.-Ethiopian relations, and is on the board of the Cambridge Community Center. His platform focuses on “building an inclusive Cambridge” by prioritizing social mobility, which he believes can be achieved by creating affordable housing and reducing economic inequality.

Editor’s Note: this interview has been edited for length and clarity.

THE HARVARD CRIMSON: What do you think are the biggest issues facing the Cambridge City Council right now?

SAMUEL GEBRU: My platform is about economic inequality and affordable housing. I believe that those are the biggest issues. I'm committed to building an inclusive Cambridge, and I think we can do that by prioritizing social mobility on the City Council. So that means providing all of our residents with the access, opportunities, and resources that they need to be successful. I don't think you can ever guarantee equal outcomes in life, but as long as you're able to provide people with an equal footing, that's the role of municipal government, in my perspective. If we are able to do the daily maintenance work of a City Council—our roads, our bridges, our water supply, our trees, our parks—but beyond that, if we're able to provide people with opportunities for social and economic mobility and affordable housing options, then I think we've done our job.

SG: I argue that we need to be building more housing. That's one thing that we haven't been doing, but it's a critical function of the City Council. I think, right now, the way you need to see it—and it's basic economics—there's a limited supply of housing. There are rental units in Cambridge now that are being occupied by people who have the ability to pay higher than what the market value is, just because they want to live in Cambridge, and they can afford to live in Cambridge. When I was in high school, more and more of my classmates were getting priced out of Cambridge every year, and I think that's unacceptable. What I would like to do is build more housing for all types of incomes. If you build more housing, and you increase the supply, especially around mass transit, I think we'll be able to solve this problem. The other thing is also making sure that, not only is the housing transit-oriented, but also that we're increasing options for homeownership. I think we can significantly enhance the first-time homebuyer program in Cambridge and make sure that we're providing more pathways to prosperity for our residents. Rental units are very important; two thirds of our city rents, and so we need to definitely increase the amount of rental units, but also, to the extent that we can, to also increase the number of homeownership units.

THC: Do you think Cambridge should respond to President Donald Trump's policies?

SG: Some of them that relate to our city, yeah. As much uncertainty there is and as much volatility there is in our national politics, we need to be able to tune that out and focus on Cambridge. I think it's been difficult for Cambridge because trying to stay on task is such a hard thing, especially when your residents feel threatened by Donald Trump. A lot of the work that Cambridge has been doing is just trying to reassure residents that all hell is not going to break loose in Cambridge. And that's a difficult thing to do. I would love to see us stay on message as much as we can while also reassuring our residents that the City is here for them.

THC: How do you think the City should or should not preserve Harvard Square's historical character?

SG: I think ultimately, when it comes to the future of Harvard Square, we're going to find a need to support and help small businesses to maintain their presence. It would be a real shame if we lost that character. The other thing that you have to remember is the entire Harvard Square area, and that whole area of Mid-Cambridge, is a historical district. There's not much you can do in terms of destroying the facade of these buildings, which also gives me a lot of comfort, knowing that Harvard Square will always retain some sort of historical and unique nature. No matter if there's a shopping mall that's coming into the Abbot Building, the facade will always remain architecturally the same as it always has been.

THC: How do you think Cambridge should balance the need for more bike lanes and concerns from residents who say they take up their parking spaces?

SG: I think we need to come up with an inclusive process that involves all stakeholders to ensure that we are providing safe streets for drivers, bicyclists, and pedestrians. It's possible, and we've done it before; I like to cite Western Ave. as an example. I live in that neighborhood, and Western Ave. is a beautiful example of a safe street design for bicyclists, drivers, and pedestrians. You know, I think the bike lanes that we put up in other parts of the city, while well-intentioned, were not as inclusive as we thought they were, and there's been a lot of backlash.

SG: I have very liberal views on it. I don't think we should be regulating it at all. It's a shame that it had to go to a ballot initiative last year, but it did. And I think right now it's just a matter of implementing it. I would like us to find spots to zone in recreational marijuana stores. I understand the concern from some residents that they don't want it near schools, they don't want it near hospitals. And those I agree with. But I think in certain areas, like Central Square, they are doable.

SG: I'm a 25-year-old who got my start in eighth grade, and I've worked on four election campaigns. Despite my relative age, being young, I do bring that level of experience with me, and the level of familiarity with Cambridge. If candidates or voters are looking at me, I hope that they're looking for a candidate who prioritizes economic inequality and affordable housing, who is committed to the values of economic justice, making sure that everyone has a fair shot. I’m also someone who has the lived experience of having been raised in Cambridge, who brings experience of organizing, bringing people together from different backgrounds, and who knows how to get things done.